Climate in Granada: when to go 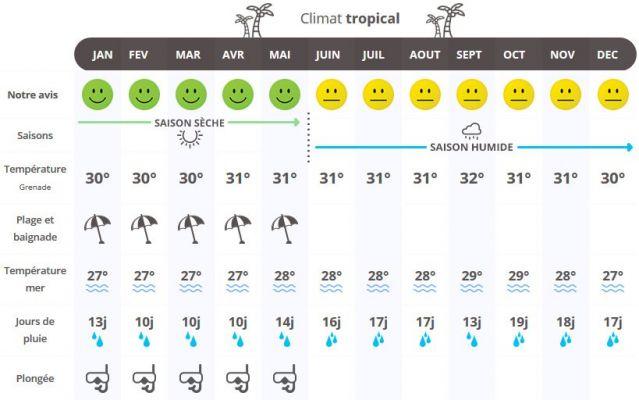 To begin, here is a summary of the climatic averages over the whole year in Granada:

Climate statistics were generated using data from the GRANADA/AEROPUERTO weather station. This is located in Spain, 16 km from Granada and is located at an altitude of 567 meters.

The best time to go, and the worst

We also bring some additional statistics which should allow you to choose which are the best times to stay in Granada, or the periods to avoid.

Which are the warmest months in Granada?

The months of the year with the lowest average temperatures in Granada are:
January (with 7°C), february (with 8°C), December (with 8°C), …

Which are the driest months in Granada?

Climate in Waterford: when to go ❯

add a comment of Climate in Granada: when to go