Between rue de Tostado and boulevard du Rector Esperabé, in a small alley perpendicular to rue de San Pablo, stands the tower of the Marquis of Villena, built on the ancient city wall.

On the first floor, you can see exposed (but little highlighted) some old stones, without explanation, including column capitals and large freestones. From the heights of this nest so high perched, we gaze at the ocher and reddish expanse of the tiles covering the buildings of the city center, the view of which, at night, is particularly beautiful, radiating with their Plateresque splendor the Convent of San Esteban and the Cathedral . 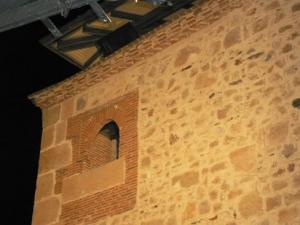 The legend (which was still recently inscribed along the walls and which could be deciphered as he ascended the tower) reports that Satan, incarnated as a sacristan, here dispensed his teachings of occult sciences, of art of divination, astrology and magic for seven years to seven apprentices. One of them, the Marquis de Villena, was tasked with staying alive in the tower and guarding it and its secrets. Some say he succeeded in deceiving the devil to gain his freedom, others claim that he sold his soul to Beelzebub to escape his duty. 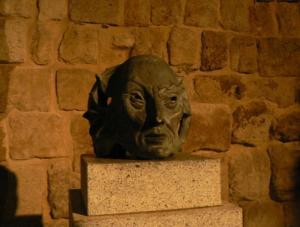 It says on the sign that the door closes (and therefore visits stop) at 22:00 p.m., but sometimes it stays ajar longer; you will therefore be alone, very alone… Will you tempt the devil by sneaking into the doorway? 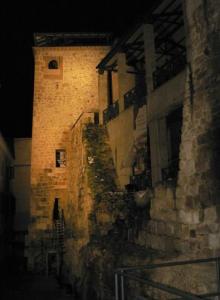