The Village of Grace

A small village of which the inhabitants are very proud, Gracia has long been considered an entity apart from Barcelona. 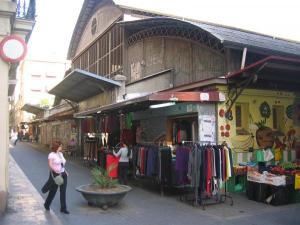 With the development of the agglomeration helping, Gracia first simply adjoined Barcelona, ​​to finally be integrated into it. Even if the very strong development of Barcelona, ​​today prevents to see, from the top of this hill, the sea (it was still possible less than a century ago), still today, a local population with strong identity, far from the hordes of tourists strolling on Les Remblas, allows you to savor architecture, small bars, restaurants, artists, literature,…

It is a district which suffered the brunt of the Civil War of 1936. Theater of the tearing of the Spanish population, after the 2nd Republic, Franco, with the help of the Italians and Mussolini, will pound the district, mark of the movements of the left (socialists and anarchists). A great confusion reigns and the population will pay, very dearly, this war. Witness the anti-aircraft refuges dug with a pickaxe more than 15 meters underground, to protect the civilian population, prisoners of the fighting, first between republicans and fascists, then between anarchists and all that may closely or remotely resemble to the right.

In short, a large number of intellectuals were forced to flee and go into exile, mostly in France, such as Josep Pla, Mercè Rodoreda,... Very vivid consequences have remained in the collective memory, very well transcribed in "la Place du Diamant". by Mercé Rodoreda.

The civil war is heavy with consequences: a country torn apart, Catalans brought to heel by Franco and a dictatorship that will slow down the social and economic development of the country for nearly 40 years. 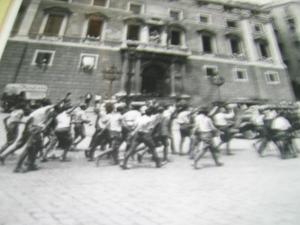 To relive, for a few hours, this village atmosphere, and try to smell this revolutionary period when intellectuals sacrificed themselves for the democratic cause, an association of official guides in Barcelona www.itineraplus.com.

And to complete this walk, go to Café Bar La Violeta, a small bar in Gracia, still in its 1936 juice. 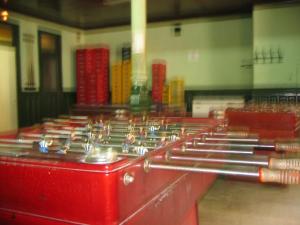