Full-day tour of the island of Menorca

Your day begins in the truly scenic areas of Arenal d'en Castell, with its beautiful semi-circle shaped beaches, and Addaia, with its picturesque harbour. 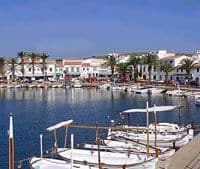 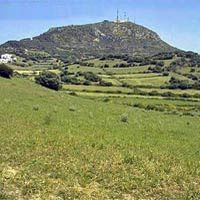 On the northern coast is the sleepy fishing village of Fornells, famous throughout Spain for its local specialty – Caldereta de lobster, or lobster stew.

A visit is also made to Monte Toro, the highest peak on the island from which the views cannot be described other than astounding. On a clear day, cast your gaze across the Mediterranean Sea to the eastern coast of Mallorca and dream of sailors and pirates of ancient times.

You will have free time for lunch (not included in the trip cost) in Cala Galdana, the clear blue sea that always seems to be calm and the pristine bay shaped like a horseshoe in a spectacular limestone cove. With the abundance of amenities close at hand, the resort can justify its title of "Queen of Bays".

In the afternoon, continue to Son Martorallet, a horse farm where you can see the horse shows. This is where the horses of Menorca will put on a dazzling dressage show for you!

Hotel pickups begin approximately 30-60 minutes prior to time, exact pickup time will be advised upon reconfirmation.

5 places to spend your summer holidays in Spain