Explore Athens and the ancient sites of Mycenae and Epidaurus with this special offer combining two very popular tours over two days! See the sights of Athens on a half-day tour, from the Changing of the Guard in Constitution Square to the top of Parthenon Hill. Then, set off on a full-day trip to Mycenae and Epidaurus, two ancient Greek sites on the coast of the beautiful Saronic Gulf. Each tour takes place on a different day, and you can choose to take the half-day tour in Athens on the first day to visit Epidaurus and Mycenae on the second day and vice versa. 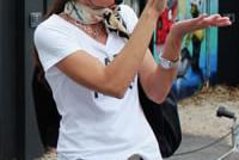 Half-day tour in Athens (morning of the 1st or 2nd day, at your choice):
Your half-day tour of Athens gives you an ideal overview of this ancient and modern city. Aboard a comfortable coach, pass the Tomb of the Unknown Soldier in front of the Parliament, gaze at the Presidential Palace, and drive along Omonia Square.
Then, discover the must-see sites of ancient Athens at the Acropolis, with a guided tour of the Parthenon, the Temple of Athena Nike and the Portico of the Caryatids. You can also visit the new Acropolis Museum and learn more about the legendary ruins high up in the hills of Athens.
Day trip to Mycenae and Epidaurus (1st or 2nd day, your choice):
You will need a full day to explore the ancient sites of Mycenae and Epidaurus. Depart Athens in an air-conditioned coach with your guide and take a scenic drive along the Saronic Gulf coastal road to reach the ancient city of Mycenae, a major center of Greek civilization from 1600-1100 BC. Once the heart of the legendary kingdom of Agamemnon, this archaeological site is littered with imposing ruins from the time of Homer's Iliad and Odyssey. You will visit the tomb of Agamemnon, the palace once surrounded by a wall and the gate of the Lionesses.
After a short stop in the picturesque port of Nafplio, visit Epidaurus, the birthplace of Apollo. This UNESCO World Heritage town was the most celebrated center of healing in the classical world and you will visit its perfectly preserved theatre, still used today for classical theatre. Lunch is included in this full day tour.

What to see in Greece? The 5 must-see destinations

Half Day Tour to Corinth, Athens

add a comment of Athens Super Saver: Half-Day Tour plus Day Trip to Mycenae and Epidaurus

We have been able to provide in 98% of times, the solutions that users were looking for when consulting our page.