With this special Athens offer, combine two very popular excursions for a two-day immersion in Athens and Delphi. See top sights on a half-day tour of Athens, from the Acropolis to Omonia Square. Then, set off on a full-day tour to discover the historic sites of ancient Greece in Delphi, considered the center of the earth and the universe in antiquity. Each excursion takes place on a different day. It's up to you if you want to do the Athens half-day tour on day 1 and visit Delphi on day XNUMX, or vice versa. Get a discount by booking these two excursions together! 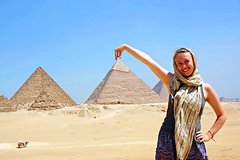 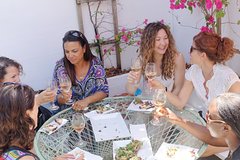 Athens Half-Day Tour (in the morning of Day 1 or Day 2 — you choose):
Your half-day guided tour of Athens combines the historic and modern city, from downtown Omonia Square to Constitution Square and the Changing of the Guard. After a drive with your guide past the Panathenaic Stadium, the site that hosted the first modern Olympic Games in 1896, take a trip down memory lane with a visit to this gem that is the Acropolis.
Visit the Parthenon, the Temple of Athena Nike and the magnificent Portico of the Caryatids, and learn more about the Acropolis and its ruins at the new Acropolis Museum.
Day trip to Delphi (1st or 2nd day – you choose):
Other temples await you at the archaeological site of Delphi, dedicated to the cult of Apollo and the site of the legendary oracle of Delphi from classical times. Leave Athens aboard an air-conditioned coach for the journey to Delphi and stop briefly to stretch your legs in the town of Livadia, a small town in the center of the country near the legendary Mount Parnassus. Leaving Levadia, continue to the ski resort of Arachova on the slopes of Mount Parnassus. Stroll through Arachova, notice the still handcrafted flokati rugs for sale in the town's shops.
Next stop: the famous archaeological site of Delphi, where you will take a guided tour of the legendary ruins, discovered in 1882. The ancient site of Delphi was a sanctuary of Apollo and birthplace of the greatest Greek oracle, who received prophecies from the gods.
This tour includes a visit to Delphi's most important buildings, including the ancient Temple of Apollo, now a poignant collection of pillars and steps and once home to an eternal flame. Follow the Sacred Road to the restored Treasury of the Athenians, a temple of classical architecture with Doric columns.
You can also visit the stadium site, where music competitions and the Pythian Games, similar to the games at Olympia, were held every four years; the first games were held here in 776 BC. JC.
While in Delphi you can also visit the site archaeological museum, full of statues of athletes, gold and ivory from the site, with its famous piece, the bronze statue of a Charioteer.
This tour includes a Greek lunch in the modern city of Delphi, which neighbors the archaeological site.