What are the most beautiful villages in Auvergne? Here are our 11 favorites! 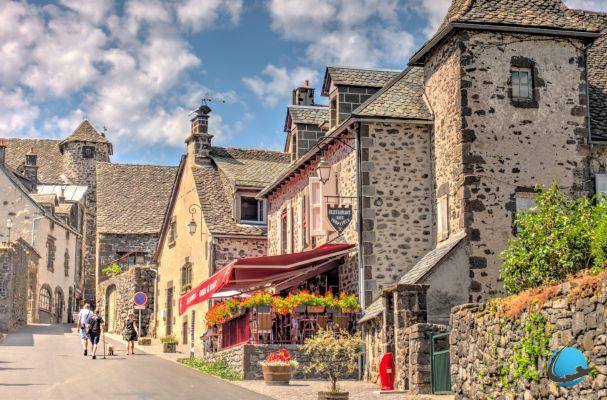 Auvergne, located in the heart of the Massif Central, is conducive to healing. Spas, natural parks, lakes, sports activities, etc. It's a little paradise for a real break from everyday life. Auvergne is also a rich historical and architectural heritage, as well as an exceptional built heritage. Often nestled in beautiful natural areas, the most beautiful villages of Auvergne suggest that time has stood still. Come and discover them!

Located in the Puy-de-Dôme, Usson proudly exhibits his Auvergne soul from the sides of a volcanic peak. A route through the village offers a nice stroll in the middle of the winegrowers' houses and the fortified walls of the village. Outside the city, you can observe basalt columns. These natural treasures can be found on a path that leads to the statue of the Virgin, overlooking the village. With its superb panorama over the chain of puys, Usson is undoubtedly one of the most beautiful villages in Auvergne. 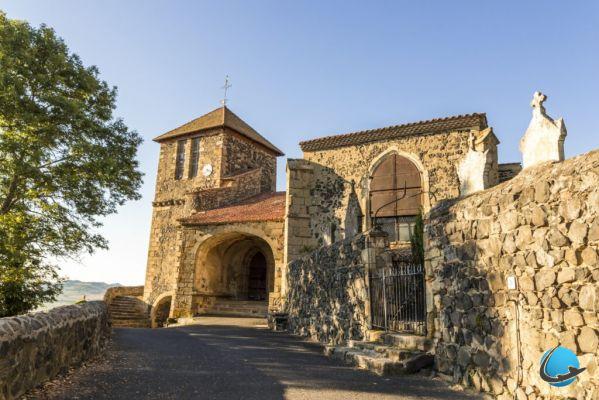 Only 20 km from Clermont-Ferrand, Montpeyroux is one of the most beautiful villages in Auvergne. Its name comes from the mountain made of stones on which it is built. As much to tell you that the view is superb ! Located on the axis of the A75 motorway, it is an ideal break on the road to vacation. Unlike the villages built from basalt, the medieval city of Montpeyroux is very bright, because the buildings are built in blond Arkose stone. 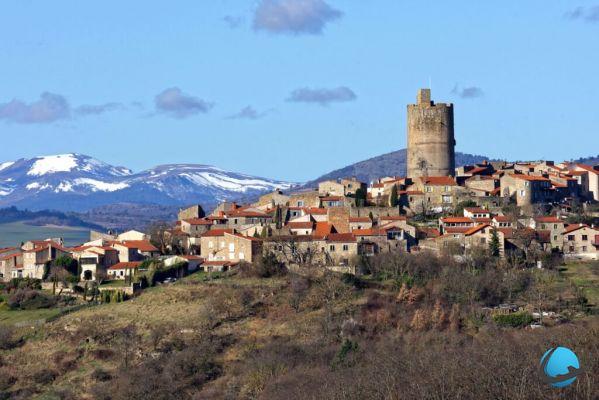 Salers is not only one of the most beautiful villages in Auvergne… In 2012, this pretty city of Cantal was elected 4th favorite village of the French by Stéphane Bern in the program “The favorite village of the French”. A great recognition for a town that is both warm and austere, traditional and fashionable, greedy and simplistic. Everyone enjoys discovering Salers with its cheese, cows, artisans and imposing lava stone houses. 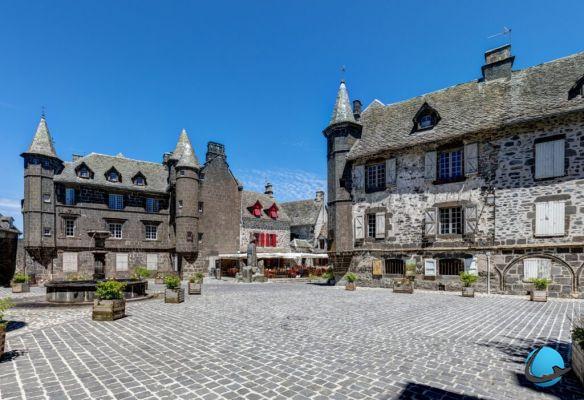 Located in Haute-Loire, Blesle accumulates labels. Classified among the “Most Beautiful Villages of France”, it is also recognized as a "city of Art and History". We understand perfectly why, when we walk through its charming alleys. We discover the Saint-Pierre church, half-timbered houses and mud, as well as a dozen bridges overhanging a enchanting river that winds through the village. 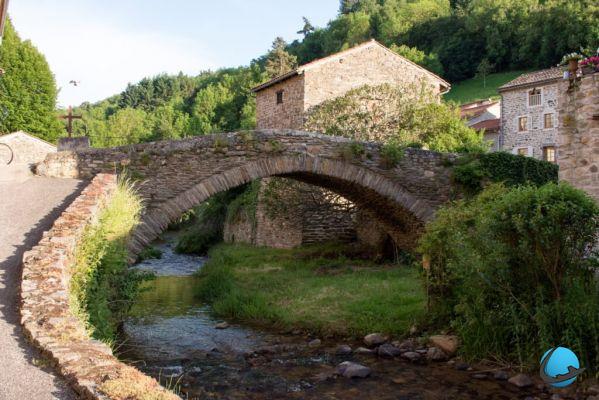 Charroux, a small quiet town in the Allier region, is a must-see for lovers of old stones. In the cobbled streets, around its fortified gates or in the center of the Cour des Dames, time seems to stand still. In Charroux, everything brings back to the medieval charm of yesteryear. If you want to go back in time, it is in this most beautiful village of Auvergne that you must go without hesitation. 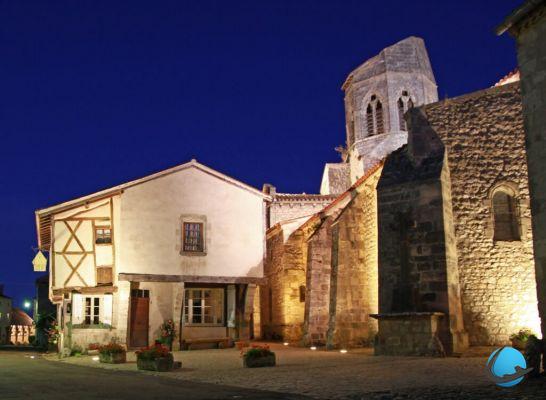 Lavaudieu, between stroll and culture

How good it is to walk around Lavaudieu and let your mind wander! A little stroll along the river in which its magnificent old bridge is reflected, offers a total disconnection from everyday life. But Lavaudieu is also a remarkable abbey with a beautiful Romanesque church and a charming cloister. 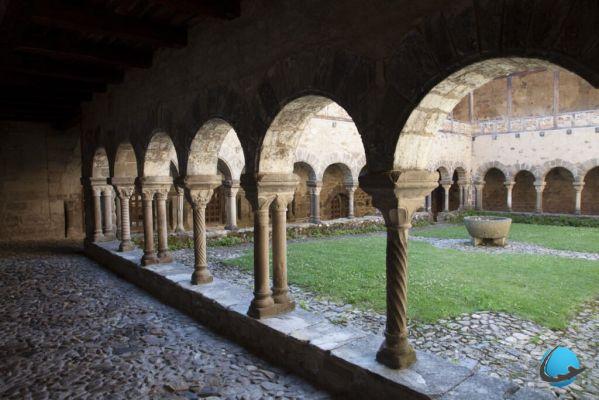 Arlempdes really has it all: a castle built on top of a basalt spur, a breathtaking nature with the Loire which surrounds it with a nice meander, a charming Romanesque church and many other treasures. With all its attractions, Arlempdes easily ranks among the most beautiful villages in Auvergne… and among those with the most character! 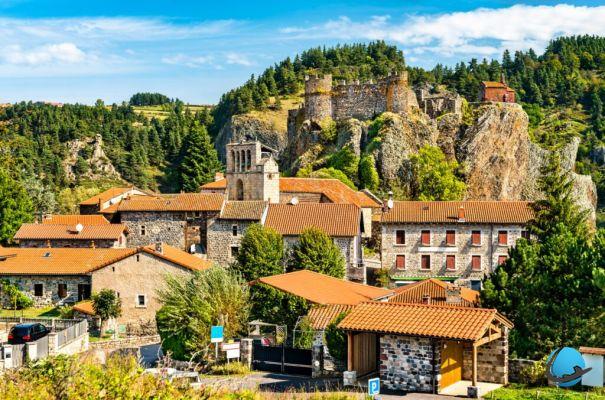 Do you see the Ardèche, Lozère and Haute-Loire? Well, it is at the crossroads of these 3 departments that Pradelles found its setting at an altitude of over 1 meters. This privileged position means that it has always been a place of passage which has allowed this charming village to prosper. Arcaded square, mansions and fortifications bear witness to this rich past. In addition to being one of the most beautiful villages in Auvergne, Pradelles offers many activities: vélorail, hikes or nautical activities at the neighboring Lake Naussac. 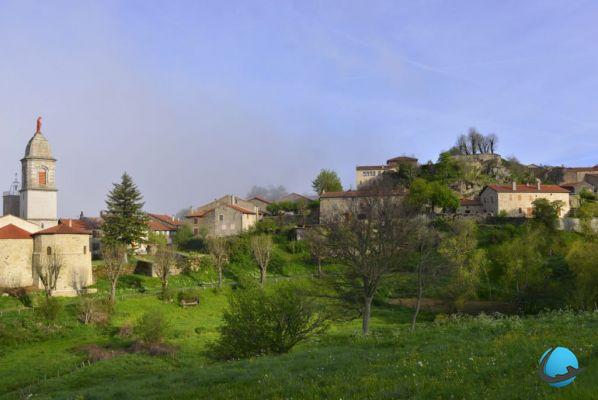 Tournemire, a castle nestled in the heart of greenery

Tournemire is surrounded by exceptional mid-mountain nature, with the Cantal mountains as its only horizon. The village was built in medieval times around a castle. Its houses in lava stones and slate roofs are theperfect illustration of the typical architecture of the region. Dominated by the four towers of Anjony castle, Tournemire proudly competes with Salers, less than 30 km away. 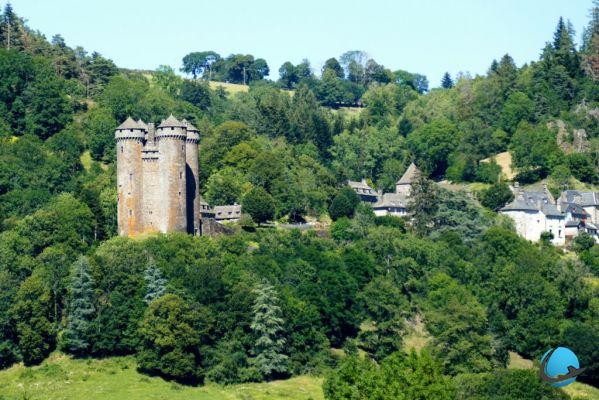 Saint-Saturnin, the Romanesque art of Auvergne

Auvergne is known for its beautiful Romanesque churches. That of Saint-Saturnin, a village located about twenty kilometers from Clermont-Ferrand, is theone of the most famous in the region. It is therefore important not to miss a short stop in this most beautiful village of Auvergne which took place on a lava flow. Also not to be missed: its fortified castle which greatly contributes to its fame! 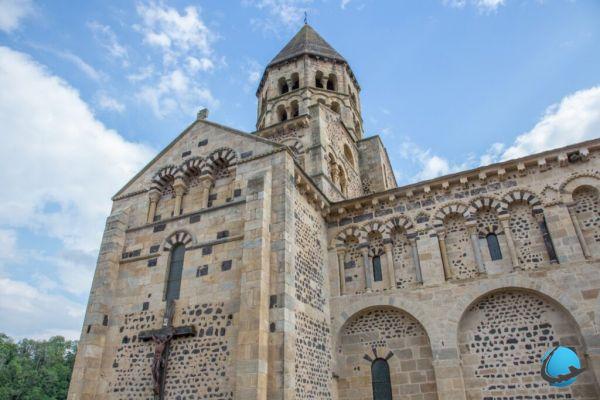 The Church of Notre-Dame de Saint-Saturnin

Saint-Floret, legends, nature and vestiges of the past

With barely 300 inhabitants living in the village and the surrounding area, Saint-Floret is a small town in Puy-de-Dôme. But it is probably one of the richest in historical and natural heritage: archaeological site, washhouses, ossuary, castle and its keep with XNUMXth century frescoes, mineral spring, etc. Clinging to the Couze Pavin gorges, Saint-Floret is one of the most picturesque villages in the region. 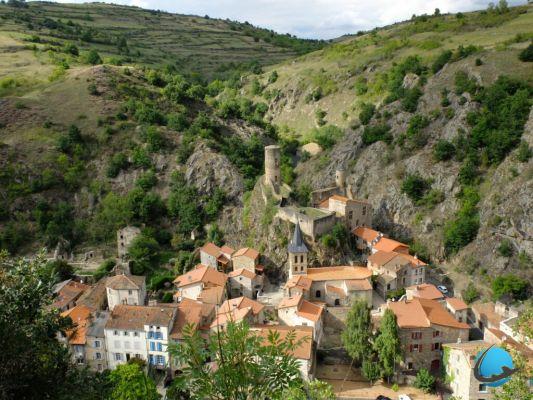 Beautiful villages in Auvergne… but not only!

Auvergne is rich in villages of character. If you like the authenticity and charm of old stones, your stay will be well filled. You can also broaden your field of action by discovering the whole of the new great Auvergne-Rhône-Alpes region, or by visiting the most beautiful villages of Ardèche (neighboring Auvergne). A nice road trip in perspective!

What are the most beautiful villages in Brittany to see absolutely? ❯

The campsite in the "Original" version

4 nature getaways to do in the Hérault department

10 things to know before visiting Marseille

Why go on a stay in a club?

The most beautiful castles of the Loire to visit

Add a comment from What are the most beautiful villages in Auvergne? Here are our 11 favorites!