The Episcopal Museum of Vic

The Episcopal Museum of Vic is simply exceptional. Perfectly integrated into the immediate environment, it was designed as a chronological journey showing the evolution of art in the region.

The development is particularly successful thanks to this adapted architecture, centered on a majestic altarpiece and greatly facilitates the visit.

It is a good example of Catalan mastery of museum art. 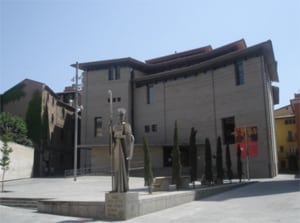 The project for this Museum was born in 1891 from an ecclesial initiative, something impossible in France where the property of the Clergy was confiscated.

Father Guidol wanted to centralize in a Museum the many works of art scattered in the area and subject to many thefts.

It was in 1995, following the signing of an agreement between the bishopric of Vic and the Government of Catalonia, that the project to modernize the first Museum was born.

It shows once again the effort made by the Catalan authorities to enhance their heritage, a successful mission and in a beautiful way. 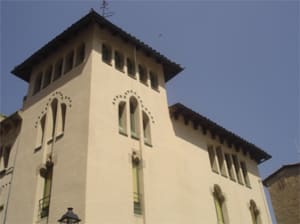 The Museum is therefore resolutely modern, and designed as the mirror of a kind of Art Nouveau castle facing it, showing the desire to integrate into the city.

It is the work of two architects, including the author of the transformation of the Olympic stadium in Barcelona and was inaugurated in 2002.

We progress in a spiral around a masterful central altarpiece, all in a discreetly modern atmosphere that highlights and puts the past into perspective.

The collection contains both archaeological elements, vestiges of the first religious constructions of the region, as well as goldsmithery, fine and elegant glassware from the region and superb fabrics and liturgical vestments.

A compendium of Romanesque decorative art 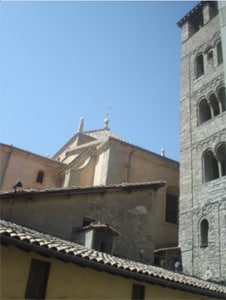 The entrance to the Museum is masterly with a descent from the cross coming from the Church of Santa Eulalia in Erill de Vall in the Val de Boi and which dates from the first half of the 12th century.


This set of wooden sculptures, made using period techniques, which make extensive use of stylization, nevertheless releases a great force that fills the entire Museum.

You then continue your discovery of Romanesque art through statues and paintings, each more exceptional than the last and which should convince the most recalcitrant to Romanesque art.

But visiting this museum is also an opportunity to understand the influence of the Romanesque in the Gothic through the works of the local master Lluis Borrasa.

add a comment of The Episcopal Museum of Vic