Take a day trip southeast of Granada, where you'll find the Sierra Nevada massif, home to a wide variety of Spain's flora and fauna. Spend a day exploring the rock massif and escape the crowds and noise of the city. 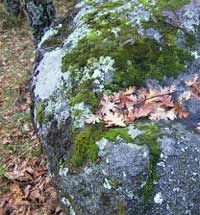 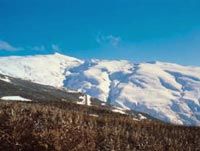 Embedded in the central part of the Penibetic Mountain, the Sierra Nevada massif constitutes the largest mountainous area in Spain, with a structure of its own. Called "Sierra du Soleil" by the Arabs, it is home to one of the most diverse ranges of fauna in Europe.

The Sierra Nevada is a rock massif that forms a clearly distinct geographical unit. It is located southeast of the city of Granada and stretches along the western end of Almeria. It offers a striking contrast between the soft reliefs of hills to other more abrupt areas. The highest peaks of the Peninsula are found in this Reserve: Mulhacen (3.482 meters) and Veleta (3 meters).

The main plant species that dot this rock massif are groves of holm oaks, deciduous forests, chestnut and Melojo oaks, high mountain groves and padded scrub on the highest peaks, where the species forms a cushion to protect against winter temperatures and icy winds.

As for the fauna, there are invertebrates that are exclusive to this massif, including more than 20 species of butterflies.

On the way back to the hotel, you will have the opportunity to sample a local tapas menu.

Starting point :
Hotels located in the center of Granada or the Alhambra

Hotel pickups begin 30-60 minutes prior to time, exact pickup time will be advised upon reconfirmation.

Return details:
Return to the starting point around 16:00 p.m.

add a comment of Sierra Nevada Day Trip from Granada