A discreet and active young Franco-Spanish woman lives in Poblenou.

For one morning, she takes me passionately to visit the neighborhood where she lives. With Florence, from "Barcelona Otherwise" who put us in touch, we stroll through this rapidly changing district where the city and the beach are neck and neck. Very personal visit where she evokes the love of her companion who made her migrate from Gracia to Poblenou. We even visited his apartment, a social housing which was bought by his friend: a vast, modern 4-room apartment. The sharing economy, sharing economy, is also that: personalizing the guided tour to embody local life. 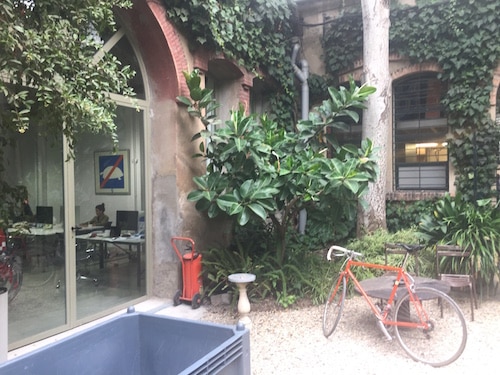 In the neighborhood of Emmanuelle, there is also a tradition of collaboration, the workers gathered in cooperatives to produce and consume. It is here that the large textile factories of the 19th century, metallurgical,… were established. Workers, migrants from all over Spain and all the continents came here to try, if not their chance, quite simply, to live there. Until a few decades ago, migrants and gypsies congregated in barracks on the beach. A life that is not easy but united. Modern witnesses of this era, several HLM, with Stalinist construction, are proudly erected, facing the sea. 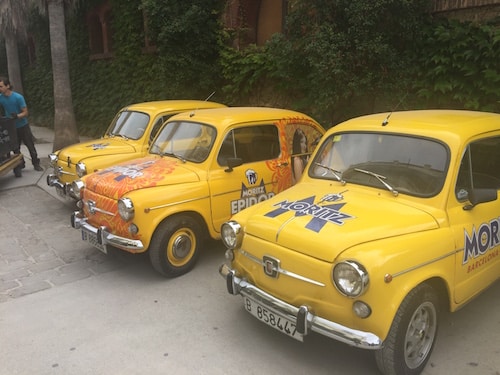 It is this working-class tradition that naturally pushes the inhabitants to unite and fight against pharaonic 5* hotel projects. Because on the northern border of Poblenou, a block away, the mega-constructions of condominiums and hotels have piled up on the Diagonal district. So we create vegetable gardens that we hope will last forever, we brandish signs against capitalism, banks and expropriation. Today the Town Hall has embarked on vast redevelopment projects: between two large chimneys, brand new buildings and factories have been transformed into Hi-Tech companies, digital incubators. In Palo Alto, a former factory, we find ourselves in an enchanting, green and very sore setting – organic canteen, design workshops, event and communication offices,… the paradise of the Millennials. By contrast, while on the Ramblas and its proximity, tourism is teeming, in Poblenou a small neighborhood life is concentrated, still preserved. At the very end, after crossing a large garden park where families come to picnic on weekends, you reach a vast beach, worthy of those of the Atlantic. I had the impression for a few hours of sharing the local life of Poblenou. Emmanuelle, my guide, generously invited me to approach the feelings of the local population. Her experiences with humanitarian NGOs in Spain and Africa naturally led her to embark on this form of collaborative tourism. And if this new economy was the announced return of a beautiful utopia of sharing and solidarity, which we really need? 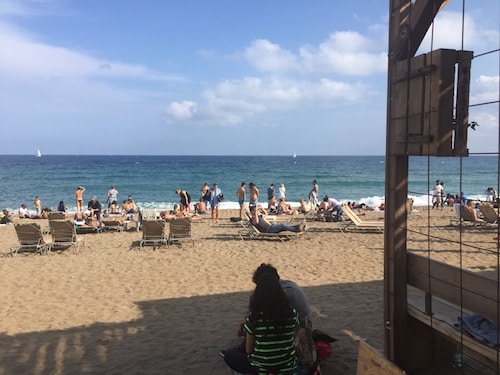 Practical visit of POBLENOU   Barcelona has 10 districts and Poblenou is one of the 10 districts (Barris) that make up the District of Sant Marti. 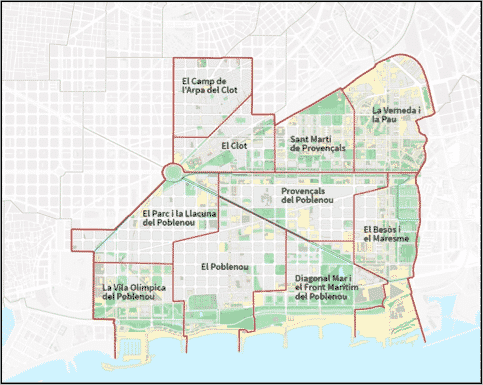