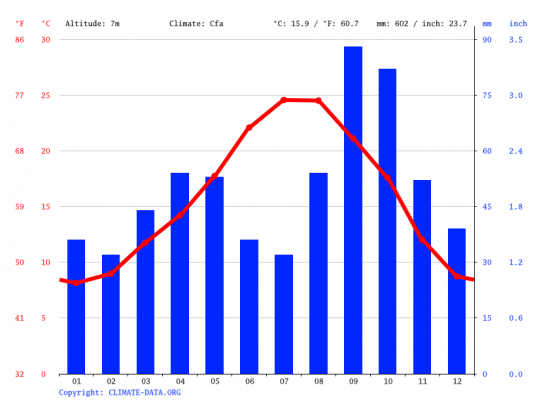 To begin, here are the main values ​​of the climatic averages over the whole year in Torredembarra:

These climate statistics were calculated using information from the TORREDEMBARRA weather station. This station is located in Spain, 2 km from Torredembarra and is located at an altitude of 2 meters.

The best time to go, and the worst

Below is some additional information that should allow you to choose the best season to stay in Torredembarra, or the periods to avoid.

Which are the hottest months in Torredembarra?

In Torredembarra, the months of the year with the highest maximum temperatures are:
August (with 30°C), July (with 29°C), September (with 27°C), …


Which are the driest months in Torredembarra?

In the surroundings of Torredembarra

Climate in Poitiers: when to go ❯

Climate in Santa Coloma de Farners: when to go

add a comment of Climate in Torredembarra: when to go