An astonishing rock in the shape of an elephant 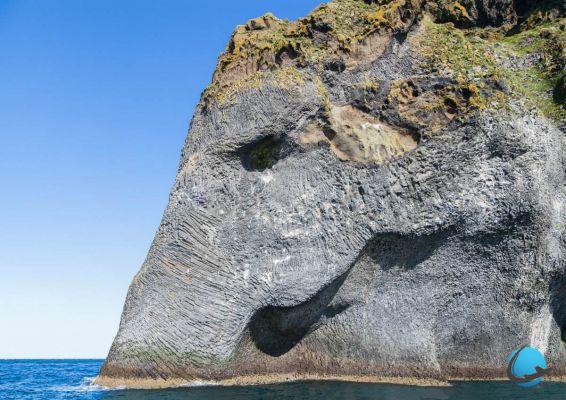 Iceland is truly a surprising country. In addition to its geysers and green valleys, the island is also home to an astonishing rock nicknamed Elephant Rock. A rock in the shape of ... an elephant, of course!

Nature has many surprises in store for us. The island of Heimaey, a small islet of 13km², off the coast of Iceland, attracts more and more curious people. We can indeed observe a huge rock shaped like an elephant - or mammoth depending on the interpretation - called “Elephant rock” or Fíllinn in the original Icelandic version.


A rock, it deceives a lot

The resemblance is striking, down to the rough skin of the pachyderm. The scene is impressive, the cliff is shaped in such a way that one has the impression that an elephant is drinking in the ocean, dipping its trunk in it. This appearance comes from the material of the cliff itself, which is mostly basalt.

Indeed, the island of Heimaey belongs to the archipelago of Vestmannaeyjar, which is a set of volcanic islets. In the 1970s, Heimaey Island's volcano, the Eldfell, erupted. It was the lava flow resulting from the eruption that helped form this elephant-shaped cliff. But this is not completely natural: the inhabitants of the island would have used various methods to cool the moving lava as quickly as possible and thus create the particular shape of this cliff. But it is not known whether this shaping was voluntary or not.

If the place is already magical for tourists, the Icelandic archipelagos attracting many nature lovers, the precision of the work resulting from the volcanic activity of the island of Heimaey is an increasingly popular local curiosity, located at only 7 km from the south coast of Iceland. 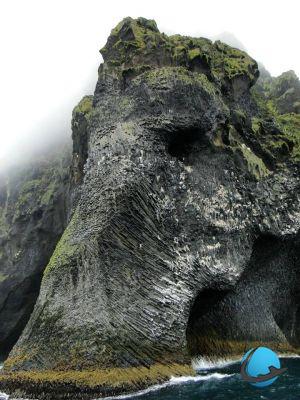 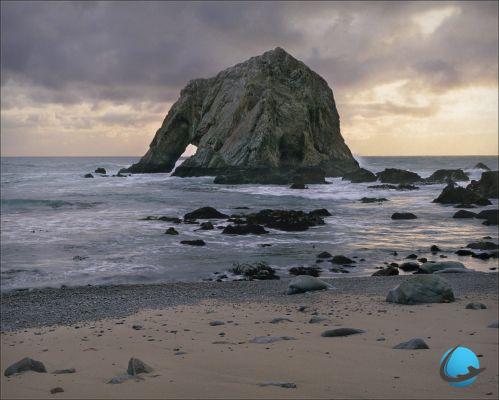 A road trip to discover Iceland

The most beautiful photos of geysers in Iceland

The 9 landscapes of Iceland that you must absolutely see