Climate in Himeji: when to go 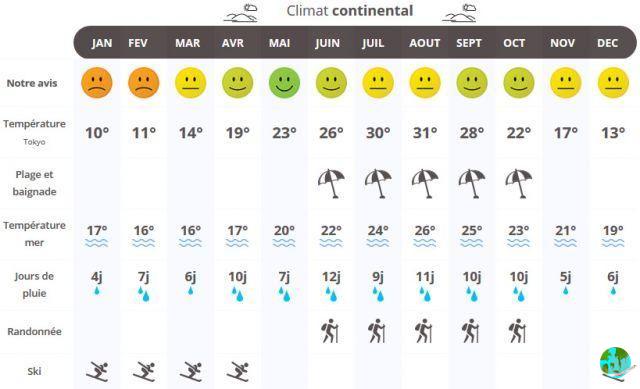 Here are the key elements of Himeji's year-round weather averages:

The climatic averages were calculated using the values ​​recorded by the HIMEJI weather station. This one is in Japan, 4 km from Himeji and is at an altitude of 40 meters.

Below are some details that should allow you to choose which months are good for your stay, or which months to avoid.

Which are the hottest months in Himeji?

The months of the year with the lowest average temperatures in Himeji are:
January (with 4°C), february (with 6°C), December (with 7°C), …

Which are the driest months in Himeji?

Climate in Zhumadian: when to go ❯

Climate in Kitakyushu: when to go

Climate in Gifu: when to go

Climate in Kochi: when to go

Climate in Kanazawa: when to go

Climate in Kawagoe: when to go

add a comment of Climate in Himeji: when to go