With this Athens special offer, combine three very popular tours for a two-day immersion in Athens, Cape Sounion and Delphi. Ideal for those who already have accommodation for the night, this guided tour will show you some of the best-preserved ruins and stunning spots in Greece. In one day, you'll see the Acropolis of Athens and the Parthenon, then venture to the Temple of Poseidon at Cape Sounion, a stark white monument high on a cliff overlooking the Aegean Sea. On day two, return to ancient Greece for a day trip to Delphi, the site of classical Greece's most important oracle. 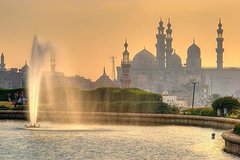 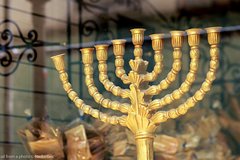 1st day: Athens tour and half-day excursion to Cape Sounion
You will be picked up from your Athens hotel in the morning and taken aboard a comfortable air-conditioned coach for a sightseeing tour. With your guide, explore the city's historic and modern landmarks, including central Omonia Square and Constitution Square. Pass by the Panathenaic Stadium, the site of the first modern Olympic Games in 1896, and visit the jewel of the city of Athens, the Acropolis.
Stop at the famous Parthenon, the Temple of Athena Nike, and the magnificent Portico of the Caryatids, and learn more about the Acropolis and its ruins at the Acropolis Museum.
Then enjoy free time to relax and have lunch (own expense) before embarking on a journey to Cape Sounion in the afternoon, passing the idyllic beaches of the Saronic Gulf.
Arrive at the stunning Temple of Poseidon, a stark white monument atop a rocky hill overlooking the Aegean Sea. Your guide will tell you all about this incredible site, which was built in 44 BC. You will then return to your pre-booked Athens hotel for the night.
Day 2: Day trip to Delphi
In the morning, relax on the journey to Delphi, making several stops. Arrive at the archaeological wonder and take a guided tour, learning how the site was dedicated to the worship of Apollo and once housed classical Greece's most important oracle.
Visit Delphi's most important building, the ancient Temple of Apollo, now a poignant collection of pillars and steps. Follow the Sacred Path to the restored Athenian Treasury, a classically designed temple with Doric columns.
You can also visit the site's stadium, where musical competitions and the Pythian Games, similar to the Olympic Games, were held from 776 BC. Then, visit the Archaeological Museum, full of gold, bronze and ivory statues, and enjoy a Greek lunch in the nearby modern town.
After your tour, reminisce about your incredible experience of Ancient Greece on the way back to your Athens hotel.
Note: you can choose the order of the days for this tour. See the Tour Options section below.