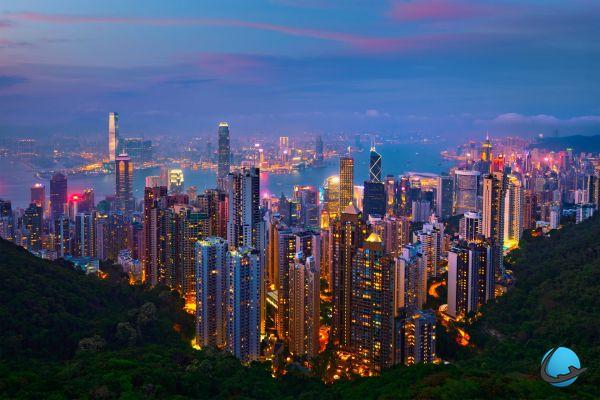 The bewitching city of Hong Kong attracts several thousand visitors each year in search of an exotic trip to the crossroads of the capitalist world and traditional China. The name Hong Kong means "Port of perfumes", it recalls the history of the city where sailors, Chinese traders and British adventurers mingle. Over the past century, the city has been able to develop while preserving its traditions, testify to many historical places to visit absolutely.


A bit of history: British influence

Hong Kong is still just a collection of fishing villages when Great Britain claimed possession in 1842, following the first opium war with China. The Kowloon Peninsula to the north and the northern territories will join the British Empire at the end of the 19th century. A visit to the city's history museum is very interesting in this regard. The city then experienced a tremendous expansion, becoming the beacon of capitalism in Asia. Returned to China in 1997, Hong Kong enjoys the status of Special Administrative Region (SAR).

The main island, Hong Kong Island, constitutes the heart of the territory. It is the strategic place to put down your luggage since it brings together many hotels, while remaining close to the main attractions of the city. In the evening, do not hesitate to walk the streets of the Lan Kwai Fong district. Very lively, they are teeming with trendy bars and restaurants.

Hong Kong Bay is one of the city's best assets. It offers magnificent views of the "skyline" of Hong Kong Island, especially from the legendary Star Ferry, which connects the island to the Kowloon peninsula. Pic Victoria also offers a splendid panorama, embracing a large part of the archipelago. A fabulous spectacle by day with the forest of skyscrapers, but absolutely enchanting at night, when the city is adorned with a thousand fires. A magical moment not to be missed during your stay! In the evening, a stroll along the Tsim Sha Tsui waterfront will allow you to admire the "Symphony of Lights", the spectacle that features the island's skyscrapers on a daily basis. 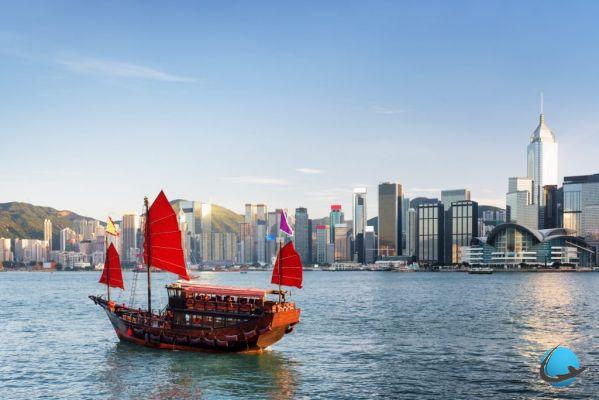 The Symphony of Lights

The Symphony of Lights is a show during which Hong Kong's skyscrapers are in the spotlight: Two International Finance Center, Bank of China Tower, Cosco Tower, United Center or Ho Man tin Hill Road. They are indeed highlighted by spotlights of all colors. Lively and playful, the show is very popular with all visitors.

The city has proclaimed itself the “shopping capital of the world”. Suddenly, there is no shortage of shopping centers and stores of all kinds. Everything can be bought in Hong Kong and for cheap! Many products such as electronics are sold duty free. The largest shopping malls are in the Central district on Hong Kong Island.
In Kowloon, besides the famous Nathan Road, the Temple Street night market is sure to be one of the highlights of your stay. 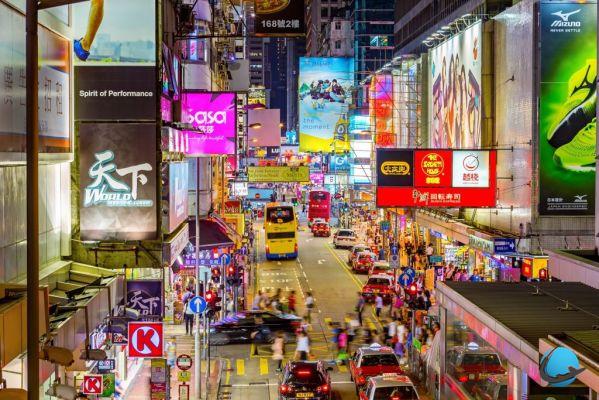 Despite popular belief, Hong Kong is not all about concrete. Rich in cultural events, the city also knows how to highlight its past. Sik Sik Yuen Wong Tai Sin Temple, located on the Kowloon Peninsula, is a perfect example of Chinese religious architecture.

Your stay would not be complete without going to greet the giant buddha statue, on Lantau Island. . Sitting at the top of the Ngong Ping plateau, he is like his city: immense. Its 34 meters make it the largest outdoor Buddha statue. A technical and artistic feat to be admired up close, after having climbed the some 200 steps that lead to the plateau.You can also take the opportunity to go and see it as soon as you arrive, since the airport from which you arrive international flights can be found on this same island. 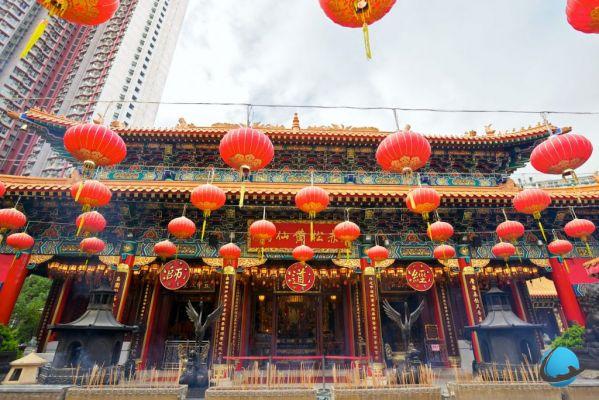 After a few hectic days, you will certainly enjoy some rest. Why not take the opportunity to go stroll on Cheung Chau Island, where many residents come to spend their weekends? The island offers magnificent beaches and, if the season permits, the possibility of swimming. You can also go for seafood - it is delicious - at the seaside restaurants in Sai Kung Town. 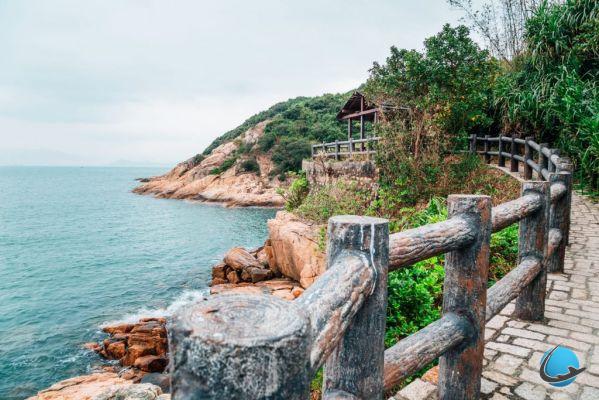 In order not to be lost when you arrive in the immensity of this city, we make you benefit from its practical information and its good plans: tourist office, transport…

The tourist office has offices in Paris. Contact them to obtain documentation and prepare your trip as best as possible or visit their website.


The tourist office also has several branches in Hong Kong:

We also recommend that you purchase an Octopus card. It works like an electronic wallet and allows you to pay quickly and easily on public transport. Also note that many restaurants and museums accept it. It is on sale at the airport and in the main metro and ferry stations, for a flat fee.

The current currency is the Hong Kong dollar (HKD).

A passport valid for 6 months after the date of departure is required to travel to Hong Kong. On the other hand, it is useless to obtain a visa.

Getting to Hong Kong: The international airport, located on Lantau Island, receives several daily flights from France. It takes about 12 hours of flight.

Getting around Hong Kong: The train and metro network covers most of the country. It's a great way to get to the main sites quickly. To go from island to island, the ferry remains the fastest and most convenient way. Finally, for a stroll around Hong Kong Island with its picturesque taste, know that there are still several tram lines, some dating from the beginning of the 20th century. 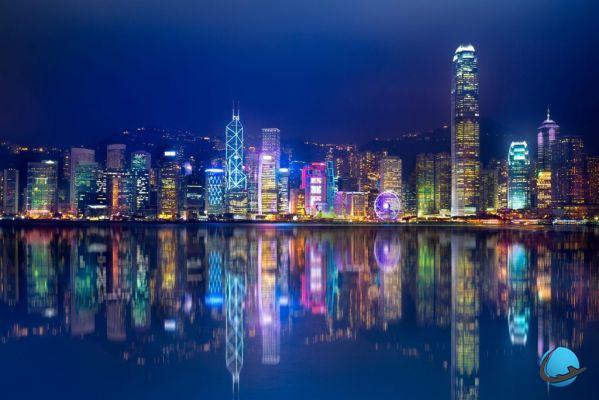 Hong Kong is even more beautiful from the sky

Add a comment from Discover Hong Kong: exotic and captivating