Xunantunich and the Belize Zoo

Towering temples and exotic animals! Is this the latest Hollywood action movie? No, this time it's real and you're the star. Travel to Belize by ferry to see stunning Mayan ruins, and marvel at the majesty of the Belizean rainforests. And concerning the fauna and flora? You will see unique native species in their natural habitat at the Belize Zoo. 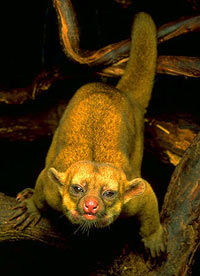 Departing from Belize City, you will travel along the Western Scenic Highway through the Cayo District to arrive at the impressive Mayan site of Xunantunich. Before arriving at the entrance to this ancient city, you will cross the Mopan River by a 19th century ferry.

“El Castillo” (the castle) is the largest temple in Xunantunich and shows its dominance by its dizzying height. From the top of "El Castillo", you will have panoramic views of the surrounding tropical forests in the Quartier de Cayo, as well as the border towns between Belize and Guatemala.

After a hot meal at a restaurant in the Cayo area, you'll return back to Belize City. Along the way, you'll stop at the Belize Zoo, the sanctuary for species native to the country.

The Belize Zoo was originally intended for animals that were injured or donated to the facility and could not be returned to the wild. The zoo now houses an impressive number of big cats, primates, reptiles and birds. You will have the opportunity to observe the abundant flora and fauna of Belize in one place.

A tour of historic Belize City

A day trip to Xunantunich from Belize City

add a comment of Xunantunich and the Belize Zoo