Why go to Cambodia? Journey to the heart of captivating Asia ... 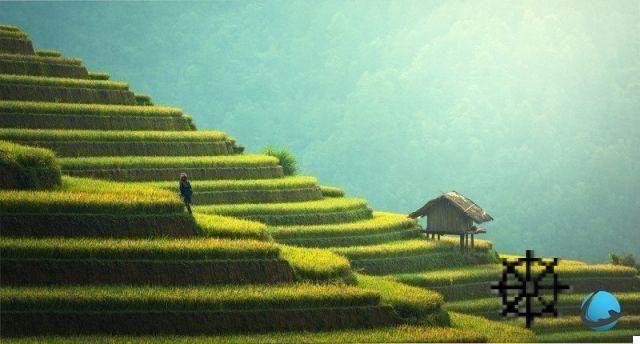 Cambodia is a country that can once again be visited with confidence, from its capital Phnom Penh to the Angkor monumental complex. Why go to Cambodia? It is the assurance ofa unique trip where the beauty of its landscapes and its nature rivals the sense of welcoming its inhabitants.

A country traumatized by the Khmer Rouge

Today, Cambodia is still a country in reconstruction. Literally destroyed by the Khmer Rouge regime between the years 1975 and 1979: massacre of populations, in particular intellectual elites, destruction of the education system, famine ... The country remains poor but is progressing, thanks in particular to the opening up to tourism which has come hand in hand with the return of security to the country. There is now many places of memories as in Phnom Penh - Tuol Sleng museum, former S-21 prison - and the Choeung Ek memorial, former extermination camp. 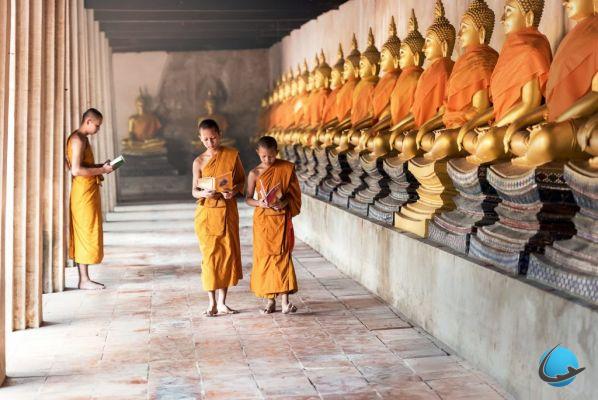 Why go to Cambodia and start the visit with Phnom Penh? Because it is in the capital that the journey usually begins. This city has many Buddhist religious buildings: you should definitely visit the remarkable Wat Phnom pagoda or the Silver pagoda, located near the Royal Palace.
Phnom Penh is also a vibrant city where to stroll allows to appreciate the diversity of the architectures as well as the vitality of its inhabitants, evidenced by the immense central market, also called market of Phsar Thmey. 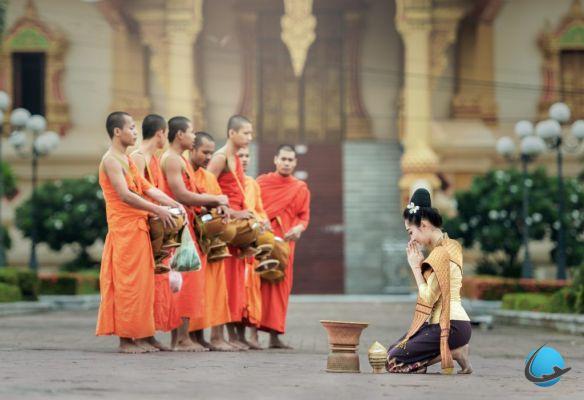 After the capital, direction Angkor, ancient capital of the Khmer empire who ruled over part of South-West Asia between the XNUMXth and XNUMXth centuries. Its remains are located in the north of the country and are classified as World Heritage by UNESCO. Angkor has several sets of monuments to visit.
Among the most famous, we find the temple of Angkor Wat, whose shape has been taken from the Cambodian flag: surrounded by a moat, its complex architecture is decorated with bas-reliefs and has 5 towers arranged in staggered rows within the central sanctuary. which gives the temple its characteristic silhouette. 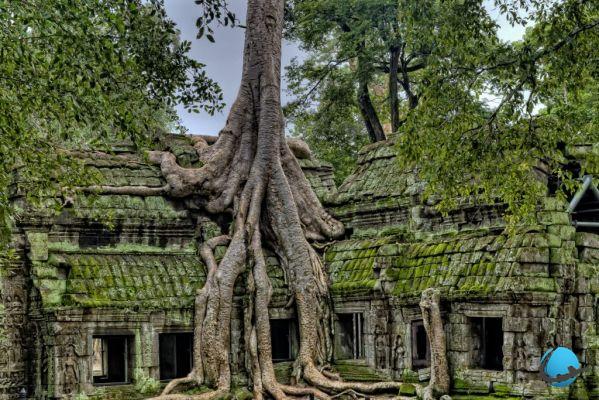 Venture into the jungle of Cambodia

The second major set of Angkor is called Angkor Thom, which once hosted the royal city. More or less invaded by the jungle, the city has several remarkable temples like that of Phiméanakas or two terraces: the terrace of the Elephants and the terrace of the Leper King, both appreciated for the finesse of their bas-reliefs. This reason alone should answer the question “why go to Cambodia”!
Also worth seeing about twenty kilometers north of Angkor, the temple of Banteay Srei, discovered later during an exploration of the Cambodian jungle by the French Middle East School. 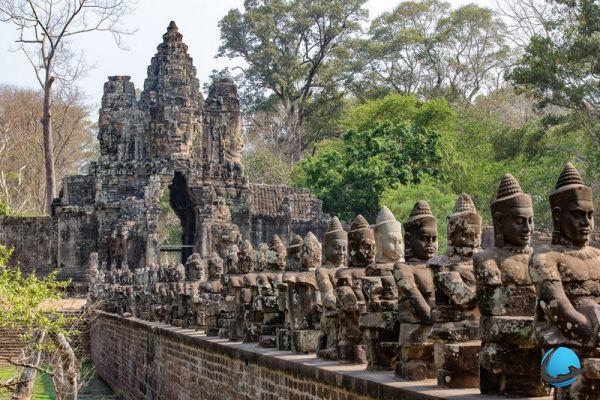 Like many Asian countries, Cambodia has a typical and refined gastronomy which mixes French, Vietnamese, Thai and Chinese influences. Rice is the main ingredient. For lunch in restaurants, travelers can feast on many dishes based on grilled fish (trey aing) or fried (trey chean), or even in soup (somla machou banle).
More atypical, some Cambodians do not hesitate to feed on locusts or grilled tarantulas ... Notice to amateurs!

Tips for accommodation in Cambodia

Because of the destruction carried out by the Pol-Pot regime, accommodation in Cambodia today can be quite expensive because most of the hotels are recent constructions built after the arrival of the UN in the early 90s. Hotels in Phnom Penh can therefore sometimes be quite expensive, especially if they are booked at the last minute.
Finally, it is in the guesthouses that we find the best quality / price ratio with cheap rooms. A major advantage of this type of accommodation, it allows direct encounters with Cambodians.

Why go to Chicago? City-trip between earth and sky! ❯

Cambodia or Vietnam? Which destination is right for you?

This glass shoe is actually… a church!

Add a comment from Why go to Cambodia? Journey to the heart of captivating Asia ...