Where to go on Safari? The star countries of Africa 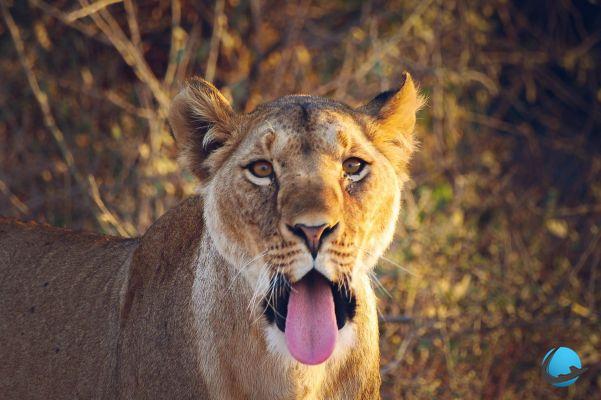 It is on the east coast of the continent that we identify the most beautiful national parks and that most safari trips are organized, in Kenya or Tanzania in particular. These two countries offer exciting photo safari possibilities but other trips are also worth a visit, in Southern Africa for example. South Africa, Mozambique, Namibia ... to find your way around and know where to go on Safari follow the guide!

Before going on an adventure, remember to organize the trip well. Booking hotels in advance is almost compulsory even in the case of a last minute stay. In addition, booking your accommodation and preparing your trip through a tour operator often allows you to benefit from cheap rates, while ensuring your safety. The latter are very practical intermediaries since safaris are always accompanied by a guide, transported, and in a national park or a protected reserve.

Review of the featured safari countries:

A safari in Kenya

The country the most recognized for a safari holiday is Kenya. It has a huge and famous nature reserve, that of Masai Mar, from the name of the tribe that inhabits it, the Maasai (or Maasai) and the Mara river. After landing at the airport in Nairobi, the capital of Kenya, several hours of runways still separate you from the savannah of the Masai Mara. Once arrived, the safari can begin with the discovery of several dozen species of mammals in their natural state - giraffes, rhinos, buffaloes, hippos, lions, cheetahs, monkeys - but also reptiles - pythons, Nile crocodiles - or birds - ostriches, cranes, snakes.

Discover in this slideshow, all the species that you can see during a photo safari in Kenya 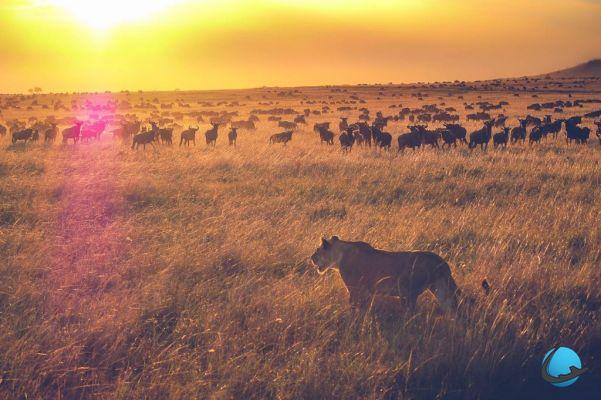 But Kenya is also famous for its natural sites such as Lake Bogoria, home to tens of thousands of flamingos depending on the season or Amboseli National Park, which offers a breathtaking view of Kilimanjaro, highest peak on the African continent.

A safari in Tanzania

Kenya's neighbor, Tanzania, is Africa's other “safari” country. It has within it the Serengeti National Park, the second largest park in Africa, which covers 15 km000 and has more than 2 million wild animals. A true "Mecca" for wildlife photographers - Yann Arthus-Bertrand has made his ranges here - the Serengeti park is home to mainly 5 species: the lion, the leopard, the elephant, the rhinoceros and the buffalo. 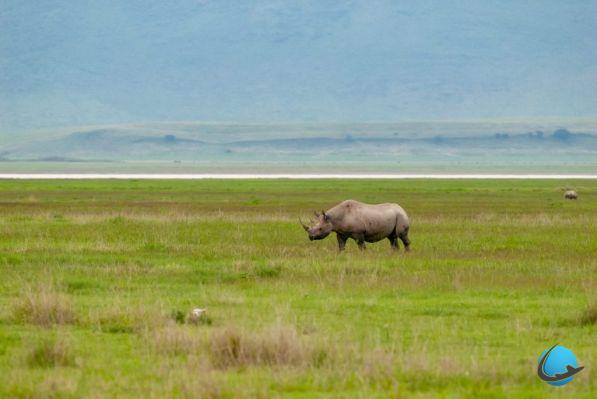 A safari in Southern Africa

The entire southern part of Africa is also suitable for photo safaris. Depending on whether you are on the West Coast (Namibia), East (Mozambique) or the southern tip (South Africa), climate and geography vary enormously and modify the species present. Each country therefore offers different types of wild animals to observe: zebras in the Etosha National Park in Namibia, gazelles and springboks in the national parks of South Africa and Mozambique, crocodiles near the delta of the Okavango in Botswana… The safaris organized in these countries are generally very high-end and therefore more expensive.

Entry formalities
For most of the countries mentioned, only a valid passport is necessary to enter the territory. However, to know the specific cases and the possible need for a visa, consult the embassy of the country in question.

How about a safari in France ?!

For smaller budgets or those who wish to treat themselves to a weekend safari, the Peaugres animal park in Ardèche offers an unusual experience of discovering animals in semi-freedom. It is traveled by car - a sensation guaranteed if an animal decides to climb on your hood - and allows a global vision of the different species that can be seen during a safari in Africa.

Read also :
10 places to see animals in the wild (or almost) in France 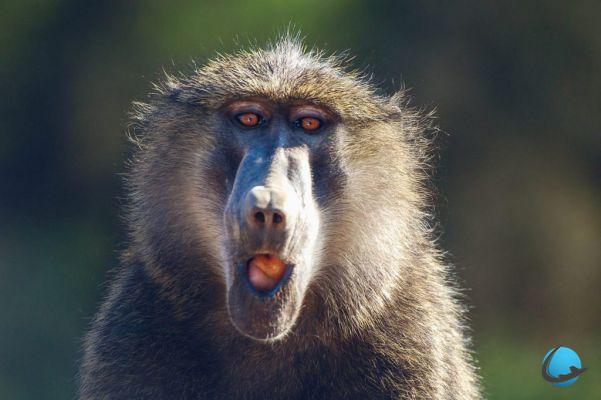 Where to go skiing abroad? ❯

Vienna or Prague: a match between the capitals for a better city-trip!

Family travel: where to go in Asia and Oceania?

Where to go on a honeymoon? Our ideas for an unforgettable honeymoon

How to prepare well for your world tour?

Add a comment from Where to go on Safari? The star countries of Africa