Where to go in July? Our travel ideas 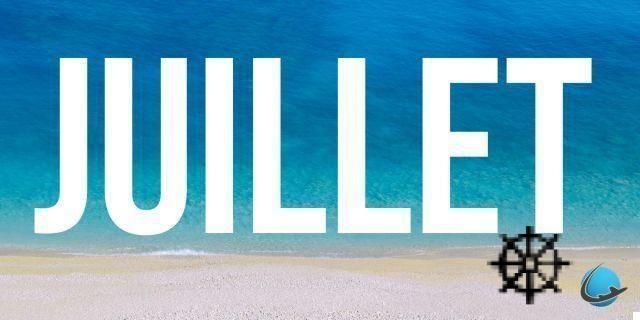 The best places for this summer month

Need tips and advice for your July vacation? Then you have come to the right place! We've found the best destinations for you to go to this summer. We have also taken into account everyone's desires and / or fashion (as a couple, with the family, inexpensive, in France, in Europe, in the world, etc.). Good reading !


Your sunny holidays in July 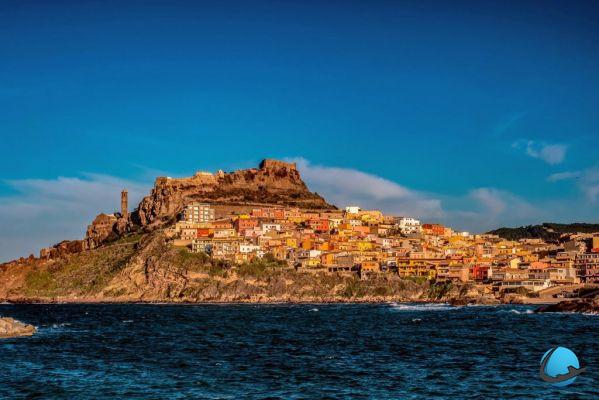 This month of the year is ideal for exploring Sardinia. Both north and south, white sand beaches and crystal clear waters await you. In the north, the superb Costa Smeralda is however a little more populated in high season than those of the Gulf of Cagliari. To visit a more traditional Sardinia, that of the hinterland, prefer the low or mid-season when it is less hot. The generous sun of the Balearic Islands bathed by the Mediterranean also attracts tourists and night owls from all over Europe every summer to sunbathe and have fun. Beyond the seaside pleasures, Majorca, Minorca et Ibiza, are home to a number of treasures, monuments and archaeological remains to be discovered. The sumptuous Adriatic coast bordering Croatia invites you to admire such beautiful cities as Zadar or Dubrovnik. Want to have fun? Between sun, rum and rumba, Julyists will not be disappointed by a stay in Cuba where the famous Santiago carnival takes place for more than a week.

Where to go cheap in July? 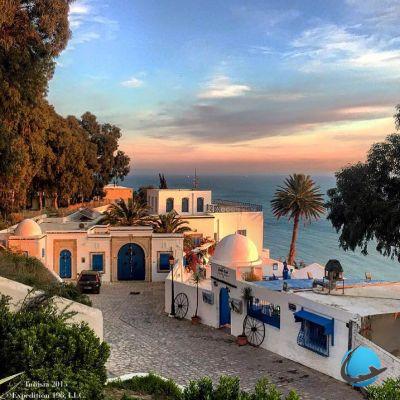 Spain and its affordable seaside resorts meet the expectations of those on a tight budget, starting with Barcelona and the entire seaside area along the Costa Brava. The prize for cheap vacations goes to Tunisia. Thanks to the attractive offers from the main players in tourism, you will enjoy high quality hotels, 300 km of coastline and an interesting cultural heritage to discover such as that of Carthage or the ancient site of El Jem. By booking in club hotels and other establishments that offer all-inclusive offers, you will have an unforgettable vacation without breaking the bank. Campsites or mountain lodges in superb regions of France such as the Ardèche or the Gorges du Verdon will seduce inexpensively lovers of hiking and nature pleasures. In Ardèche, this period is also rich in traditional events such as the International Festival of Folklore of Romans not to be missed. 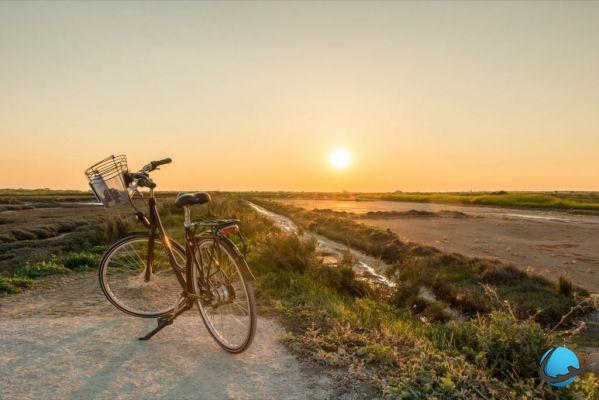 Where to take your little tribe at the start of summer? Why not in the south of France where a good number of campsites await you from Montpellier to Nice, all along the Mediterranean coast. The Île de Ré is also very popular in this season for its seaside infrastructure (camping and lodgings) and more than 110 km of cycle paths suitable for family walks. Even if the temperature of the Atlantic Ocean remains lower than that of the Big Blue, this wild island attracts for its family atmosphere. The Pyrenees mountain range also appeals to families who come on vacation to enjoy the sun and the great outdoors in the heart of green valleys and grandiose landscapes. Between walks, canyoning and marmot observation, the Pyrenees are the guarantee of invigorating and unforgettable holidays for young and old. Desire to escape ? The island of Paros in the Cyclades guarantees you total amazement and a rich palette of activities.

Go in love? The most romantic destinations in July 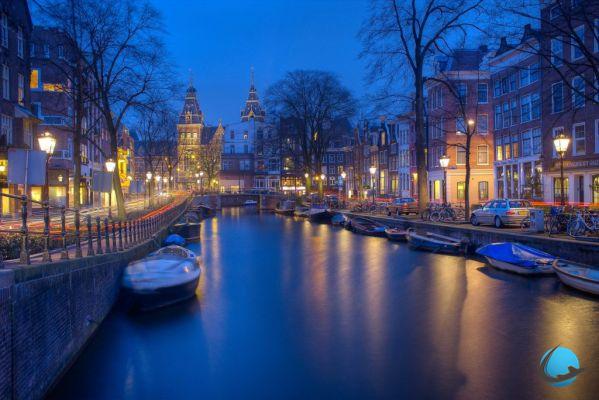 At the heart of an archipelago of nearly 30 islands, Stockholm is an ideal city for a romantic getaway between city and nature while taking advantage of mild temperatures. Summer facilitates walks and the many possibilities for boat trips through the archipelago. Another romantic destination, Saint Petersburg, its 342 bridges as well as its priceless artistic and cultural treasures. The “White Nights” celebrate summer in the imperial capital with their share of festivities. Amsterdam and its canals, a city to be explored by bike, will also appeal to couples looking for a romantic setting conducive to tender declarations. Fancy some sun? Set sail for the Cyclades, a beautiful Greek archipelago. Some islands, although magical, such as Santorini, being more touristic in the summer, favor the charm and tranquility of Serifos or Syros to shelter your love.

Europe, the best places for juillettists 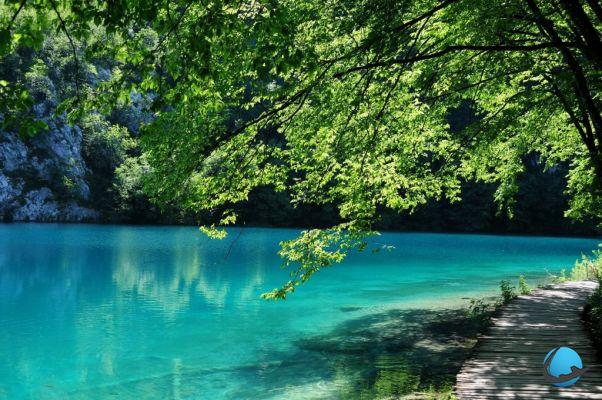 If you are looking for heat, the south of Europe and more particularly Spain, Italy, Sicily, Greece, Croatia, the Canaries or Portugal are top destinations. They will satisfy both holidaymakers in search of cultural discoveries and seaside pleasures on beaches where sunshine is guaranteed. Others, less attracted by the heat, will prefer to visit northern Europe and countries like Iceland where the thermometer oscillates between 15 ° C during the day and 8 ° C at night. You will benefit from long days as the Icelandic night is very short at this time of year. It is also the time to travel through Ireland, Scotland with its castles and wilderness or Denmark, a Scandinavian country that takes advantage of the influences of the Gulf Stream with temperatures not exceeding 25 ° C in July. Although Denmark experiences a few rainy episodes, this time of the year remains one of the most pleasant to discover the country and especially Copenhagen!

Where to escape in France in July? 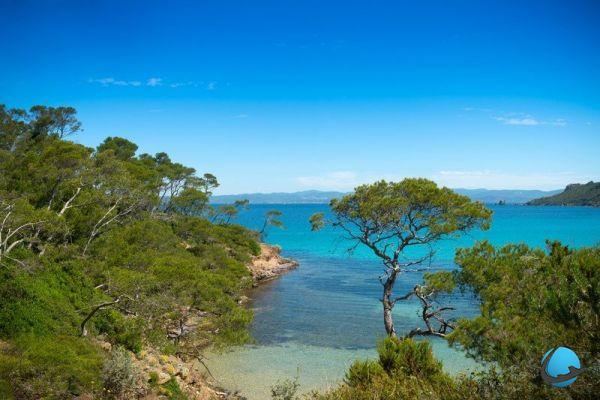 With temperatures everywhere in good weather, France guarantees you a great vacation whatever the destination you choose. The coast of La Manche, warmed by the sun, brings together all the conditions for a perfect stay and the assurance of beautiful discoveries, starting with that of Mont Saint-Michel. The Atlantic coast, with the exception of a few rare rainy episodes, offers you maximum sunshine which you will enjoy on the immense ocean beaches, from Vendée to the Basque coast via the Aquitaine coast. This month is also the time to visit Paris, deserted in summer by its inhabitants as well as the center of France or even the east as far as Alsace. You can also discover the joys of the mountains in summer near Savoie or Haute-Savoie and cool off on the entire Mediterranean coast or in Corsica.

Asia, some destinations to discover in July 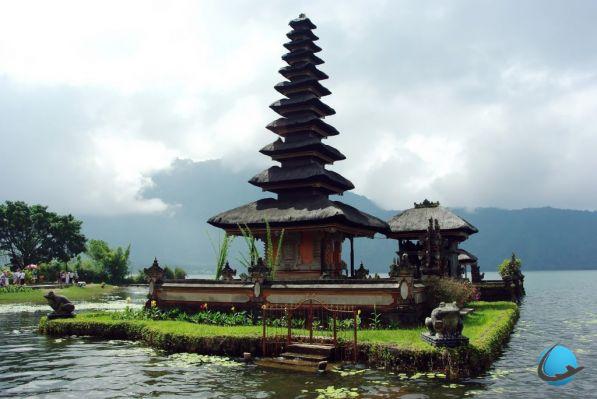 Indonesia and its equatorial climate softened by sea winds is an ideal destination (during the dry season) where temperatures oscillate between 25 ° C and 30 ° C. You will find the most beautiful beaches there, including those of Kuta and Nusa Dua in Bali, those of Lombok or Sumatra, the westernmost island of the archipelago. Take the opportunity to discover Java, an island of wild beauty. This month is however the time of the high tourist season with more people than usual. Avoid as much as possible the period of Ramadan if it falls at this time, the restaurants are closed and other constraints could complicate your stay. This period is also favorable to stay in the northern and eastern parts of Sri Lanka. Mangoes are delicious this season, and in Jaffna in the north you can attend the 25-day Nallur festival (until August).
In Western Asia, Jordan and its famous Jerash art and culture festival, for its part, programs a series of concerts and operas in the unforgettable setting of ancient ruins. Don't miss it!

July, where to go in Africa?

A large part of the African territory benefits at this period of a hot and humid equatorial climate with sometimes heavy rains in certain regions. It is however the ideal period to travel to North Africa, to Morocco in particular cooled by oceanic winds near Agadir or Essaouira. With its dry and sunny days this month of the year is also the time to take a photo safari in the parks of South Africa, Namibia and Botswana.

Where to escape in July in America? 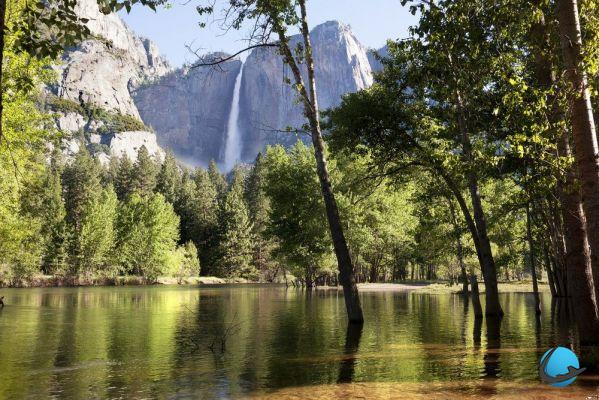 In Bolivia and Peru, the rains gave way to beautiful sunny days. Be careful, it can be cold at altitude. In South America, it's time to travel through Brazil, the Rio region and plan the exploration of the Amazon. July is also, in North America, an excellent time to survey Yosemite Park or the other national parks of the United States. You will be able to climb in altitude without being bothered by too cold temperatures. Also book your plane ticket to visit California. A word of advice, avoid going to Louisiana or Florida because of the humidity and the hot weather.

Where to go in Oceania in July?

Set course on North and Central Australia where winter, which runs from June to August, allows you to visit Queensland in particular without being inconvenienced by the heat. This season is also the time to explore the Great Barrier Reef. However, southern Australia should be avoided due to cool temperatures and rainy weather. In Polynesia, the time has come to put your suitcases on the archipelago of leeward islands like Tahiti or Bora Bora, a dream destination with breathtaking seabeds to admire while diving or snorkelling.

Have the choice for a pleasant vacation

With this diversity of destinations, you have a multitude of possible combinations for a successful vacation! So if you haven't booked your trip yet, now is the right time to get started!

Where to go in March? Destinations to wait for the return of spring ❯

Tips for responding well to sunburn

Repatriation insurance: how does it work?

How to travel with a disability: practical advice

Add a comment from Where to go in July? Our travel ideas