What to see and what to do in North Korea?

"There are really things to do in North Korea"? If you have chosen the Hermit Kingdom for your next trip, you will certainly be faced with these kinds of questions, punctuated by doubtful looks or even disapproval. Because we must not delude ourselves, the destination fascinates as much as it repels, attracts as much as it worries. Despite this mixed image, where everyone has their own opinion, we are pleased to announce that yes, there are indeed many visits and activities in North Korea, and for some even, classified sites heritage of UNESCO as well as nice curiosities. It should nevertheless be kept in mind that you will discover the country in strict compliance with the rules indicated by the state. You are under a totalitarian regime, so there is no room for misconduct. But don't panic, your guide will be there to accompany you throughout your stay. 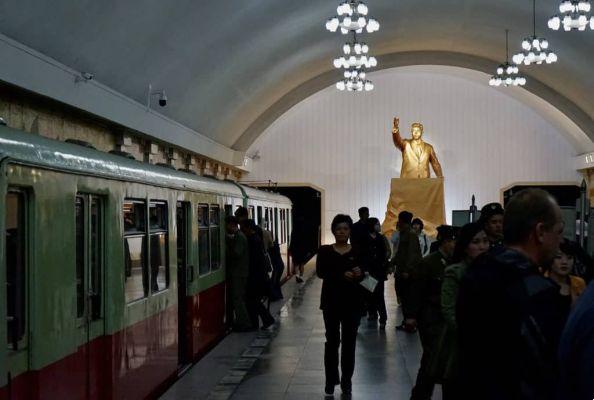 This is the mandatory step in all the programs offered, whether you are in a group or on a private circuit. It is here that stands the great places dedicated to the glory of Kim Il-Sung, the "Great Leader", and you will see that they are not lacking: imperial buildings, monumental frescoes or even gigantic statues, you will have everything the leisure to observe these buildings and for you too, to pay homage to the president. Among the places to visit you will find the hill of Mansuadae and its bronze statues of Kim Il-sung and Kim Jong Il in front of which it will be welcome to bow your head, like all the other foreigners visiting the site, the Arc de Triomphe, the Juche Tower, the statue of Chollima, or the Kumsusan Palace and the huge Mausoleum of President Kim II Sung.

For museum lovers, don't miss the Korean War Museum and its memorial. If you like curiosities, you can also ask to take a ride in the metro which, like that of Moscow, is a veritable palace, or to visit the International Friendship Exhibition. It has no less than 150 rooms and brings together 211 gifts offered to the presidents of North Korea, including a tea service offered by François Mitterrand!

What to see in the demilitarized zone? 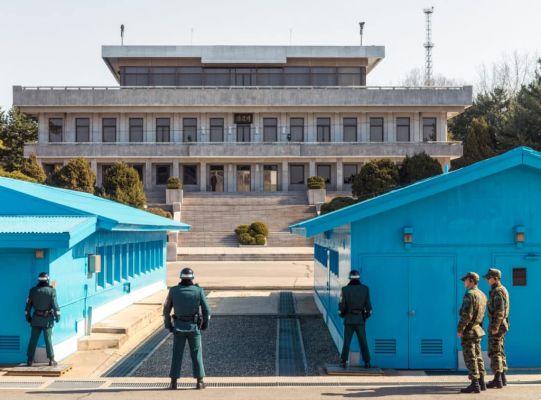 Also known as the DMZ or the 38th parallel of Panmunjom, the 4 kilometer wide and 250 kilometer long area serves as the border between North Korea and South Korea. Although the conflict ended in 1953, the tension of this place steeped in history remains very palpable, which makes it one of the most watched sites, in one country as in another. A real must during a stay in North Korea, the visit is extremely regulated. We cannot recommend enough that you be careful not to offend the soldiers who will be escorting you or to make inappropriate gestures which could then be interpreted as an attack on both sides of the border. Despite the sixty-six years that have passed since the end of the war, hatreds remain.

Despite everything, the site remains to be seen, particularly on the North Korean side since it will allow you to enter one of the UN houses, located on the territory of both North Korea and Korea. of the South, thus allowing the meeting between leaders of the countries always enemies.

Like all countries in the world, North Korea also has its share of cultural and artistic events that will attract the admiration of foreign visitors. Thousands of hours of rehearsal for choreographies set to the millimeter with no less than 100 people, colorful sets or flowers by the thousands, nothing is good enough to celebrate the glory of the regime and the Kim family. As you will have understood, all the artistic beauty and hard work of the participants is dedicated only to the worship of their leaders. This is the case, for example, of the Arirang Festival, celebrated during national holidays and which stages the history of Korea in the 000th century. The Kimilsungia-Kimjungilia flower exhibition, which also takes place in the capital, also honors Kim II Song through the presentation of a purple orchid and to Kim Jong II through a red begonia.

The country does not fail to also celebrate Kim Jong-un's birthday on April 15, "Day of the Sun", as well as Kim Jong-Il's birthday on February 16, called "Day of the Star". brilliant”. However, no chance to attend the military parades organized that day; they are forbidden to foreigners.

North Korea off the beaten track

We tend to forget it, but North Korea has the advantage of still being a country with preserved natural areas. It has no less than 50 mountains over 2000 meters high, offering a unique landscape to visitors. Nevertheless, always in perfect harmony with its so-called preservation policy, many sites are still unknown to the rest of the world.


If you like the great outdoors, however, you can enjoy various activities such as visiting the Pyohunsa and Jeongyangsa temples, real Buddhist relics located on Birobong Peak, in the Diamond Mountains.

There's nothing like stretching your legs by going on a bike ride on Mount Paektu. Located on the border between China and North Korea, it is the highest point in the country with 2 meters above sea level and has an active volcano. At its summit, we find the most famous lake in the country, which offers magnificent landscapes at sunrise and sunset. For the record, the North Koreans say that it would be the birthplace of Tangun, father of Korea.

The 10 most beautiful national parks in Poland

12 tips for setting up your van yourself!

add a comment of What to see and what to do in North Korea?