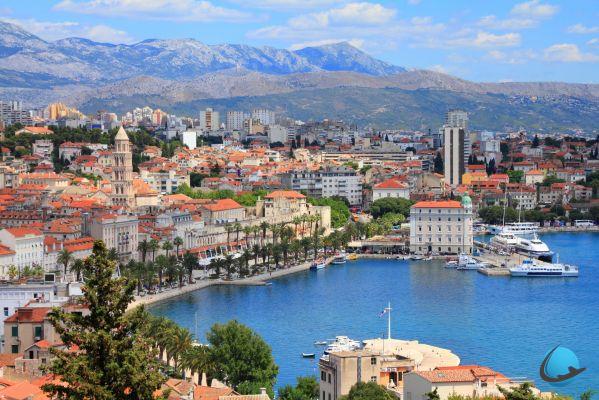 Spreading its charms on the Dalmatian Croatian coast, Split is the fruit of the dream of an ambitious emperor. Founded on the remains of Diocletian's Palace, the ancient city is home to a multitude of exceptional architectural structures. The various invasions, Byzantine, Venetian or Austrian… have completed giving it this unique historical and artistic cachet, conferring on it without possible discussion the status of pearl of the Adriatic. so here's The list of things to see and do in Split!

The first of the visits to do in Split is obvious. Diocletian's Palace, built in 305, constitutes the very foundation of the city, on which the various constructions were built. We recommend in particular the Peristyle, the beating heart of the Palace, the Vestibule, whose particular acoustics delight Croatian singers, or the underground rooms where exhibition rooms and souvenir shops are located. 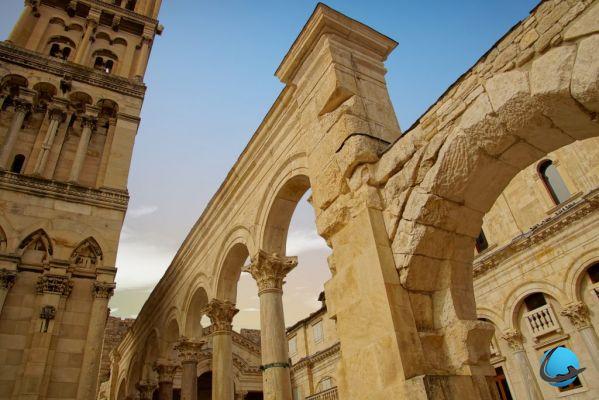 Admire the view from the bell tower of Saint Domnius Cathedral

The foundations of the Mausoleum of Emperor Diocletian were reinvested by the builders to lay the first stones of the Saint-Domnius cathedral there from 650. Magnificent work, crossing Roman and Romanesque architecture, it has the particularity of integrating a surmounted bell tower. from a campanile more than 60 meters high. A panoramic viewpoint to do in Split absoutely ! 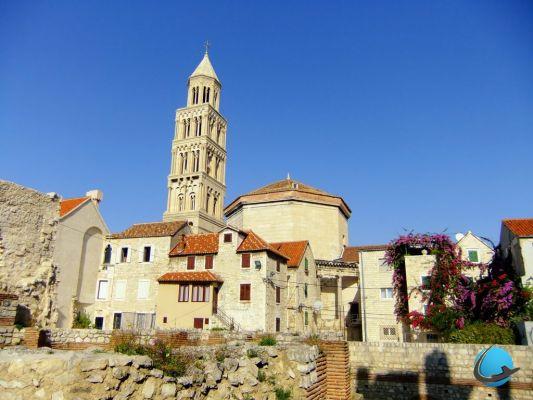 Take a walk on the Riva

Among walks to do in Split, there is one which wins all the votes. The promenade on the Riva which runs along the seaside is a mixture of romance, charm and amenities. Creeping between the waves and Diocletian's Palace, the Riva is dotted with cafes and restaurants. It is therefore perfect to contemplate a sunset over the Adriatic or to admire the luxury yachts which sway gently in the harbor! 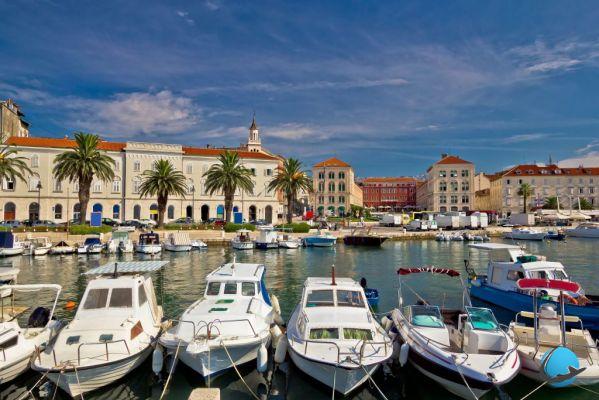 Stroll through the Veli Varos district

To dive into the Croatian Dolce Vita, the Veli Varos district is an ideal place. Small picturesque streets run between medieval buildings and connect charming squares. Activity and entertainment are always there! The neighborhood stairs are also to be done in Split, especially the parts shaded by vegetation, which will protect you from the onslaught of the Croatian sun in midsummer. 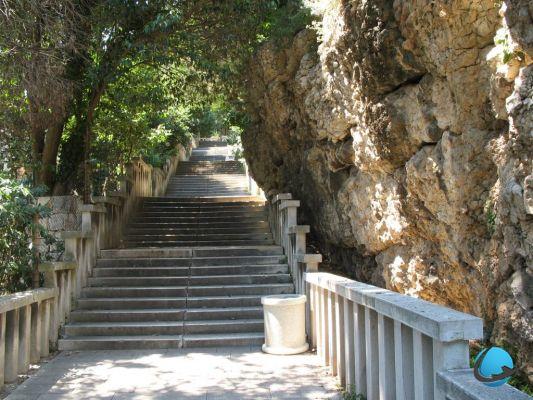 Also called Prokurative by the locals, the Place de la République stands out from the architecture of the historic center by the neo-renaissance elements integrated by the Venetians and its flamboyant colors. Revealing the opulent past of the city, this place is a must to do in Split, especially since it often organizes concerts and cultural events in summer. 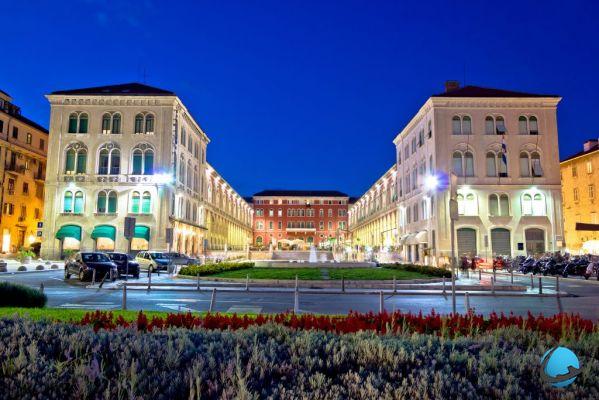 Immerse yourself in ancient history at the Split Archaeological Museum

The largest museum in Croatia houses an exceptional collection of pieces and remains dating from Antiquity. These collections speak to us from the early days of the foundation of the Split, but also of the history of Salona. This nearby Roman city was the cradle of Emperor Diocletian. It was therefore she who pushed him to set up his quarters in Split, offering the first anchoring point for the future establishment of the inhabitants, seeking refuge during the invasion of the Avars. 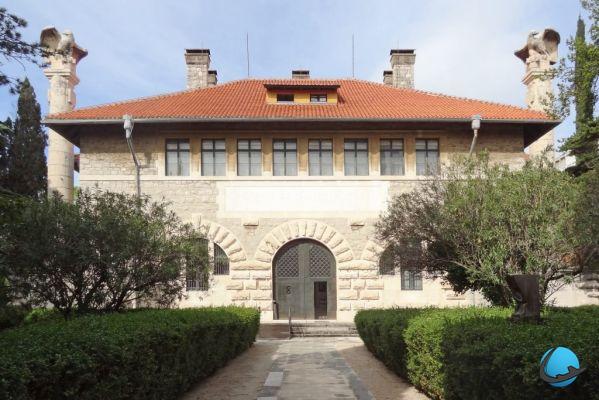 Marvel at the sculptures of the Meštrović Gallery

The most famous of Croatian sculptors, an applied pupil of Auguste Rodin, had a summer residence in Split. Transformed and rehabilitated, the place has become a museum dedicated to his talent and the exhibition of his works. This exceptional place, must do in Split absolutely for art and history lovers, notably houses in its garden the statue of Persephone, regularly cited as one of the artist's greatest successes.

Stroll on the heights of Marjan Hill

Home to our two previous places of interest to do in Split, Marjan Hill is also a natural park, a true green lung of the region, particularly pleasant in summer. From the beach, lined with footpaths and cycle paths, climb to the 178 meters of the belvedere, walking among the pines. From up there, you will be amazed! 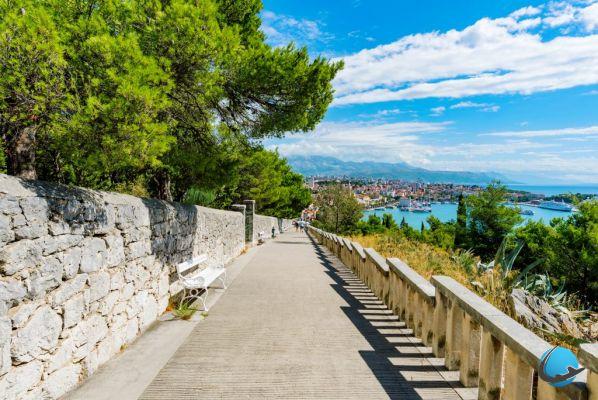 Remnant of the French occupation, the name of this street is taken from General Marmont, who was the administrator of the region under the short Napoleonic domination. Today, the Marmontova is an international street that houses major fashion and luxury brands, but also art galleries and a cinema. THE street to do in Split if you want to shop! 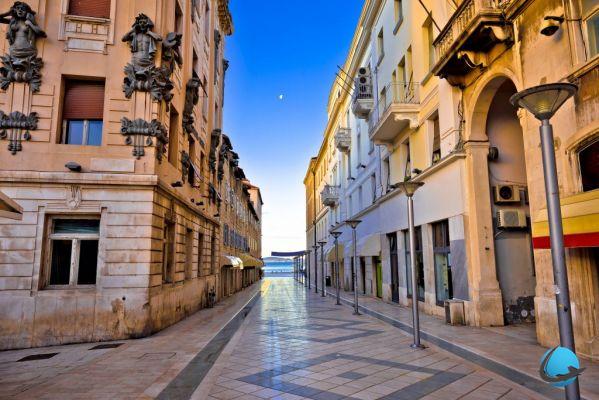 Visit the Fortress of Klis

A few kilometers from the city, the medieval fortress of Klis offers a unique viewpoint over Split and its coasts. But if the fortress has become a must-see in Splitis that it is known to have hosted the filming of certain episodes of Game of Thrones. Fans will enjoy returning to the series' “slave city” by taking a simple bus from Split and then climbing the few steps that separate them from their dreams. 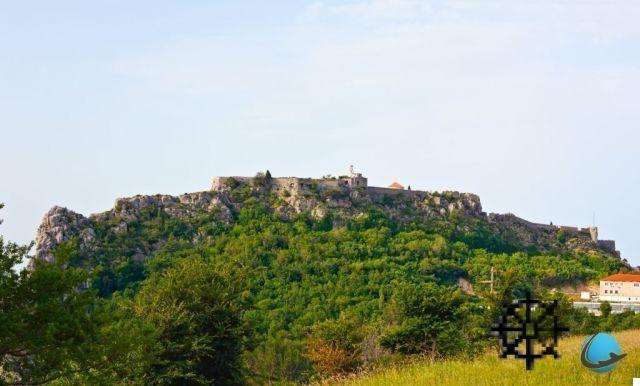 READ ALSO :
The essential to know before visiting Croatia (in 11 questions)

The essentials of Split… and after?

S'il ya many visits of historical interest to do in Splitthis is also the case in other towns in Croatia. One thinks in particular of Dubrovnik and its indestructible ramparts or of Pula and its amphitheater recalling the Roman past of the city. But Croatia is also a myriad of islands, each more beautiful than the next. Hvar and its paradisiacal beaches, Mjlet and its natural park, Croatia is home to so many wonders that you can spend six months there without having seen everything!

What to see and do in Sri Lanka? Our 10 essentials ❯

Add a comment from What to see and do in Split? 10 must-see visits!