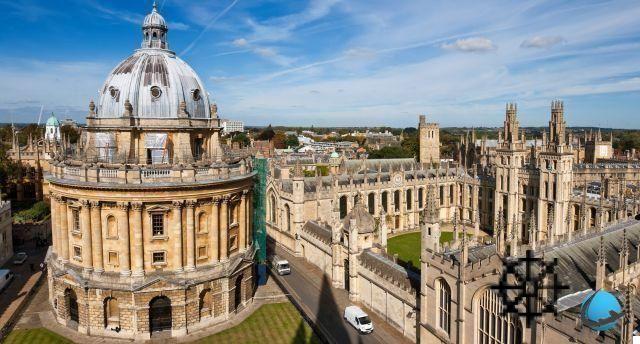 Oxford is an English city with over 20% of students. We understand better why the city is structured around its colleges, which form one of the most prestigious universities in the world. Since the XNUMXth century, Oxford is renowned for the high quality of its teaching and for the special historical atmosphere that reigns around its sumptuous buildings. But don't think that there are only serious things to do in Oxford! The city is the seat of fanciful literary works. Traditional pub culture is also entrenched more than anywhere else in England. With the Thames crossing the city, nature also has an important place. The list goes on, so let's take a look at the 10 Must-Do Oxford Tours!


Discover the University of Oxford

The very first thing to do in Oxford is to walk through its historic center and pass the doors of the colleges that make up its famous university. The latter is not organized around a campus, but is split into some forty monumental buildings in the city. Christ Church, Trinity, Magdalen… Impossible to name them all because they are so numerous. But all have a chapel and a refectory which are often real architectural gems. The steeples of the colleges are moreover worth in Oxford the pretty name of "city of the dreaming steeples". 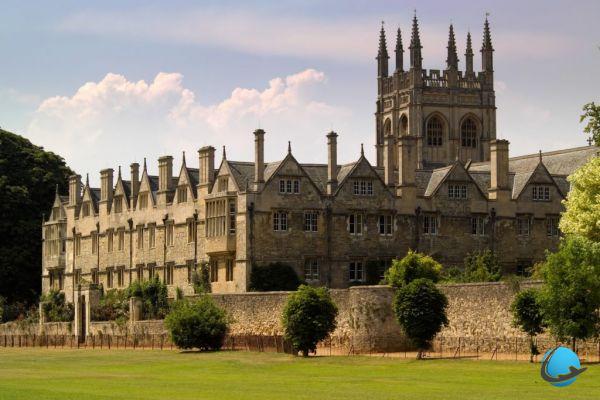 If you are of the generation of the Harry Potter series, a stay in Oxford will allow you to immerse yourself in the heart of the famous saga of Joanne Rowling. The Divinity School and Christ Church College are among the iconic locations that served as the setting for the filming of the series. 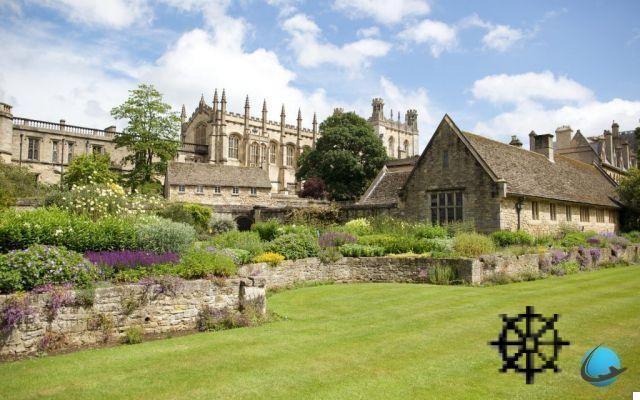 Think of yourself as Alice in Wonderland

Oxford has always been a place of inspiration for authors. Lewis Caroll, who studied at Christ Church College before teaching there, wrote his famous tale “Alice's Adventures in Wonderland” in the university town. If you're looking for what to do in Oxford with kids, dive into the whimsical vibe first by going to the Story Museum. You will be transported to a world of magic and traditional tales. Children can even dress up! Continue through the natural history museum, some specimens of which would have inspired the author. Finally, finish with Alice's shop where storytelling enthusiasts will find great finds. 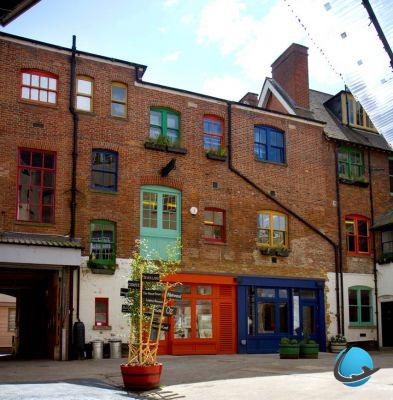 Go back in time at the Ashmolean Museum

do you know that the oldest university museum in the world is in Oxford ? This is the Ashmolean Museum which houses collections of antiquities and archeology from around the world. Its artistic collection also includes works by famous artists: Constable, Manet, Van Gogh, Raphaël, etc. Whether you are an art lover or not, this museum is a real gem! 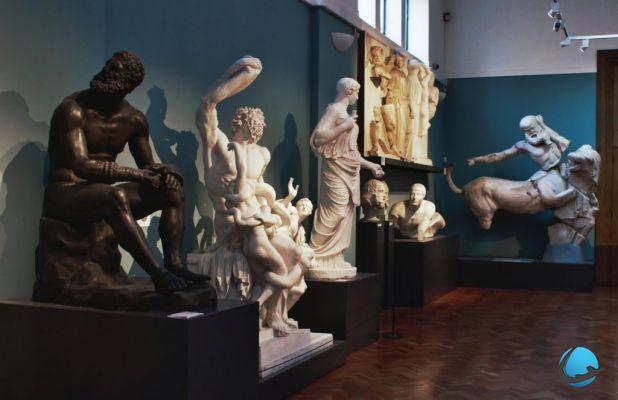 Take a tour of the stalls of the covered market

The market is often a popular place to take the pulse of a city. In Oxford, it takes place in a XNUMXth century building. Its multitude of shops and storefronts seem frozen in time. In the shelter of the hall, you can take a break to have a coffee or do your shopping. 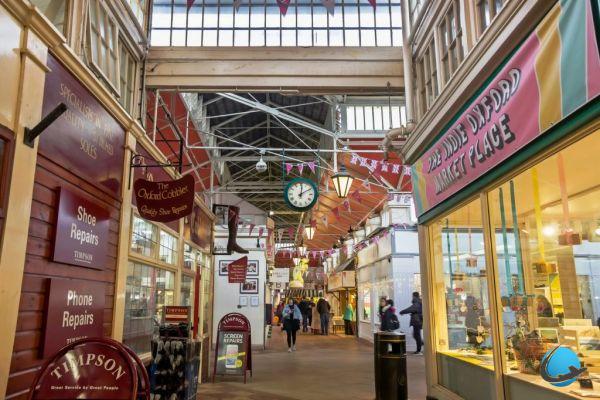 Drink a beer in a typical pub

After the shops, why not discover the typical atmosphere that animates British pubs ? With all the tavernas teeming in central Oxford, you are spoiled for choice for a pint. Living in the English way is also something to do in Oxford! 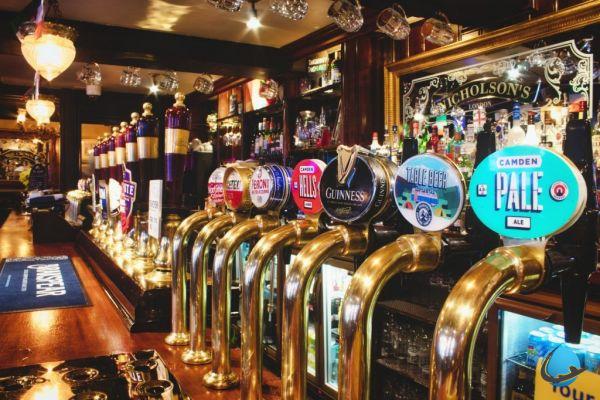 Have a drink in the pub

Be speechless at the Bodleian Library

You don't have to be passionate about literature to be amazed at the shelves of the Bodleian library, which houses nearly 12 million books and manuscripts. This grandiose collection is set in beautiful Gothic buildings. The Bodleian Library is l'one of the most beautiful libraries in the world. Even if you have little time on your hands, this tour is one of the must-see places in Oxford! 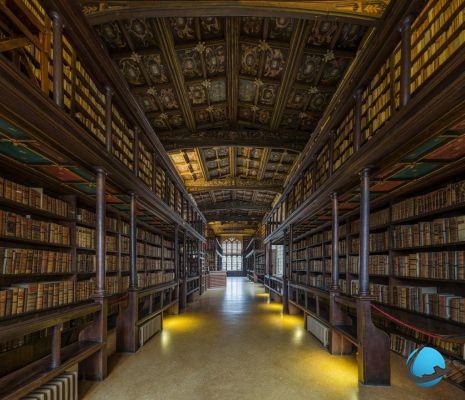 Discover Oxford from the Cherwell River

Do you know the "punting"? It is a trip on the water on a flat-bottomed boat (the "punt") directed by means of a long pole. This is a widespread activity on English rivers. Very popular with children, it can be very fun and allows you to discover Oxford from a more poetic angle. ! 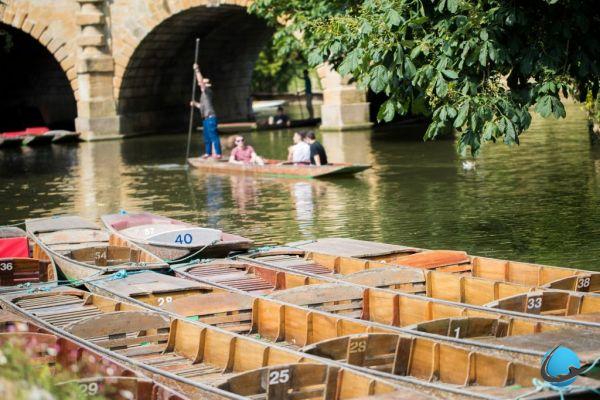 Take a punt ride in Oxford

Study the life of dinosaurs at the Natural History Museum

Even though the Oxford Museum of Natural History is smaller than that of London, it is a surprising detour for young and old. Located in a Victorian building, its huge hall looks like an old train station. The building alone is breathtaking. You can discover Stan, one of the most complete tyrannosaur skeletons found to date. He is accompanied by many comrades just as impressive as him! 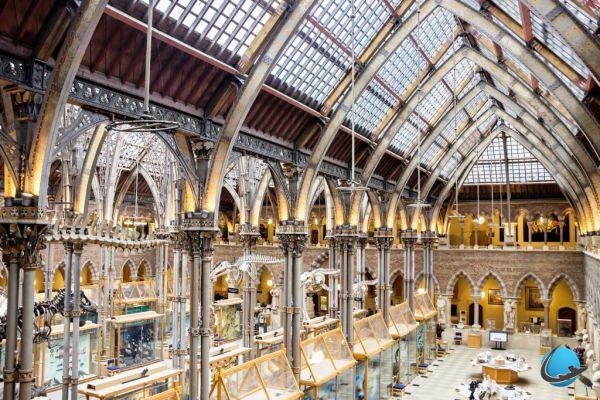 Take a walk in the parks of Oxford

The est de notoriété publique que the English worship parks and gardens. Oxford is proof of that. Each college has its colorful Eden, cut with a line. If you want to get some fresh air away from the student fervor, there are other green lungs in the city: Christ Church Meadow or University Parks are perfect for enjoying the sweetness of nature. An ideal break to take in Oxford after strolling through its bustling center.

Here is some information you will need to prepare for your stay in Oxford:

Oxford's must-sees… what next?

As you can see, Oxford is a nice base for discovering the whole British soul. You can also take advantage of your stay to spend a few days by the sea near Brighton or discover the London melting pot. There is so much to do in England!

What to see and do in Prague? 15 must-see visits! ❯

Go on a shopping weekend in London!

London as you've never seen it before

Add a comment from What to see and do in Oxford? 10 must-see visits!