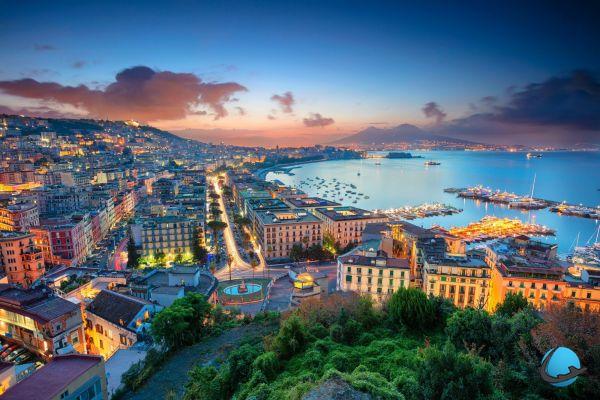 Third city in Italy by population, the capital of Campania is also one of the most fascinating cities in the Mediterranean basin. Its history which goes back to the origins of civilization, its taste for contact and the wonderful nature that surrounds it make it a city appreciated by both lovers of old stones and travelers in search of a change of scenery. Whatever your profile, we present here the essential visits to do absolutely in Naples!


Take the pulse of the city on People's Square

If you do not know what to do in Naples when you get off the plane, we recommend that you go straight for a stroll on the People's Square. Ask the Neapolitans for Piazza del Plebiscito and follow the arteries to the heart of the city. The elliptical square is entirely pedestrianized and is adorned in its finery during the Christmas holidays, with in particular mini-operas installed in the open air! 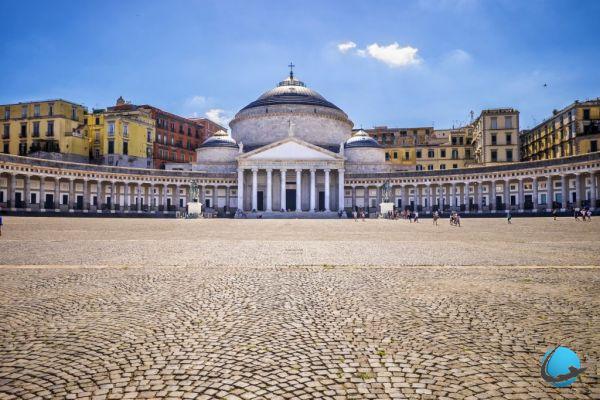 Feel very small in front of the Royal Palace

At the heart of the People's Square, rises a massive monument with a rather austere exterior appearance. The many renovations that the Royal Palace has undergone today make it a real barometer of Neapolitan architecture over the centuries. And once inside, you can only go into ecstasies in front of its marble columns and impressive statues which measure you from the top of their 4 centuries of existence! 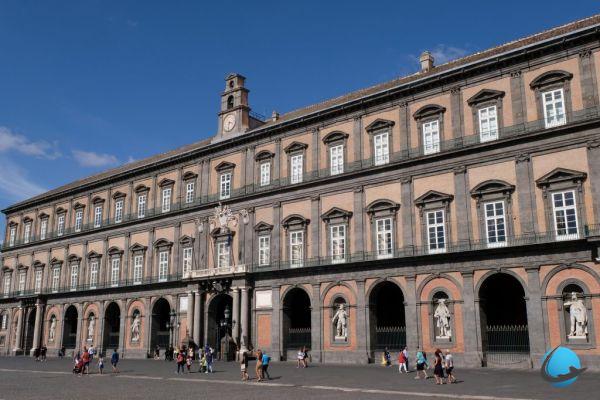 Well camped on the small islet of Megaride, the Castel dell'Ovo, or Castle of the egg for exclusive French speakers, makes a strong impression when you disembark. However, if there is a monument to do in Naples absolutely, it is also for his legend that a hidden egg supports the entire structure of the building. Generations of travelers have sought it out but until now they have only stumbled upon a terrace with stunning views. 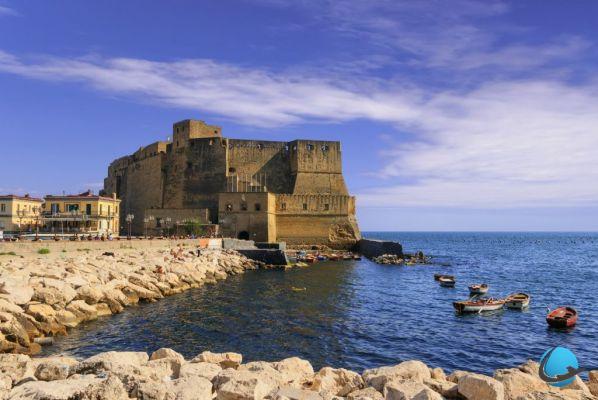 Go back in time at Castel Nuovo

Castel Nuovo is so called to differentiate it from the other royal residence that was Castel dell'Ovo. The round and impressive towers of the fortress are always so martial, but they shelter above all the largest archaeological museum classic of the region. Paintings, sculptures and art collections as well as gladiatorial equipment and antique jewelry make the museum a must visit in Naples. 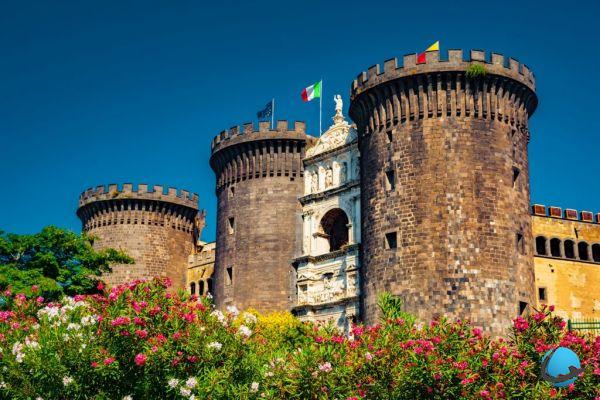 Shopping at Galleria Umberto I

The Galleria Umberto I is a huge shopping center that houses shops of all kinds, but also cafes and restaurants where it is good to rest. Especially since the architectural environment of Renaissance style is exceptional with in particular the glass roof of the central dome which rises to nearly 57 meters high. A place to do in Naples absolutely if you want to haggle under the best auspices! 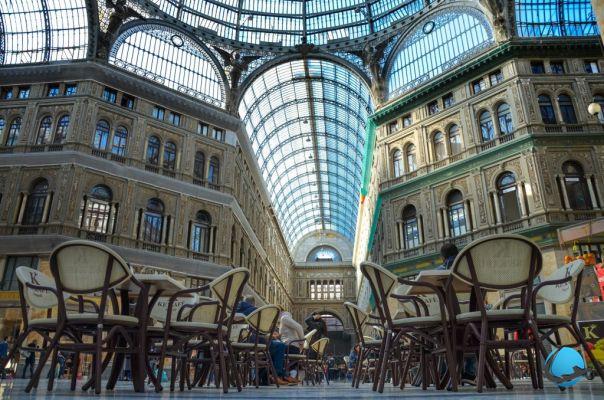 Listen to an opera at the San Carlo Theater

After having done all your shopping, now let yourself be tempted by the culture and its traditions. Lucky for you, the San Carlo theater is just a stone's throw away, so grab a ticket! Built in 1737, it is the oldest active theater in the world and it is listed as a UNESCO World Heritage Site. If you are not a music lover, know that its 3-seat room is worth a look and can be visited even when it remains silent. 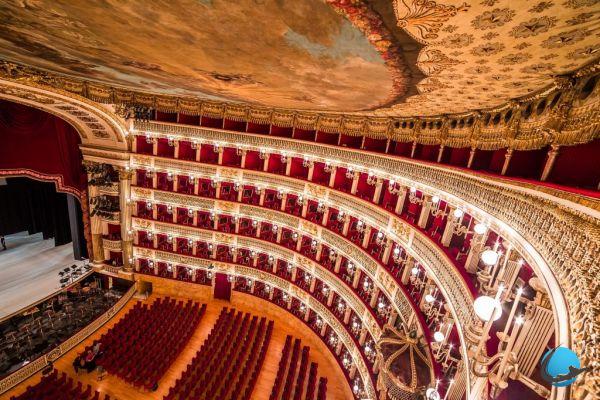 There is so much to do in Naples that you sometimes feel the need to rest and recharge your batteries. For this, the cloister of the Basilica of Santa Chiara is the ideal place. A garden planted with colorful colonnades against a background of baroque arches, that's all you need after a good day of walking the streets of the capital of Campania. 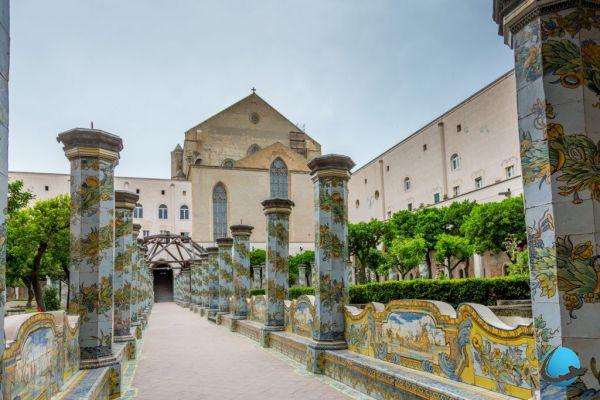 The columns of the Basilica of Santa Chiara

Ponder in the Cathedral of Naples, the Duomo

Also called Duomo, the Cathedral of Naples is a real treasure of local architecture. Housing both a basilica and a chapel, the Duomo is above all the refuge of the relics of the city's patron saint, San Gennaro. Three times a year, you can also attend the ceremony of liquefying his blood. An event to do in Naples absolutely for those who want to capture the soul of the Neapolitan people. 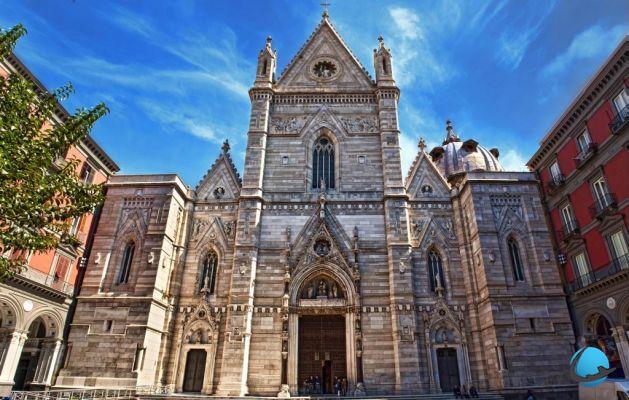 The Cathedral of Naples

Spaccanapoli Street is the axis that cuts the historic center of Naples in two and in fact designates several consecutive streets. This straight line is a great way to understand the spirituality of the Neapolitans by the multitude of churches and palaces that punctuate its layout, but also their more down to earth aspirations with the many restaurants, bars and grocery stores along the way. 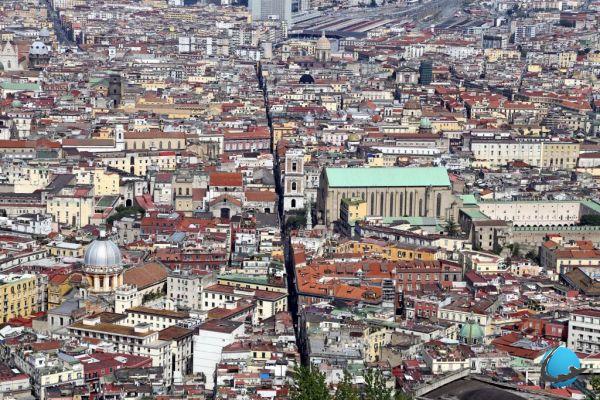 Spaccanapoli, the street that cuts the city in two

Go deeper into the undergrounds of Naples

Experts estimate that the construction of the first underground tunnel networks in Naples began 5 years ago. The Greeks, then the Romans, continued the work of the founders, in particular to bring drinking water to the heart of the city. Today, the undergrounds remain an activity to do in Naples to explore its history and its foundations. 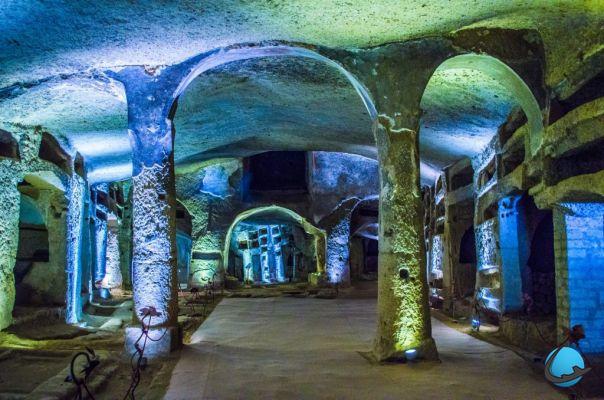 The undergrounds of Naples

Climb up to Sant'Elmo Castle

Located on the hill of Vomero, the Castle of Sant'Elmo has lived several lives. First a medieval palace then a fortified royal residence, it now functions as a multicultural center and regularly organizes exhibitions, concerts or shows. You will not be able to visit the interior, but if the castle is considered a place of passage to do in Naples absolutely, it is above all for the point of view that it offers on the city. Impregnable! 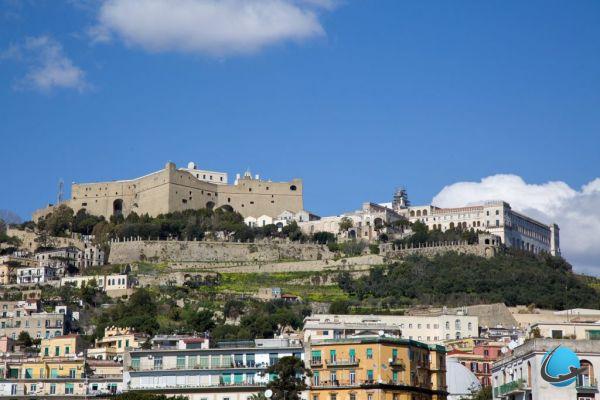 Go on an excursion on the slopes of Vesuvius

Only a few kilometers from Naples, a sleeping giant awaits you. The most famous of Europe's volcanoes is in fact easily accessible thanks to many companies that offer walking excursions for all levels. Some even include a visit to Pompeii and Herculaneum for the same price. What could be more exciting in Naples than to go scratch the sides of a monster that has been dozing for centuries? 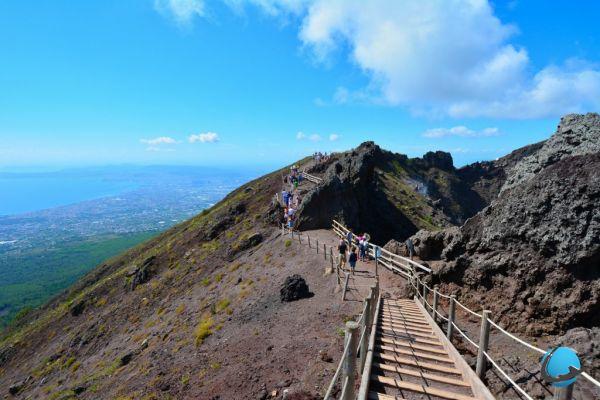 Take a hike on Vesuvius

Visit the remains of Pompeii

If a city is associated with Vesuvius, it is Pompeii. Everyone knows the misfortune of this city which suffered the lightning, or rather the flames, of the volcano in the year 79. Bad luck for the inhabitants, but a real blessing for archaeologists. They regularly bring to light new testimonies of a bygone past, but frozen in an eternal instant in its lava matrix. 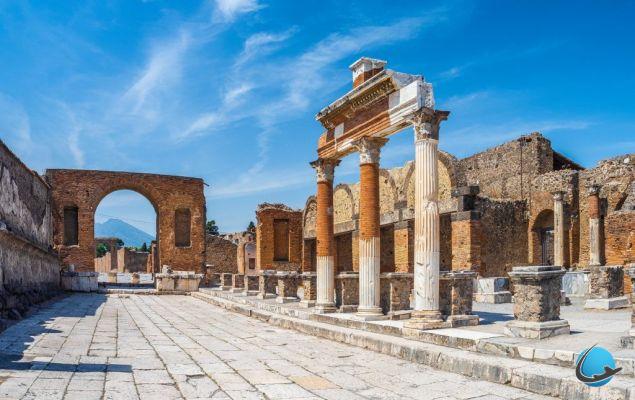 The ruins of Pompeii

Relive the eruption of Vesuvius in Herculaneum

If Pompeii is the most famous of the cities to have suffered the consequences of the eruption of Vesuvius in 79, Herculaneum is however the best preserved. Here you will find an opportunity to relive the last moments of the inhabitants who could not flee from the lava flows. You will also enjoy observing the ancient dwellings reconstructed by the experts. 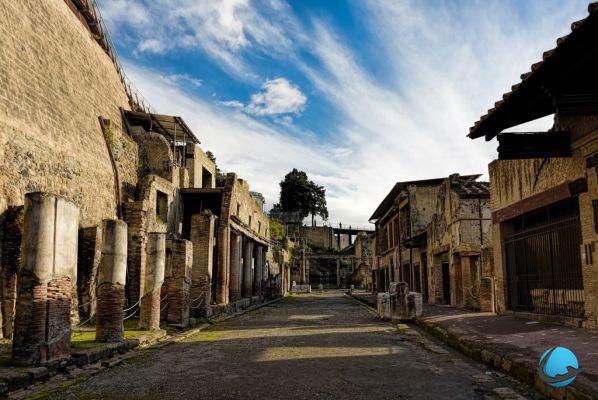 The ruins of Herculaneum

Sail to the island of Capri

Once you have done all there is to do in Naples, you are invited to embark on the magical island of Capri. Ideal conclusion of a trip to Campania between lovers, the island is best known for the songs and stories it inspired artists but we assure you, his reputation is far from being usurped. Superb mineral heights, omnipresent turquoise water and abundant nature, a true ode to the beauty of the world! 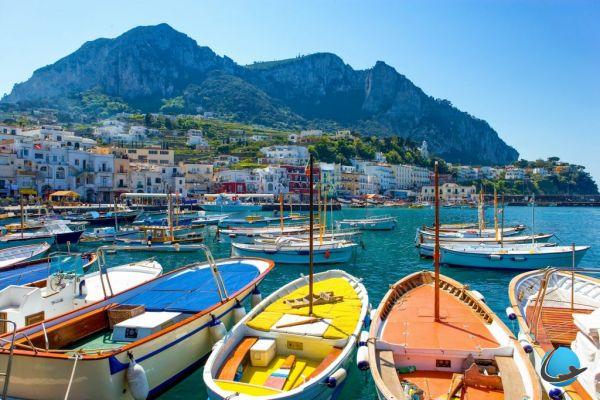 The island of Capri

PRACTICAL TIPS : check the annual climate in Naples to know when to go ...

The essentials of Naples… and after?

There is so much to see and do in Naples that any fanatic traveler that one is, inevitably comes a moment when the fascination operates and when one is tempted to put his bags forever at the foot of Vesuvius. But when you think of the cultural richness of Italy, the stirring virus takes us back immediately. The country lends itself particularly well to a road trip as the regions each have their own character. From the north of Italy to the south, the differences can be observed as much in the dialects as in the cuisine or customs. Making it a land of dreams for the adventurer in search of new horizons. Have your bags, the Italian road awaits you!

What to see and do in Nîmes? Our 10 must-see visits! ❯

Milan or Rome: where to go for your next city break?

6 reasons to visit Milan, the masterpiece of Renaissance and fashion

The 10 most beautiful places to see in Florence!

Rome or Venice: where to go for your next vacation?

Add a comment from What to see and do in Naples? Our 15 must-see visits!