What to see and do in Marseille? 15 must-see visits! 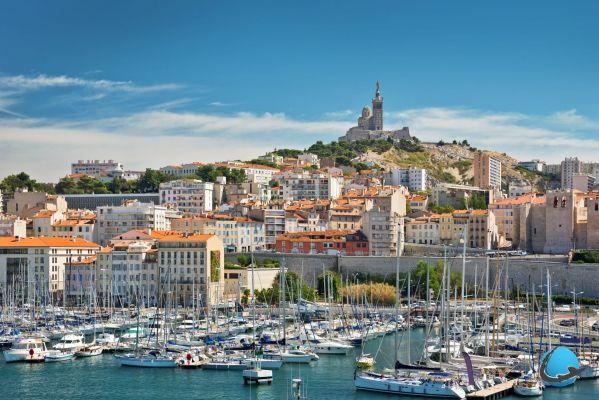 However, in the heart of its small ancient streets reigns an abundant activity that has managed to combine memories of a rich past with the most avant-garde of urban art forms. Whether you like culture, gastronomy, history, art or simply strolling, there is always something to do in Marseille! Here are some avenues to explore.

Stroll on the quays of the Old Port

A true symbol of Marseille culture, the old Port represents the beating heart of Marseille, even if economic activity has now migrated to business districts. Yet it is here that you can breathe deeply, which has been the charm of this city turned towards the sea since its creation. Take a walk on the docks in the morning and feel free to strike up a conversation. The fishermen will talk to you with joy about their life and their expectations and can even tell you what to do in Marseille to dive deep into Marseille's culture. 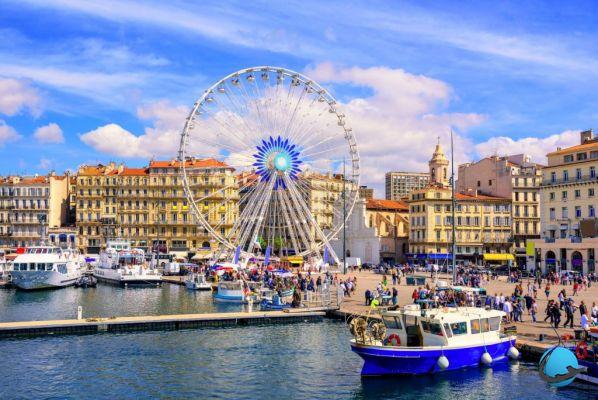 Take a walk in the Panier district

It is also a safe bet that one of your contacts will direct you to the famous Panier district. Anchor point of the Greeks who founded the city, these alleys and small squares form a delicious labyrinth, in which to get lost with pleasure. Especially since many intimate restaurants and bars have taken up residence there and the walls of the area are used to the expression of artists, who made places their headquarters. 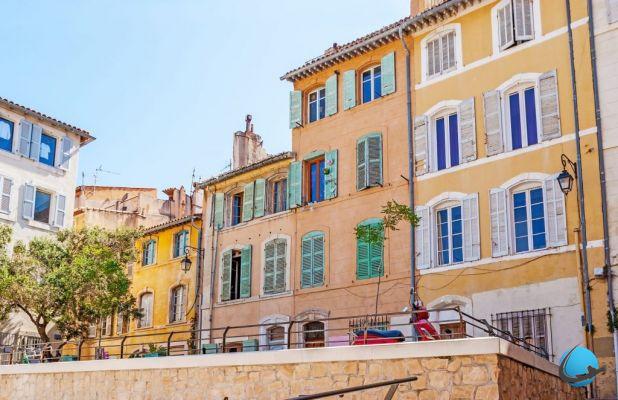 Located on the hill of the Guard, the Basilica, built in 1853, symbolizes the city of Marseille. You will be able to admire its architecture, of Romano-Byzantine influence. Notre-Dame de la Garde also offers a panoramic point of view unique in the city of Marseille. The presence of numerous ex-votos is also a curiosity not to be missed! 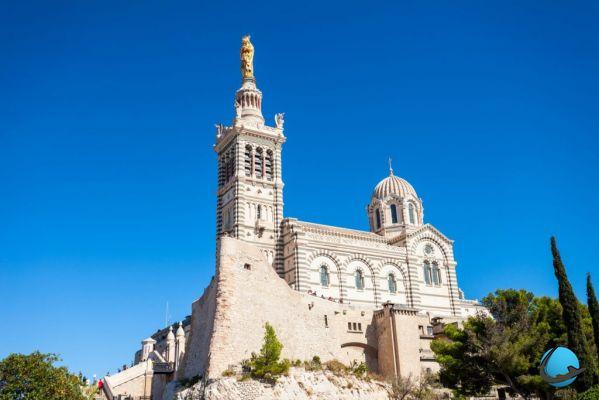 Our Lady of the Guard

Dive into the past at Fort Saint-Jean

The site of Fort Saint-Jean was occupied among others by the Hospitallers of the XNUMXth century. Some remains are still visible, but most of the fort date from the medieval and modern period, when the port was to be defended against various invasions. It also served as a prison during the Revolution. The Second World War caused him great damage and to ensure his protection, it is now classified as a Historic Monument. A must visit to do in Marseille! 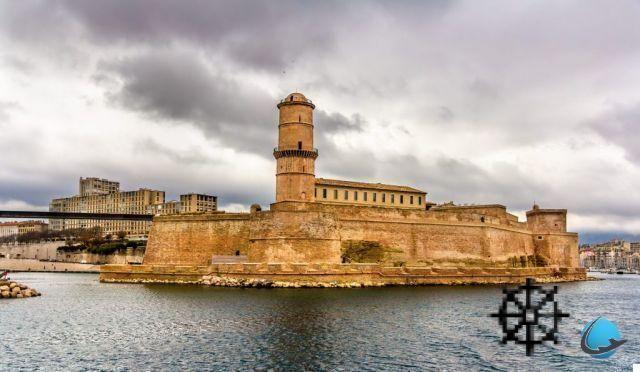 The Pharo is a house built for Napoleon III, even if it has only rarely inhabited it. Subsequently becoming a medical school, it loses its initial prestige. Yet it is today one of the most beautiful architectural ensembles in Europe, with formal lounges, an exhibition hall and an auditorium with 900 seats. 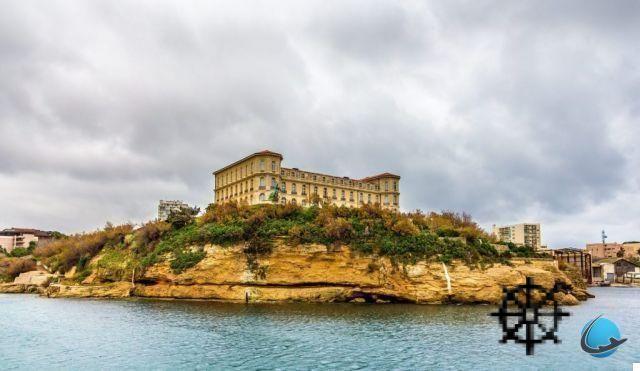 Relax at the Palais Longchamp

Built in 1839 to accommodate and redistribute the waters of the Durance to the districts of Marseille, the Palais Longchamp has today exceeded its primary function as a water tower. It is indeed home to the city's Natural History and Fine Arts Museums. The green lawns of its gardens, embellished with refreshing waterfalls, also make it an ideal place to rest when the sun stuns the city. 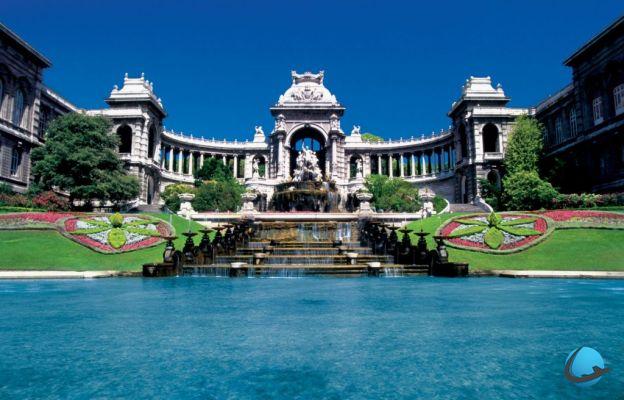 One of the most famous buildings of Le Corbusier is in Marseille. The “La Cité radieuse” housing unit is an integrated complex of housing and shops, in which you will find both a hotel and a restaurant. This building has been a UNESCO World Heritage Site since 2016. It is quite possible to visit it in part, in particular, the hall, apartments and the roof terrace. A visit to do in Marseille for lovers of Corbusier ! 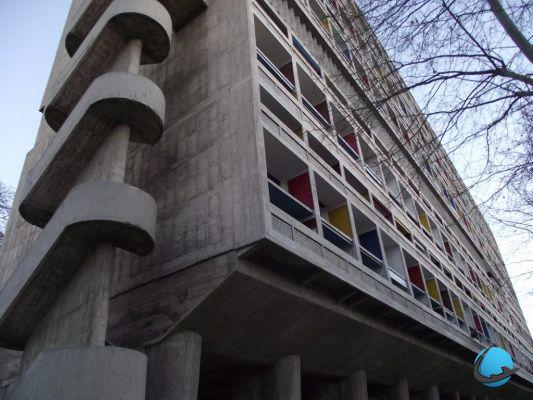 Walk around the Château d'If

Made famous by Alexandre Dumas and his Count of Monte Cristo, the Château d'If is an old fortress built under François 1er. She essentially fulfilled prison missions until 1890. Today, it is possible to carry out guided tours for lovers of history and heritage! 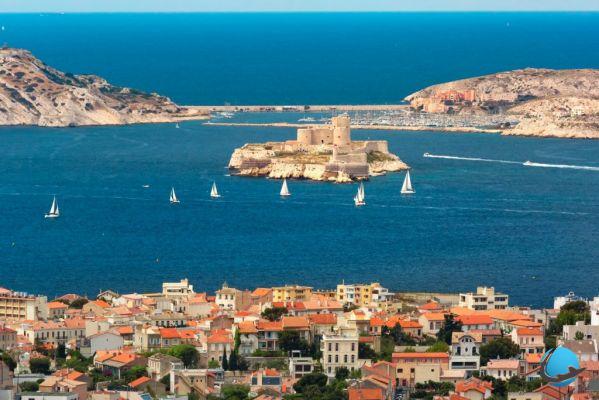 Marvel at the architecture of the Cathedral of the Major

For lovers of religious culture, the Good Mother is not the only point of interest to do in Marseille. The new Cathedral of the Major, built during the second part of the 19th century, is more eccentric and stands out with its marble and porphyry architecture directly inspired by Byzantine art. Its domes and striped facade make the link between the port and the countless streets of Marseille, elegantly joining the world of the sea and that of men. 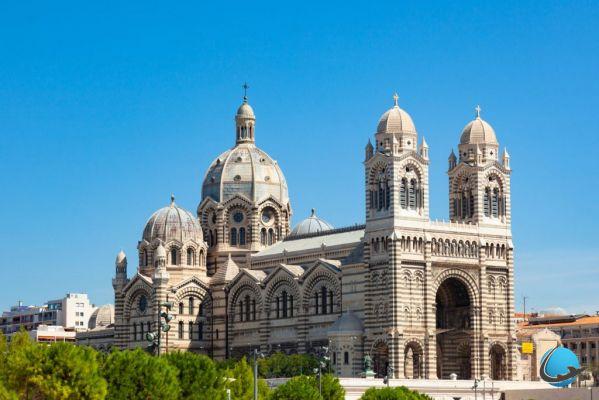 The Cathedral of the Major

Walk through the Vélodrome stadium

Undetachable from the Marseille image, the Vélodrome still arouses as much passion. Fan of OM or simple football fan, follow the guided tour and go behind the scenes of the Orange Vélodrome. You can even see the main trophies of the club. Note that the visits are much more frequented in the summer than the rest of the year! 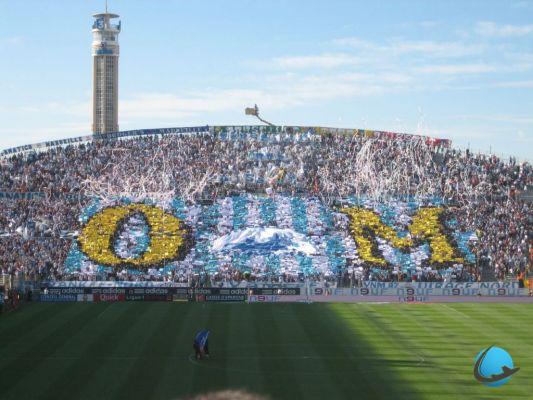 Immerse yourself in history at Mucem

For those who seek to know the rich past of the Phocaean city, the Mucem is a must. Installed facing the sea, its modern architecture contrasts singularly with the ancient treasures it houses. Here, the permanent and temporary exhibitions relate the history of Mediterranean civilizations and numerous conferences, debates and screenings permanently enrich the places with a renewed vision of history. A site to do in Marseille absolutely! 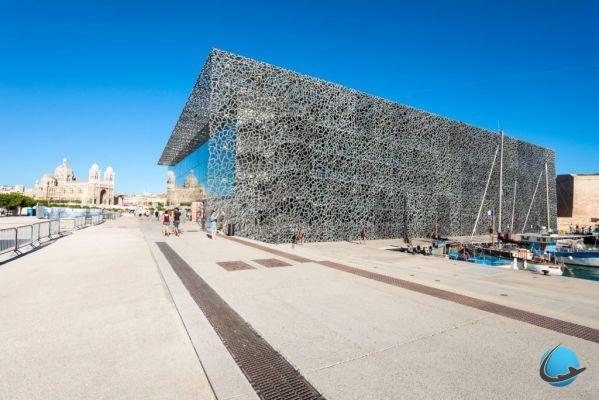 Take a cultural dip in the Belle de Mai wasteland

Formerly a tobacco factory, the Belle de Mai wasteland has been the subject of a well-thought-out rehabilitation, which has given birth to one of the most attractive points of cultural interest in the city. The space is here totally dedicated to artists and brings together performance or exhibition halls, working to produce works for the general public. This creative universality has made it a popular place for Marseillais and tourists who come here to feed on the beautiful cultural dynamics of the city. 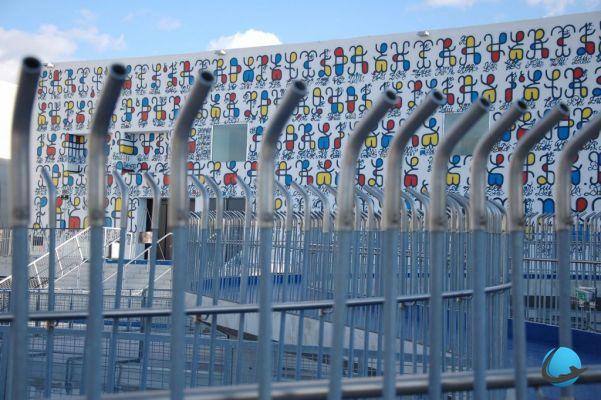 The "Ju Course", as the locals call it, is the city's other artists' district. Some even claim that it would be the most lively place in the city, a must-see in Marseille! Artist galleries sit alongside restaurants and tapas bars, but it is above all on the walls of the district that its artistic orientation is most expressed. Here, street art is everywhere and periodically stirs the atmosphere with its constantly reinvented creativity. 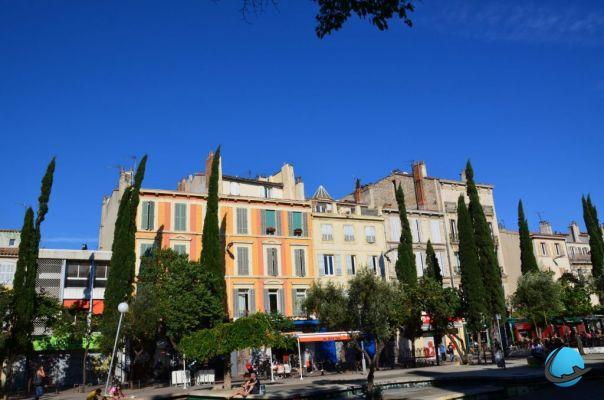 Indulge yourself with local products

If there is only one thing to do in Marseille, it's good to take advantage of the local sweetness of life! Shaped by centuries of practice, good food is king everywhere, from the quays of the Old Port to the small squares in the old quarters. A good pastis in the shade of a parasol at the end of the afternoon or a nice bouillabaisse tasted facing the sea, how not to succumb to the taste charms of Marseille life? 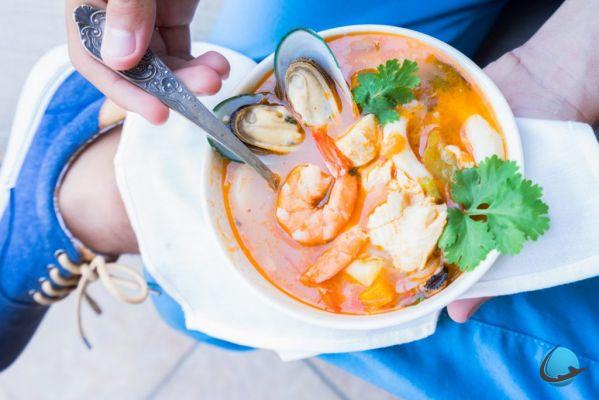 Venture into the Calanques

True natural park on the outskirts of one of the most urbanized agglomerations in France, the creeks of Marseille offer an infinite space of freedom for nature lovers. They stretch for about twenty kilometers along the Mediterranean Sea, from the Goudes district to the west and the city of Cassis to the east. This site of rare beauty is actually a partially submerged rock mass, with steep slopes. Besides swimming, the creeks are particularly suitable for leisure activities and attract several hundred thousand visitors each year. 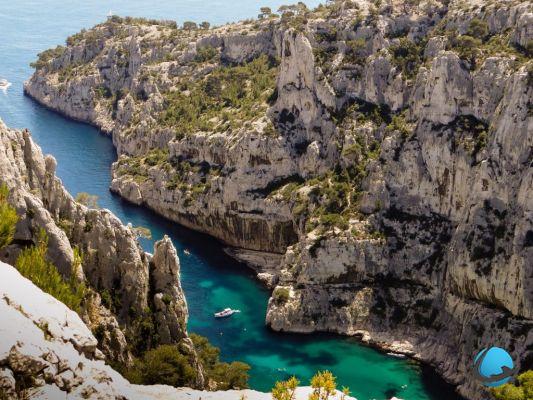 Paradise for hikers who crisscross the GR 51, the trails allow you to walk between sea and mountains, in the middle of spectacular landscapes. A victim of its own success, access is sometimes restricted due to the risk of fire on mistral days.

The creeks are a reference spot for rock-climbing enthusiasts who roam the hundreds of routes open to date. From the most difficult routes to those suitable for beginners, the site satisfies all levels!

From the Cosquer cave and its paintings dating from prehistoric times, to the wrecks of Roman vessels, the seabed holds treasures for divers. The creeks of Marseille are one of the must-see sites for diving enthusiasts! 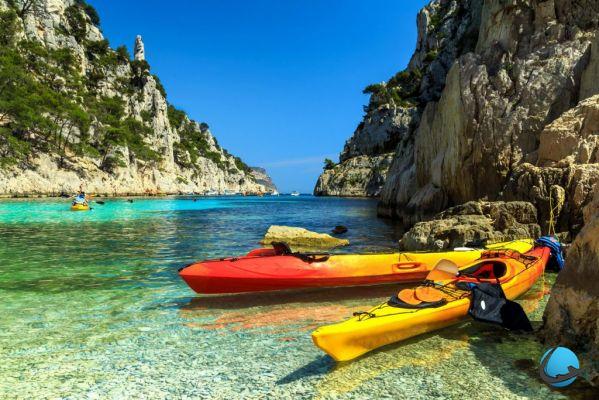 The Calanques by Kayak

The essentials of Marseille… and after?

There is so much to see and do in Marseille that the city has become the most famous in Provence. Its international aura, well deserved, nevertheless sometimes eclipses all the diversity of this great region of the South, which abounds in cities with strong characters. During a secular pilgrimage to the lands of Pagnol, one cannot forget to visit Toulon and its famous port, Sète and its taste for entertainment or even Nice, a historical symbol of French luxury. Attention to the curious, the South and its wonders await you!

What to see and do in Montpellier? 6 must-see visits! ❯

Bathing in the sea in Paris is possible!

What to see and do in La Rochelle? Our 8 must-see visits!

The 5 unmissable places of Nice

Add a comment from What to see and do in Marseille? 15 must-see visits!