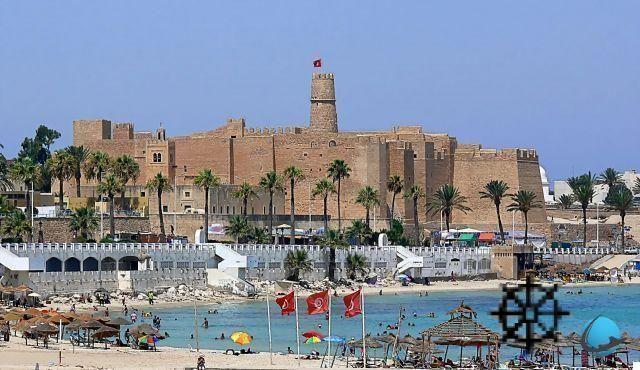 The city of Monastir is located on a peninsula to the south-east of the Gulf of Hammamet in central-eastern Tunisia. Over time, it has become a popular destination for Europeans. Indeed, there are many things to see in Monastir. Here are a few !

Explore the city of Monastir

Monastir is one of the first settlements founded in Ifriqiya, medieval north africa. Equipped with a port, it is still today an important point for trade. However, what makes it famous is seaside tourism thanks to its superb beaches. The resort of Skanes is world famous in this area. Monastir is a young, dynamic city, due to the presence of a few universities within the city. Stroll along the waterfront, then enter the medina with its cobbled streets : early in the morning, the old town turns into a huge market. This is one of the times when you can take the temperature of this beautiful Mediterranean city. 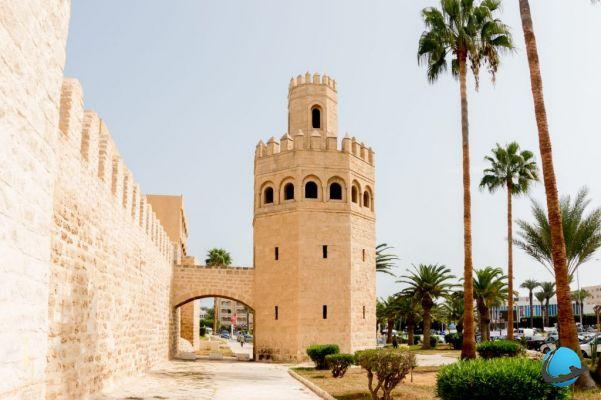 The Medina of Monastir

Like many tourists, you will have to deploy treasures of ingenuity not to give in to the various temptations offered by the carpet merchants. Indeed, carpets are part of the region's know-how, and it will not be rare to find them on the various stalls of the souk. The fabric being king in the region, Monastir has a museum of traditional costume. You can also visit the one dedicated to Islamic art.

This imposing Tunisian fortress, built in 796, is the oldest and most important ribat in the Maghreb. It is also the most imposing monument in Monastir. The fort can easily be visited with or without a guide. You can also discover the museum inside it. It houses many relics, such as pieces of carved wood from the Great Mosque of Kairouan. The fort is the most touristic and important monument to see in Monastir: you cannot miss it! 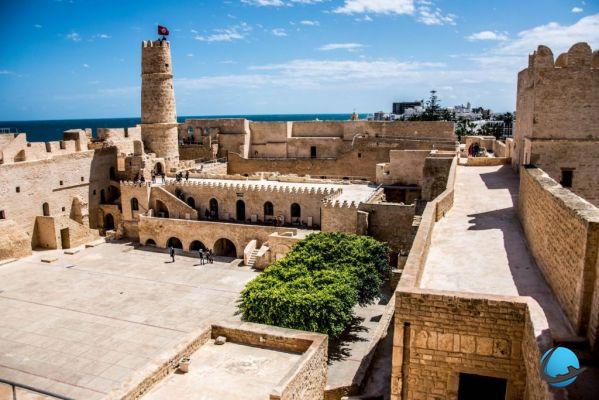 If you are a fan of beautiful architecture, you will be amazed by this superb mausoleum. The interior is just as impressive as the exterior. You will arrive by a large and wide paved alley lined with palm trees. At the end of it, the Bourguiba mausoleum and its two immense columns await you. Open your eyes wide and admire the marbles, sculptures, mosaics that make this place a sumptuous place. Entrance is free. You can visit the interior and contemplate its many vaults, chandeliers and all other architectural feats. Do not forget all the same that it is above all a mausoleum and therefore a place where silence is required and where spirituality reigns. Indeed, the mausoleum houses the burial place of President Bourguiba died April 6, 2000. 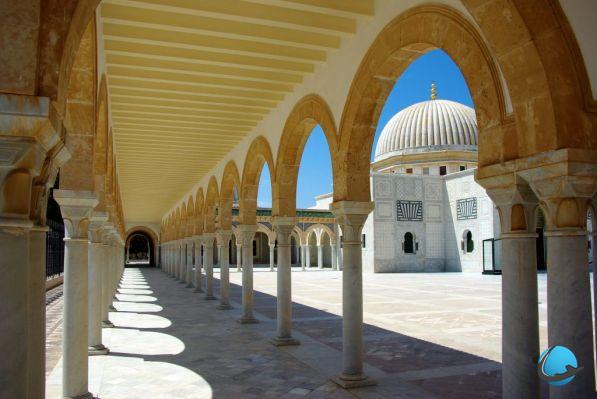 Sail to the Kuriat Islands

Off the east coast of Monastir, you will see the Kuriat Islands (locate on a map). A true place of biodiversity, this archipelago is very important for some endangered species.. For example, these islands are the main nesting place of the Loggerhead sea turtle. But also an important stopover for migrating gulls. As you will have understood, if you love nature, sailing to the Kuriat Islands will be a must for you during your stay in Monastir. Several boat departures are organized every day from Monastir, summer only. Some of them even offer a catering service on board. 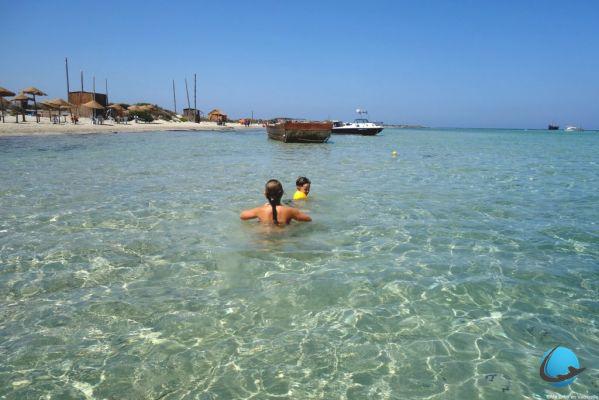 Although it is not in Monastir but about 1 hour drive, the Coliseum El Djem (also called the amphitheater) is a thing to see during your stay. Indeed, it is a building classified as World Heritage by Unesco. The Colosseum was built by the Romans in the XNUMXnd century AD. Today you can visit it and thus discover its many secrets. Elliptical in shape, the colosseum is built entirely in freestone. You can also enjoy a show or other events within it to discover this gigantic building. Also take the time to visit the underground galleries located under the amphitheater, where gladiators and beasts came out into the arena. 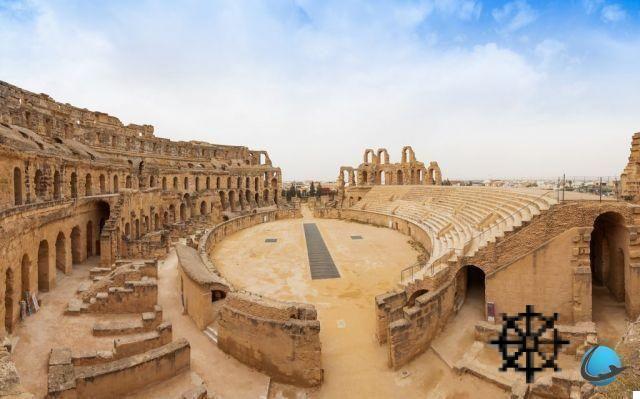 Stroll on the marina of Monastir

The marina is a great place to see in Monastir. You will find several cafes and restaurants, but also many hotels with sea view for your stay. Go to the port, you will admire superb boats, some of which you can embark. Indeed, several pirate ships go to sea with many tourists on board. You can eat on board and with a little luck, you will even see some dolphins. A sea trip that will delight the little ones but also the older ones. 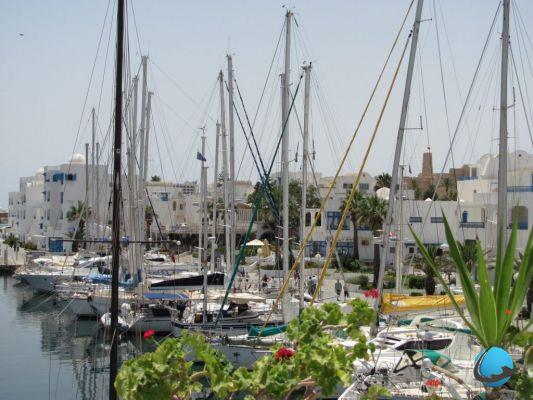 Visiting a city is not only going to the most beautiful monuments but also knowing its flavors. In Monastir, you will have several small local drinks to taste. Especially, fruit juices squeezed in front of your eyes, a tasty blend of vitamins. You can also taste the famous mint tea, this hot drink appreciated throughout the Maghreb. Also consider drinking a coffee, you will see it will be very different from Western coffee. An establishment is nevertheless famous in Monastir for its service and its beauty, it's Café Bir Al Andalous (see his facebook page). Do not hesitate to take a short break there! 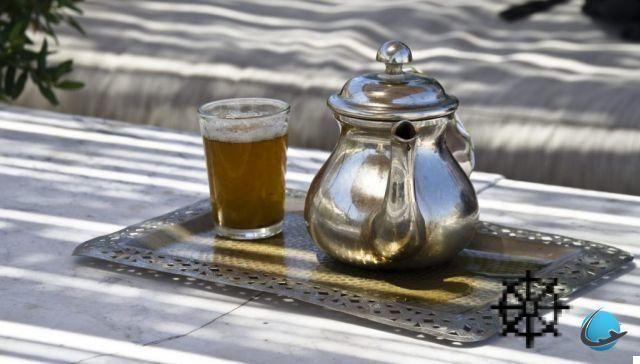 The Bourguiba Museum, built in the presidential palace of Skanes, is a Tunisian museum entirely dedicated to a man, Habib Bourguiba. He was President of the Republic between 1957 and 1987. Considered the father of Tunisian independence, his remains now rest in the mausoleum that bears his name. The museum, on the other hand, welcomes all personal and professional matters important that belonged to him. It opened on April 6, 2013, 13 years after the president's death. You will be able to see photo albums, speeches, archives, his statuses and even his car. A very culturally enriching visit to see in Monastir. 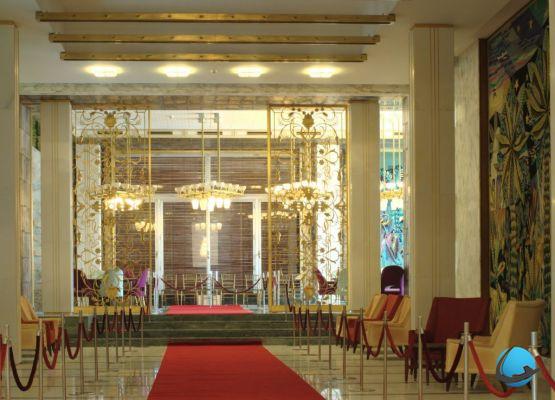 Have fun in Spring Land

If you want to have a little fun during your stay in Monastir, you can head to Spring Land Amusement Park. You will find all kinds of rides for young and old such as roller coasters, bumper cars, free falls, etc. The amusement park is ideally located in the center of Monastir. You will also find something to eat there. Indeed, the park has several tea rooms, a pizzeria, a restaurant and several snacks. 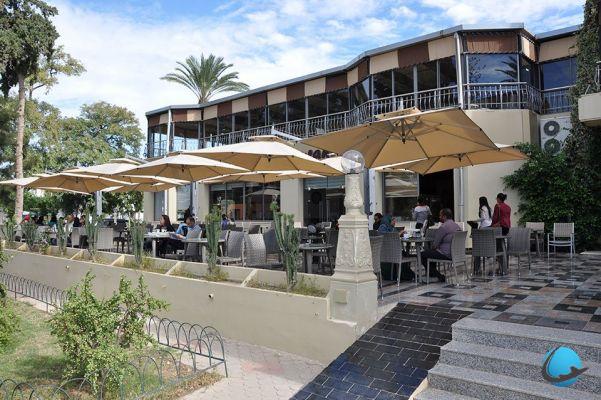 What surprise trip to do for the whole family? ❯

7 visits to do in Carthage and Sidi Bou Saïd

Add a comment from What should you see in Monastir? The 8 essentials!