See a different side of Berlin on this walking tour of the city's gay and lesbian neighborhoods. With your professional guide, immerse yourself in Berlin's most culturally rich gay neighborhoods, and learn about their history from the XNUMXth century to the present day. Learn about the main contributions to the development and recognition of these areas, including the openly gay mayor Klaus Wowereit, the lesbian magazine 'Siegessaeule', and the famous annual Gay Pride. Passing by some of the main sites such as the Kreuzberg, Schöneberg and Tiergarten, learn about the life of the gay community over the years in the German capital. You will also visit the Gay Museum (Schwules Museum) which offers comprehensive archives. 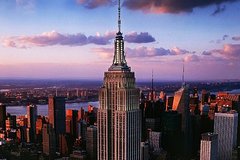 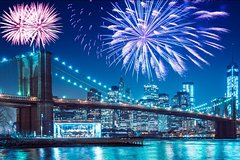 Explore Berlin's gay neighborhoods on this 3,5-hour guided walking tour. Since the XNUMXth century, Berlin has been a pioneer in Germany's gay and lesbian rights, establishing Siegessaeule, the first lesbian magazine, and celebrating the annual Gay Pride. Your professional guide will tell you all about this era and how life has changed for the gay/lesbian/transvestite community.
Start your walk in the Schöneberg district and visit Eldorado, one of the oldest and most famous transvestite bars that once featured regular performances by actress Marlene Dietrich.
Learn how openly gay and trans people received assistance from sexologist Magnus Hirschfeld, whose Institute of Sexology was closed in 1933 and his library destroyed during the Nazi burning. Next, visit the Memorial to Homosexuals Persecuted under the Nazi Regime.
Continue your walking tour in Tiergarten Park, the city's most famous gay hangout hidden behind the Berlin Wall. Learn how LGBTQ members have made Berlin's history from Prussian King Friedrich the Great to current openly gay Mayor Klaus Wowereit.
End your walking tour with a visit to the Gay Museum* (Schwules Museum*) in the lively district of Kreuzberg, considered to be one of the first gay museums in the world.