Walking tour below the towers of Berlin 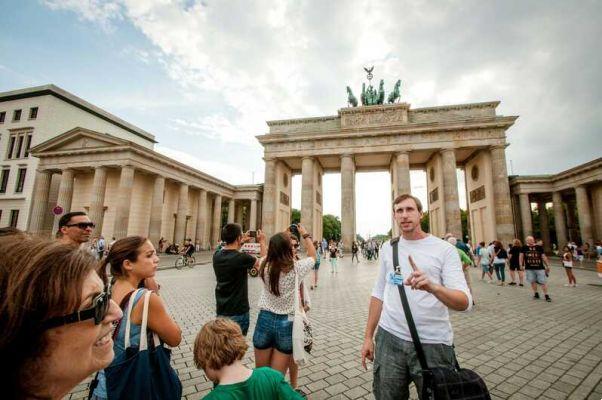 This spectacular Berlin walk will take you into the eerie realm of the interior of a WWII-era blown-up air-raid shelter. Flak Towers (AC Towers) were built in Berlin, Hamburg and Vienna between 1941 and 1943 and you will be able to explore two of the 7 floors of the original Berlin's largest bunker complex. Descend from the top of the tower via the remaining staircase to learn about the historical background of these enormous gray monsters in the inner districts of the largest cities of the Third Reich. They were part of the ambiguous amendment building program led by Adolf Hitler himself to provide the civilian population with places to live.

Up to 50 people remained in the lower levels of each of the large flak towers and the upper levels are reserved for military action. Be prepared to stare into the abyss of an ancient munitions facility and thanks to strong and safe steel construction, no one has to suffer from altitude sickness! Now the Flak Towers has been transformed into a refuge for human beings in a dwelling of some of the most mysterious creatures of the night. Bats use the indoor rooms during the winter season for their hibernation which means the refuge is closed to the public from November to the end of March. Towards the end of the tour you will learn a bit about how these flying mammals actually live.

Done in English
Immerse yourself in the past, the time of a historical circuit
Small group tour

Starting point :
The walk starts at Gesundbrunnen metro station. The meeting point is easy to locate and your guide will be waiting for you.

add a comment from Walking tour below the towers of Berlin