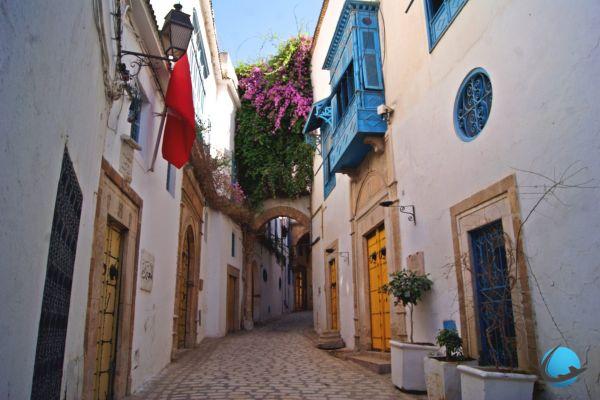 What to see and do in Tunis?

This is why we have selected for you, the essential visits to do in Tunis and its surroundings. Do not hesitate to prepare a small guide or even a circuit, so as not to miss anything during your Tunisian stay!

During your stay in Tunis, a visit to the Bardo Museum will be a must if you want to learn more about Tunisian and African culture. Indeed, it is the second African museum to be able to offer you such a wealth of archaeological pieces. It is full of relics that bear witness to the past of the country and the continent. You will find one of the largest and most beautiful collections of mosaics from the Roman era. You will also admire at the same time the typically Tunisian palace that houses this museum. Plan, if you wish, to book a guided tour so that no secret of this rich heritage escapes you. 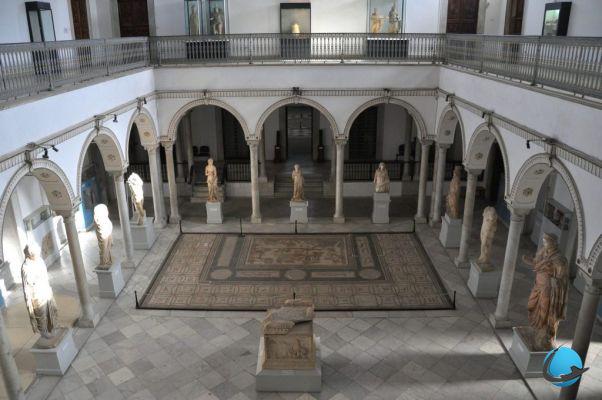 Carthage is a Tunisian city located north of Tunis. It houses the presidential palace and other buildings of extremely wealthy Tunisians or expatriates. Carthage is renowned for being a very posh city. Do not hesitate to stroll through its alleys, both modern and historic. Indeed, the city is built on ancient ruins which give it all its charm. Carthage was destroyed in 146 BC by the Romans, then rebuilt by themselves once their battle was won over the Carthaginians. The story of a city that is sure to surprise you! Carthage is a UNESCO World Heritage Site, as is its neighboring village Sidi Bou Saïd. 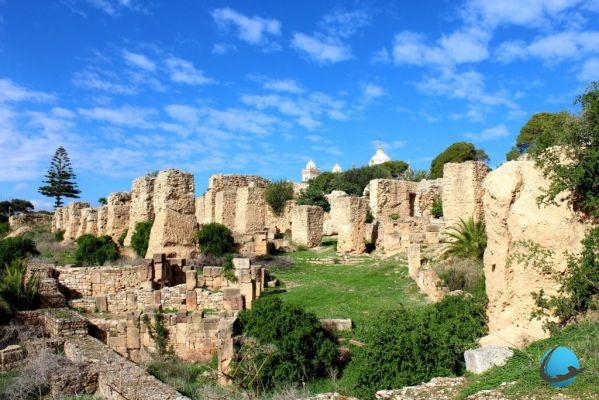 The ruins of Carthage

Sidi Bou Saïd is a village located about twenty kilometers north-east of Tunis. It nestles on the cliffs overlooking the Mediterranean Sea, Carthage and the Gulf of Tunis. It is a colorful village, nicknamed the "white and blue paradise". Visiting Sidi Bou Saïd will prove to be sporty if you decide to walk its winding alleys on foot. You will still discover an Arab architecture mixed with Andalusian, quite spectacular! Indeed, almost all houses are crisp white and royal blue, typically Mediterranean colors. Do not miss to admire the view that will be offered to you from the top of the village! 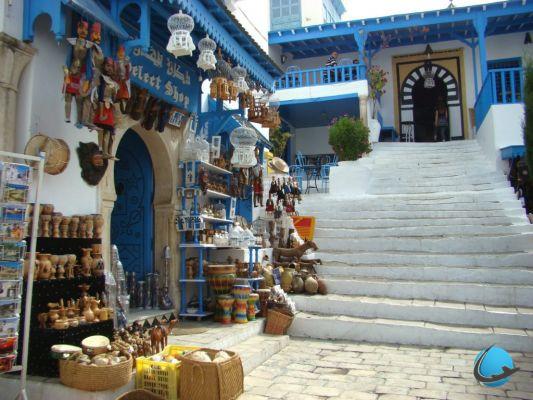 Admire the gulf from the Café des Délices

The Café des Délices is located on the edge of the cliff overlooking the Gulf of Tunis in Sidi Bou Said. This café opened in 1960. It is arranged in several terraces, allowing you to relax while admiring a sumptuous landscape. It is also called Café de Sidi Chaabane because it was built around the tomb of the Saint of the same name. This place has a great reputation thanks to the famous song by Patrick Bruel, simply titled "Le Café des Délices". You can taste a delicious mint tea, a typical Arab flavor. 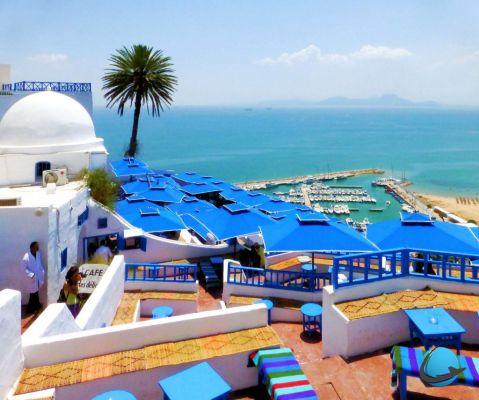 Now one of the most luxurious hotels in Tunis, the Bayram Palace was the last home of the Ottoman Grand Muftis. It is located in the heart of the historic medina. If you want to immerse yourself in the culture of this country during your stay in Tunis, this is definitely the place to go. Indeed, the Palace shows a typical architecture of the old days. You will discover its original decorations, its marble, earthenware and other historical vestiges. The Palace has two splendid gardens, in which you can bask in golden silence. A Spa is also available to customers. You can let yourself be tempted by a hammam with real eucalyptus essences. 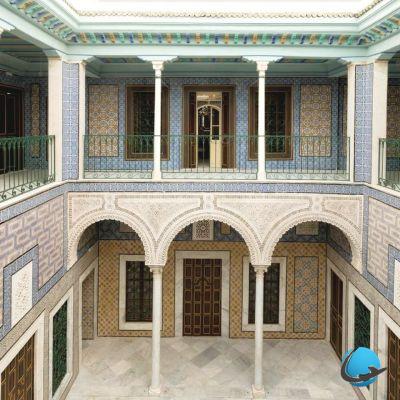 Listed since 1979 as a UNESCO World Heritage Site, the Tunis medina is the heart of the city. It is certain, it will take you several hours, even days to succeed in exploring the whole medina. You will be able to discover many historical monuments there, like mosques including the most famous "The Great Mosque of Tunis" also called "Zitouna Mosque". You will also see palaces, mausoleums, medersas (high schools) and fountains. You will also have to go to the Kasbah, seat of government but also an extraordinary architectural work. Obviously, it is in the medina that you will find all the souks and its traders willing to haggle whatever you find there. 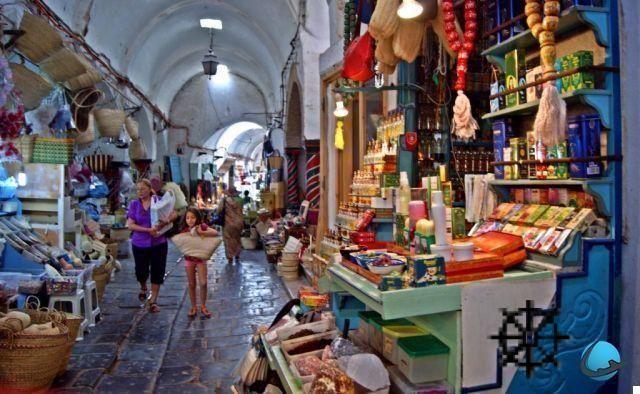 Go to the Zitouna Mosque

The Zitouna Mosque is the Great Mosque of Tunis, it is also called Mosque of the Olive Tree. It sits in the middle of the medina. Majestic, you will not be able to stop yourself from going to visit it. The mosque is spread over approximately 5 square meters and has nine main entrances. There are no less than 184 columns on the outside, but also on the inside, making this old building an architectural splendor. Do not hesitate to be guided to visit the interior of the Mosque! For women, wearing the veil is highly recommended to enter this place of worship highly respected by Tunisians. 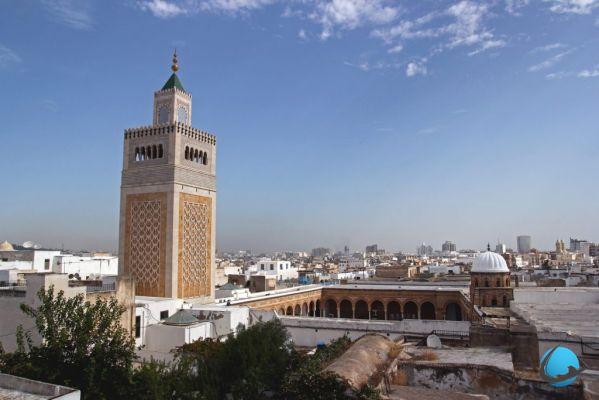 So much for these 7 unmissable things to see and do during your stay in Tunis.
Now let's move on to some practical and cultural information.

History (in brief) of Tunis

It was when the Arabs transformed it into a trading post that Tunis developed rapidly and took its place behind Kairouan. It became the capital of Tunisia in 1160. Coveted throughout history (Ottomans, Franks, Spaniards), it is seen as a commercial and military base. Long surrounded by ramparts and still retains a few sections and three gates today.

Today, Tunis stretches over several hills and its relief slopes gently down to the sea. In its center, the immense lake of Tunis makes it a coastal lagoon divided in two by a dike crossed by cars and trains. Suffice to say that going there during peak periods is not recommended! Thanks to these lenient geographical auspices, Tunis is one of the Mediterranean jewels where it is good to spend your holidays.

Tunis Airport - Carthage (TUN) is located approximately 8 km northeast of downtown Tunis. As soon as you arrive, you will need to take a means of transport to get there. You can possibly book a taxi before your departure. Otherwise, buses leave every 30 minutes from the airport to the center of Tunis.

How to get around Tunis

The TGM (Tunis - la Goulette - la Marsa) is a picturesque little train which will be very useful for you to visit the surroundings. Indeed, it serves 18 stations from the north of Tunis. It passes through the city of Carthage and the village of Sidi Bou Saïd. Don't be fooled, the “airport” stop does not correspond to Tunis - Carthage airport.
Tunis also has a tram network and many bus lines that allow you to get around town cheaply. And if you don't want to bother with connections, you'll easily spot taxis thanks to their yellow color.

The Tunisian currency is the Tunisian Dinar (TND).
Note that 1 € is equivalent to more than 3 TND to date.
Do not hesitate to leave a tip, always very appreciated: count around 10% of the invoiced amount.

Visit the other Tunisian pearls ...

After having visited all these places rich in secrets and cultures, you might want to let yourself be tempted by other Tunisian excursions. If you have been seduced by your getaway to Tunis, you will certainly be just as amazed by the city of Hammamet and its many resplendent beaches!

Djerbahood: the other face of Djerba

Add a comment from Visit Tunis: info and advice for your stay