See Vienna's greatest sights and hidden gems on a walking tour of classic Vienna! Your expert guide will take you on a 2,5-hour walking tour of Vienna, showing you the city the locals know. As you stroll, take in Vienna's top attractions including the Hofburg Imperial Palace, the Sacher Cafe, and the Gothic-style Stephansdom (St. Stephen's Cathedral). 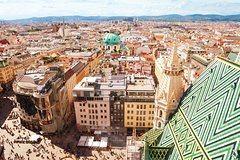 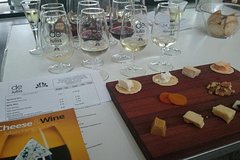 After departure from a central location, your walking tour of Vienna will begin with an introduction to the city from your friendly guide. Hear captivating tales of Vienna's diverse history, from its Roman roots to its wartime misfortunes. As you walk around, you'll gain insight into the impact of the World Wars and the subsequent political positioning that made Vienna the culturally rich city it is today.
Highlights of your 2,5-hour walking tour include Stephansdom (St. Stephen's Cathedral), the city's legendary landmark and symbol of Viennese freedom, and the Sacher Café, famous for its chocolate cake, the Sacher Torte. You'll see another equally classic Vienna attraction, Heldenplatz (Heroes' Square), where in 1938 Adolf Hitler made his annexation speech during World War II.
Before your tour of Vienna comes to an end, you will enjoy short visits to the Spanish Riding School and the Hofburg Imperial Palace, which was once the residence of the powerful Habsberg dynasty, rulers of the Austro-Hungarian Empire.
Vienna is an ideal city for walking, with its small streets and sudden views connecting the best-known sights. That's why the Vienna Walking Tour is the perfect guided tour for everyone, from first-time visitors to frequent visitors.

Private arrival transfer from Vienna railway station to your hotel

Day trip to Salzburg from Vienna