Miniature Dubrovnik located a good twenty kilometers north of Split, Trogir is definitely worth a visit. Once past the entrance bridge to the city, let yourself be guided along the narrow streets of this city with a strong Venetian influence. Go in search of the effigy of Kairos, divinity of the present moment and emblem of the city. Appreciate the splendor of the buildings along the central square which will show you how the wealthy families of Italian origin lived who had in their possession the keys to the city.

Once the visit is over, do not hesitate to linger on the promenade along the port. Drink a coffee while contemplating the boats located a few meters from you then go to the fortress of Kamerlengo which guards the entrance to the port and is worth more today by the classical or other concerts which are organized there than by its state of conservation …

See also our activity: Visit to the island of Korcula 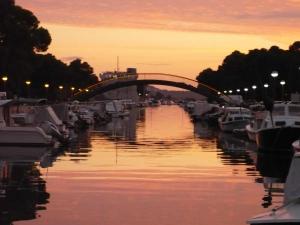 If the investments made over the last decades have saved a good number of buildings from a programmed collapse, there are still some, witnesses of a time when tourism was not topical, which would really need a good facelift, which only increases the charm of this small town guarding the entrance to the island of Ciovo. 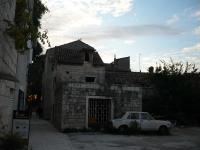 Cross the second bridge and survey the island of Ciovo. No, you're not dreaming ! By crossing the few meters separating Ciovo from Trogir, you find yourself at the Grande Motte! An architectural disaster where bad taste reigns supreme, the island is one of the few warts on the Dalmatian coast. However, for insiders brave enough to brave the traffic and the dirt and rocky roads and cross the island from one end to the other, there is a deserved reward: a few small beaches and small konobas (restaurants) where one would gladly spend a few hours or even one's retirement! 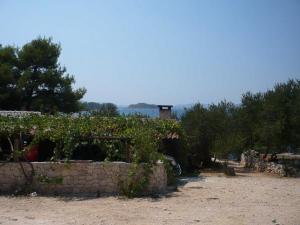