Travel to Australia: the 10 unusual places to visit 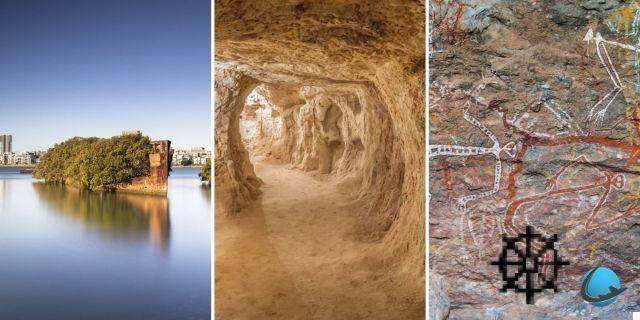 With the current health crisis, travel is complicated and Australia recently extended its border closure until 2021. Never mind, you can still prepare your trip from home by following this short guide to visit the most unusual places of the largest island in the world.

Oceania has become a tourist destination of choice for travelers from all over the world who love nature and the great outdoors. In addition, Australia is best known for its multitude of animal species. But that's not all, Australia is full of dozens of unusual places to visit to spice up your trip. Prepare your visa for Australia and follow the guide!

In 1915, a pioneer gold digger began digging in the heart of the Outback, in order to find gold. It will ultimately be Opal that he finds while mining. Be aware that the outside temperature is sometimes around 45 ° C in the shade.. Therefore, all constructions are done underground to recover a little freshness. That's why in this place, you will be able to visit museums, houses and even underground churches and chapels. 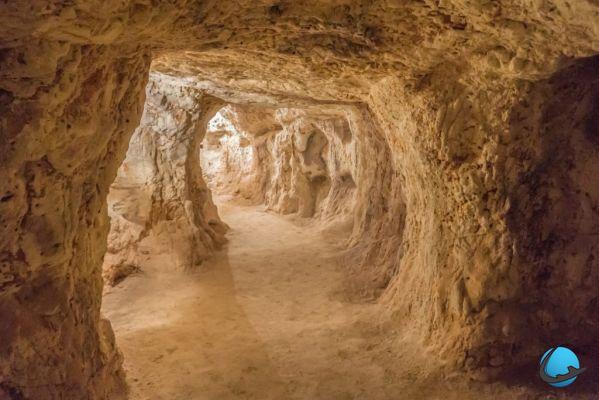 If you are a fan of the desert, this is probably where you should go. : very little vegetation around, arid landscapes as far as the eye can see and an almost apocalyptic atmosphere. In addition, Mad Max fans will certainly recognize several filming locations. 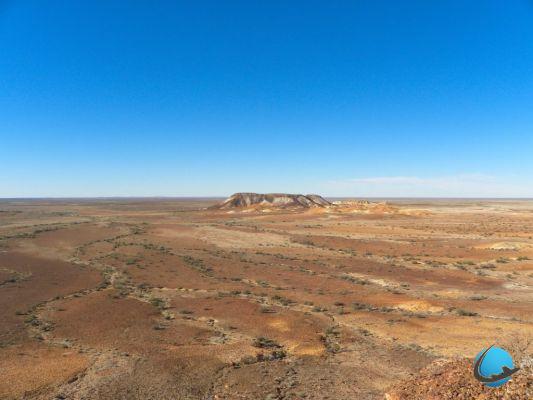 Between Alice Springs and Darwin there is a Roadhouse (literally a road bar) absolutely out of the ordinary since it is run by aliens. To put it simply: this place is considered to be one of the places where “extra-terrestrial” activity is the strongest. So if you go there don't hesitate to roll your eyes, luckily you might see a UFO. 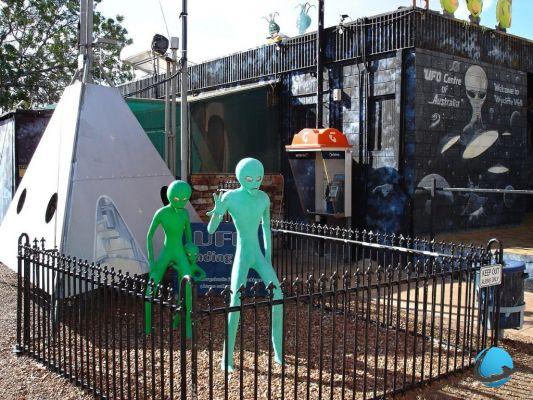 Port Arthur: for the bravest

We had to talk about the supernatural and haunted houses in this grouping of unusual places to visit. Port Arthur is a haunted place steeped in dark stories. It was notably a prison during the 19 and 20 th century and the site of the sad massacre of 1996 which left 35 dead. The place would also be haunted by the souls of these victims. Guaranteed thrill thanks to the night tours offered. 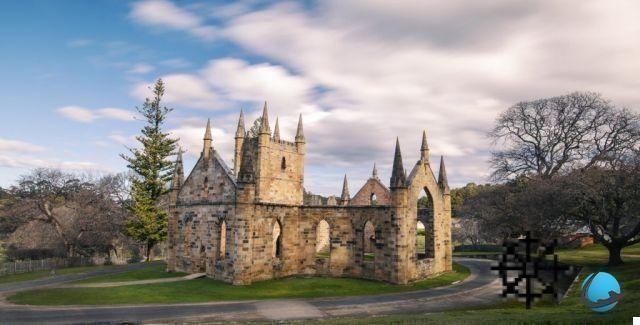 In the northwest of Australia, in the small town of Derby, you will be able to find a huge baobab tree that is around 1 years old. Its story is quite astonishing since in the 1890s, it would have served as a prison. Yes, it would have served as a prison to lock up Aboriginal prisoners. In addition, this tree measures 14 meters in circumference and a notch has been made as a door. 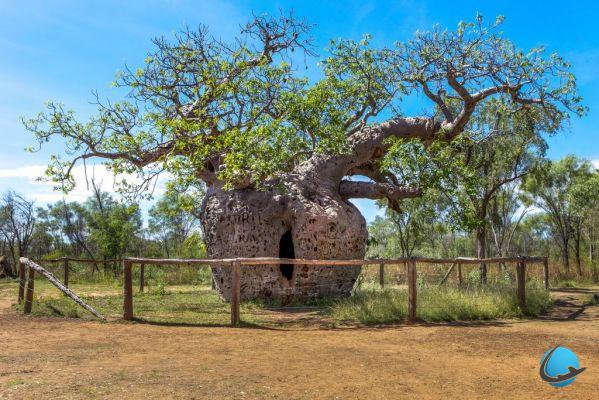 Aboriginal culture is central to Australian culture. Kakadu National Park is full of history. Listed as a UNESCO World Heritage Site, it is home to several sites of Aboriginal art. These are paintings that are said to date back more than 20 years.. 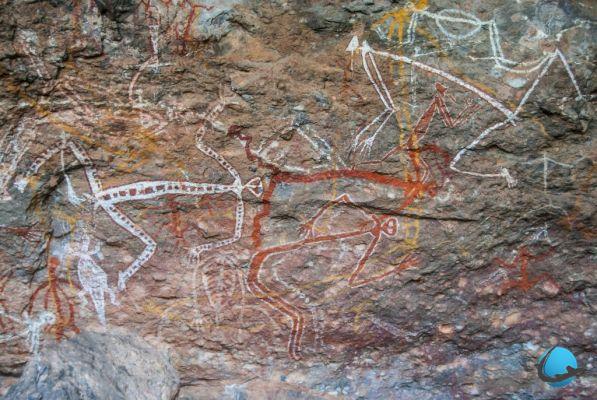 It is not possible to offer you unusual places without telling you about Australia Big Things. Concretely, several sculptors have decided to create gigantic objects across the country. In all, there are 150 across the island: a sheep, a shrimp, a banana, a fish, a guitar, etc. During your trip, try to spot the most. For those who would like to see them all, maps are available on the Internet to help you find these unusual sculptures. 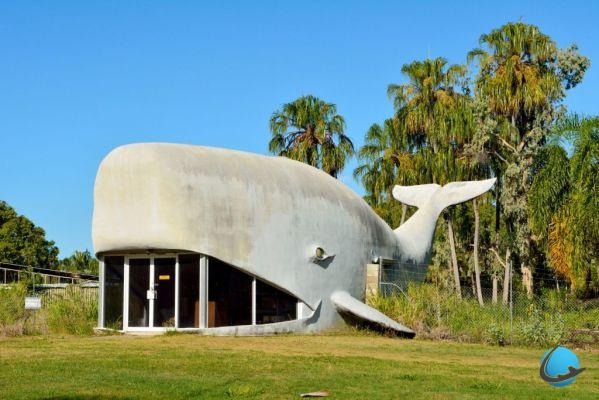 In the Dandenongs, a few kilometers from Melbourne, there is a very special forest. Halfway between Pan's labyrinth and the lord of the rings, dozens of sculptures hidden in the forest : men, women and children are represented there. These sculptures are a tribute to the aboriginal people. In addition, sculptor William Rickets continued his works until his death at the age of 94 in 1993. 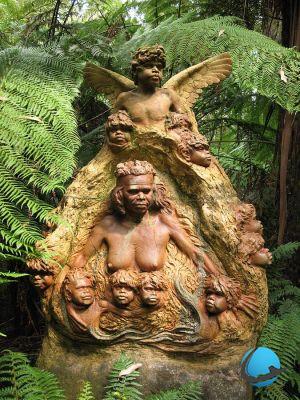 The sculptures of William Ricketts, Australia

The wreck of the SS Ayrfield: an apocalyptic landscape

The SS Ayrfield was a long steamboat intended to transport coal and then supply American troops in the Pacific Ocean. After decades of good and loyal service, she was decommissioned and abandoned at HomeBush Bay west of Sydney. Over time, nature has regained its rights over the ship and it has become a forest floating on the river. 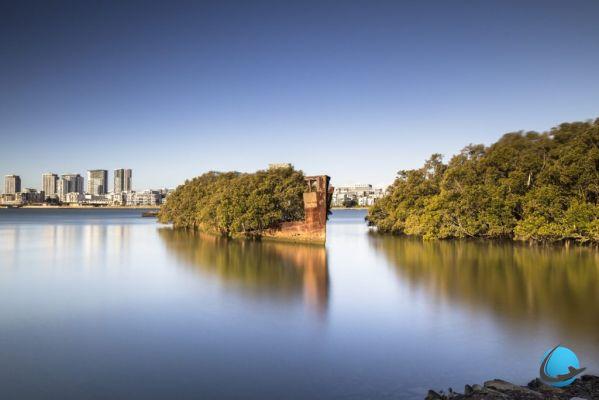 The wreck of the SS Ayrfield, to discover an unusual Australia

In the south-east of the country, two hours from Melbourne, there is an abandoned town called Walhalla. At the time, it was a mining village and many miners and their families lived there.. However, over the years almost all the villagers have left the area, making Walhalla a ghost town. 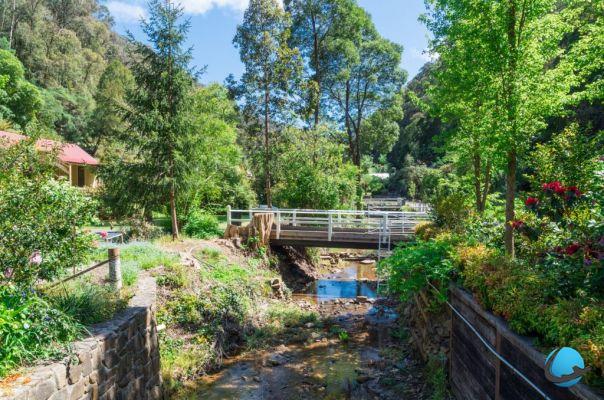 A preference on these 10 unusual places in Australia?

After reading this article, do you have a preference for an unusual place? Did you enjoy reading and discovering this unusual Australia? Leave us a comment !

Travel to Bali: the guide to read before you leave ❯

5 unusual places to discover in Australia

Learn all about Australian history and culture before your trip

Add a comment from Travel to Australia: the 10 unusual places to visit