The Globe of Shakespeare exhibition is the largest exhibition in the world devoted to Shakespeare and the London where he lived and worked. Housed under Bankside in London, the exhibition explores the remarkable history of the Globe, and brings Shakespeare's world to life using a series of interactive displays and live demonstrations. 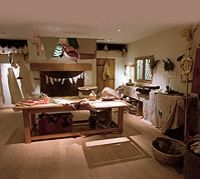 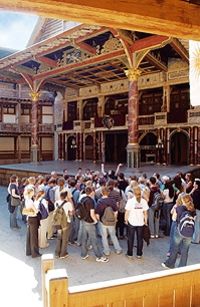 Visit the thrilling and often dangerous world of London, where Elizabethan in 1599, Bankside was the capital's entertainment hub. Ordinary people flocked to see Shakespeare's plays and they laughed, cried, shouted insults at actors, ate and drank during the shows.

You'll listen to recordings of some of the most Shakespearean shows or join the cast and add your own voice to a scene recorded by Globe actors. Create your own Shakespeare phrases and watch a sword fight on the screen, browse the costume collection, where you can learn about the methods used in creating extraordinary garments in the past 400 years ago .

The exhibition tour includes a guided tour of Shakespeare's Globe Theatre, where storytellers take you on an exciting half-hour auditorium tour, traveling time to Elizabethan London with their colorful tales of the 1599 theater experience as well as the reconstruction process of the 1990s and the functioning of the 'o' wood today as a space for imagination and theatrical experimentation.

Important note: rehearsals will also take place throughout the Theater season. Please note that access to Shakespeare's Globe Theater may be limited.