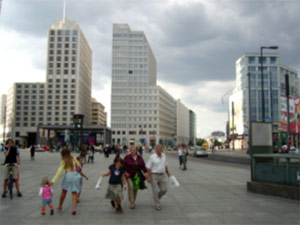 South of the Tiergarten is the Kulturforum, where many galleries and libraries are concentrated, where art is perhaps best expressed in the city.

First there is the Neue Nationalgalerie, totally dedicated to modern art.

It's a bit like Berlin's Beaubourg, where we find painters such as Klee, Ernst, Brancusi, Picasso...

Very beautiful collections to discover for an entry at 6 euros.

The Gemäldegalerie, whose entrance is also fixed at 6 euros, offers older collections, notably from the 17th century, with works by Vélasquez, Watteau, Poussin...

This art gallery is huge, and it takes a whole day if you want to visit it in every corner (we are indeed sweeping through the eras, from the 13th to the 18th century).

Heading towards Potsdamer Platz, we come across Berlin Film and Television Museum, very nice to visit.

We discover all the movements of German cinema, from Wiene to Herzog, via Lang and Lubitsch; a beautiful dive into the 7th art, which also evokes the Nazi propaganda cinema of the 30s: instructive and educational. 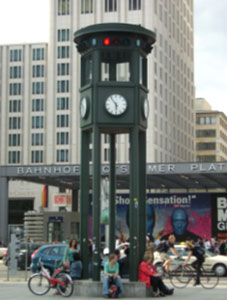 We then arrive at Potsdamer Platz, one of the nerve centers of the city.

For the anecdote, the new place (built after the destruction of the Wall and the end of the partition) was carried out by one of the two architects who had designed the Center Pompidou, in Paris.

Many buildings stand here, offices in particular (the superb Sony complex, with its conical roof, is unmissable!), museums, cinemas (there is the largest Imax screen in Germany), apartments...

But also the building of the Chancellery, which the inhabitants of the city call the "washing machine" (because of its metallic structure which recalls the drum of a machine?).

On the square there are also curiosities, such as "the oldest traffic light in the world" and sections of the Wall, exposed for tourists. 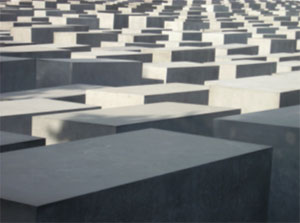 Leaving the square and heading towards the Brandenburg Gate, you have to stop in front of the Holocaust memorial, whose simplicity, even austerity provokes emotion.

Potsdamer Platz is a station on lines S1, S2 and U2.