This glass shoe is actually… a church! 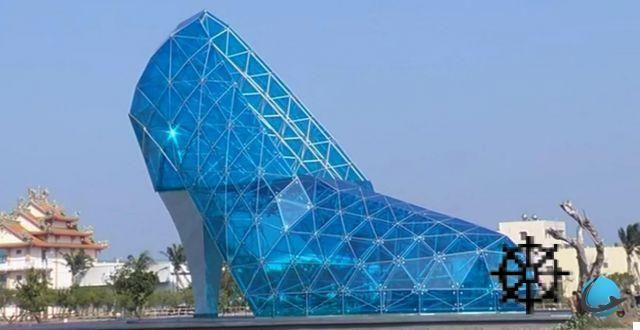 Taiwanese couples will soon be able to bring a touch of XXL glamor to their wedding photos by posing in front of a giant 17-meter-high pump, which will be inaugurated on February 8, 2016 in Chiayi, in the southwest of the island, on the day of the Chinese New Year. The blue glass and steel shoe is already called the “shoe church”.

A shoe designed for tourists ... and honeymooners

But the tinsel monument, which it is hard to imagine where the faithful could stand, is not a place of worship. It was designed to be the backdrop for wedding photos like no other.
Authorities in Chiayi province, on the west coast of Taiwan, are stepping up actions to attract tourists. The giant pump is their latest initiative after the recent inauguration of the local branch of one of the largest museums on the island, about forty minutes by car away.


Despite criticism, with some judging the flashy appearance of the shoe not to match the natural environment, the authorities are sure that "it will become a new tourist spot," Hung told AFP Chao-chang, the spokesperson for the organization responsible for promoting tourism in this part of the island.
“Its design is unique. Most brides love to wear stiletto heels and I believe this building will match their imagination, ”he continued. “In fact, we've already had a lot of calls asking when it's going to open.” 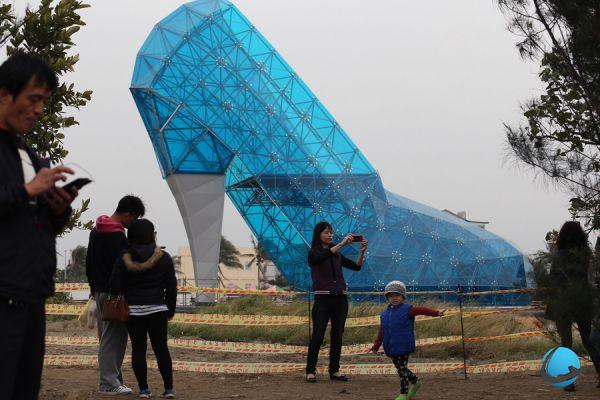 A tribute to a tragic past

Local officials, who spent more than $ 650 on its construction, are hoping the blue glass pump will be as successful as another nearby government-designed facility - two arches known as the "Church of crystal ”- which has become the favorite decoration of Taiwanese bride and groom.

But beyond its aesthetic value, the shoe also testifies to the tragic past of the region. In the 50s, hundreds of villagers in the coastal areas of the south fell victim to gangrene when they swallowed water contaminated with arsenic. Many people have had to have their feet amputated to stay alive. “This shoe-shaped sculpture is there to signal the end of this tragedy,” said Hung Chao-chang. 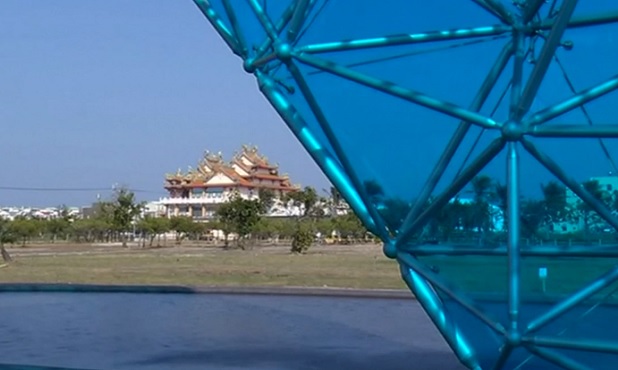 Why go to Cambodia? Journey to the heart of captivating Asia ...

Cambodia or Vietnam? Which destination is right for you?

Add a comment from This glass shoe is actually… a church!