From the XNUMXth century to today

For 750 years, the University of Salamanca has welcomed hundreds of thousands of students behind its walls, including eminent personalities, some of whom in turn became professors there (San Giovanni della Croce, Juan Ruiz de Alarcón, Hernán Cortés, Fernando of Rojas). 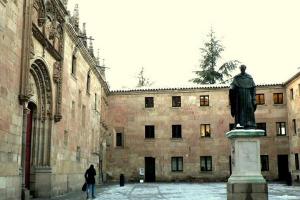 The buildings in the city center which housed the university body are now intended, for the most part, to receive conferences, contain the University museum and freely welcome curious visitors. The calligraphic inscriptions on the stone would originally be drawn in bull's blood and paid homage to the institution by students who had completed their apprenticeship. Today, they only indicate the function of the buildings. 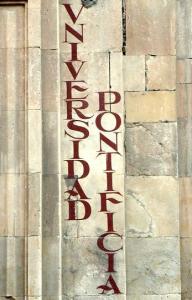 The front of the university

A wonderful expression of Plateresque art, the university's pediment is breathtaking. The latter is full of details and symbols specific to the history of the university and the country. Among other things, we can recognize the medallion of the Catholic Monarchs holding a single scepter, thus representing the unity of Spain. Similarly, a centuries-old tradition put the "rookies", the "rookies" (i.e. first-year students), to the test by making them look for a tiny statuette in the effigy of a frog on the vast pediment of the door of the University. 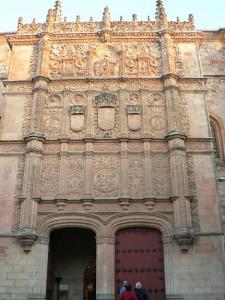 Will you manage to see it too, in the inextricable mesh of stone, with a delicacy worthy of the work of a goldsmith?

Look carefully... There, above the skull... that's it, are you there? 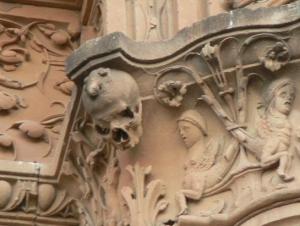 Welcome to the University then!

Practical information (if needed and wanted)

The city of Trogir ❯