The Nullarbor: a major road crossing 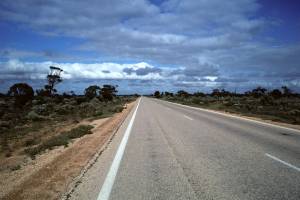 Crossing the Nullarbor Plain is arguably one of the most impressive routes in the world.

Over nearly 1200 km, the Eyre Highway stretches through breathtaking and monotonous landscapes, from Ceduna, in South Australia, to Norseman, in Western Australia.

The term Nullarbor comes from the Latin “nullus arbor” which means without trees.

Indeed, much of what is the largest single fragment of limestone in the world, 250 km000, enough to cover part of Europe, is devoid of trees.

The first car to make the crossing did so in 1921 and the road was not fully paved until the 70s!

480 km from Port Augusta, and therefore 780 km from Adelaide, in the Eyre peninsula, begins the long crossing to the West. Up to the border with Western Australia, there are almost 500 km to cover. 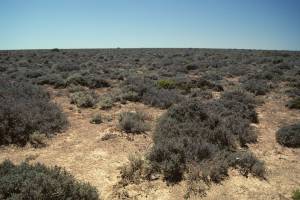 The bleak plain really begins after Yalata, an Aboriginal community where you will find excellent crafts and which also offers, from May to December, right whale watching from the cliffs of the Head of Bight.

From the small village of Nullarbor, it's off for 186 km of road in a flat and empty landscape, through the nature reserve.

Do not miss: the view from the Bunda cliffs, a few hundred meters from the main road: they can reach 90 meters high. 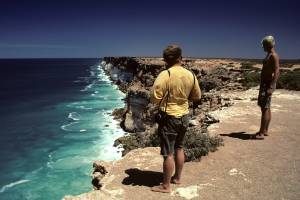 After crossing the border, you are in Western Australia.

At Eucla, an old telegraph station from 1877 highlights the importance of this means of communication in Australia.

Hills and trees appear towards Mundrabilla and will change you from the monotony of the plain, but there are still almost 700 km to the next big town, Norseman…

In Cocklebiddy, you can visit the largest cave in the Nullarbor, whose 50 million-year-old rock is a real Swiss cheese.

Between this stage and Balladonia is the longest road straight line in the world, the "90 miles straight", or 186,6 km without having to turn the wheel...

Don't miss the very interesting museum in the Balladonia gas station, which will tell you among other historical things that part of Skylab fell near here in 1979.

Another 190 km and you finally arrive at Norseman, an old mining town. A return to civilization with its shops, hotels and restaurants. 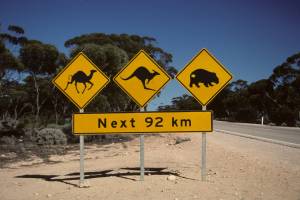 Now that you have crossed the Nullarbor, you have a choice to make: either head north and Perth via Kalgoorlie and the wheat fields, or take your time and turn south towards Esperance and the beautiful south coast -west and the giant eucalyptus forests.

Of course, to get from Adelaide to Perth, it is possible to take the train… but to experience the Nullarbor by car is to measure the immensity of the Australian continent and live an adventure like no other.


Anyone who has spent the night out there, with a 180° view of the starry sky and not a city nearby will tell you “Go there! »…

If you are driving to cross the Nullarbor, remember to take supplies of water and food. Check the condition of your vehicle before departure and remember that there are often nearly 100 km or more between service stations...

Avoid driving at dusk or at night: wildlife is often nocturnal and the risk of collision with kangaroos, camels or emus is high! Even during the day, you have to be very vigilant.

There are controls at the border between South and Western Australia: ban on importing fruit and vegetables and other plants into Western Australia! Sometimes, depending on the season, you will also need to change the time between the two states.

add a comment from The Nullarbor: a major road crossing