The Lion King in show

Characters from Walt Disney's acclaimed Oscar-winning film The Lion King will come to life before your amazed eyes in front of the stage of a London theatre! The phenomenally successful 1994 cartoon has been transformed into a stunning spectacle, with music and lyrics by Tim Rice and Elton John.

The Lion King tells the story of a lion cub named Simba who struggles to accept the responsibilities of adulthood and his destiny as a future king. 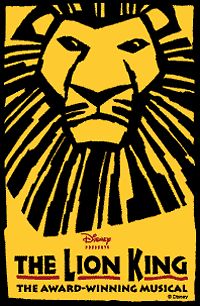 Set against the majesty of the Serengeti plains and evocative rhythms of Africa, Disney's musical "The Lion King" will redefine your expectations of the theater.

A spectacular visual feast, this Disney adaptation will transport audiences to a dazzling world that explodes with glorious colors, sensational effects and enchanting music. At the heart of Simba's powerful and moving story – the epic adventure from little lion cub to king of the Pridelands!

There are two seating options for the show to choose from. First prize seats which provide a good view of the stage and are usually located in the back stalls or on the first balcony. Alternatively, upgrade to the higher-priced seat to enjoy a full view of the stage and get closer to the stars!

Why not enjoy a memorable evening with a two-course dinner at Salieri before the show? A well-known restaurant located near the Aldwych Theatre, Sailieri combines classic British cuisine with an interior decorated with puppets, mirrors, masks and theater memorabilia. Sample menus can be viewed in the itinerary section (below)

add a comment of The Lion King in show