The GR 20, the most beautiful GR in the world!

Hiking enthusiasts, to your Pataugas! The GR20 opens its paths to you for an exceptional crossing of the Island of Beauty! 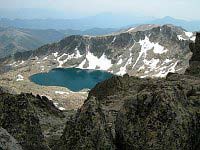 A true legendary trail, it is positioned as the most beautiful, but also the most demanding long-distance hiking trail in Corsica, and even in Europe.

But the effort is worth it! Crossing the island from Calenzana (at the gates of Calvi) to Conca (near Porto-Vechio), this GR "unlike any other" crosses landscapes known to be the most extraordinary of an island of all beauty. 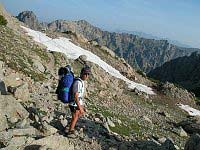 From village to refuge, from valley to mountain, from forest to maquis, the GR20 invites you on a hike punctuated by the song of birds, by the transhumance of herds of sheep or by the typical Corsican songs which rise, magically, from the coffee from the village. There, below, in the valley...

Crossing almost all of the Regional Natural Park of Corsica, it allows you to discover – in a sporting and human way – landscapes otherwise inaccessible.

Hiking atmosphere, the pleasure of the effort accomplished, the joy of discoveries, the magic of the sunsets over the mountains and the forests... 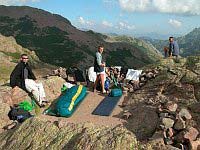 It should be noted that, for the less seasoned, a few country trails that are shorter and less difficult than the GR20, offer other walking discoveries in Corsica.

The "Mare e Monti", the "Mare a Mare",… and several others allow you to meet the authentic Corsican soul.

That of the interior of the island. That of sheepfolds and isolated mountain villages.

A soul that is impossible to approach and love on the sometimes overcrowded beaches of the South or in the fashionable nightclubs of Calvi, Ile Rousse or Saint-Florent. 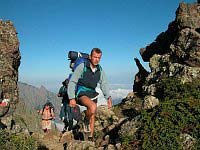 A GR for true lovers of the Island of Beauty!

Visit Briançon: What to do and where to sleep in Briançon?

Visit Blois: What to do and where to sleep?

add a comment from The GR 20, the most beautiful GR in the world!