Test your knowledge! Before leaving for Brussels, take a moment to answer the questions of this little quiz and find out which European you are. 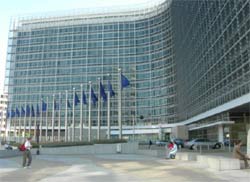 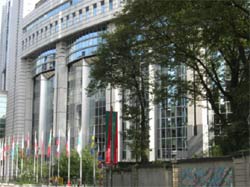 3) The sessions of MEPs take place in Brussels but also in…
a.Strasbourg
b.Luxembourg
c.La Haye

4) The name of the park in the European district is:
a.Leopold Park
b.Lévi-Strauss Park
c.Leonard Park

5) European of the first days, Schuman, who gave his name to the roundabout of the European quarter was…
a.Minister of Culture
b.Minister of Defense
c.Minister of Foreign Affairs 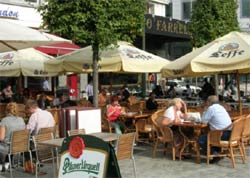 Answer 1 : A – 2003. Before that date, they were held in the city a city of the country which assumed the rotating presidency of the Council.
Answer 2 : B—Berlaymont.
Answer 3 : A – The seat of the European Parliament is in Strasbourg, some plenary sessions are held in Brussels and its General Secretariat is in Luxembourg.
Answer 4 : A – Leopold Park
Answer 5 : C – Robert Schuman was Minister of Foreign Affairs from 1948 to 1952.
Answer 6 : C – 732 since June 13, 2004. MEPs are elected by universal suffrage for 5 years.
Answer 7 : B – 121 billion euros. The EU budget is voted by the European Parliament.
Answer 8 : C – A rule which imposes the choice of a commissioner per country.

If you have less than 4 correct answers:
Warning ! You may be an unknowing eurosceptic! It's time to address your shortcomings. Your mission: take a guided tour of the Commission (they're free!) and attend the plenary sessions of the Parliament to better understand Europe.

Brussels is also the heart of the European Union, not just the capital of beer and chocolate…

Practical information
To send your requests for visits to the institutions