The discovery and occupation of the Australian continent

A discovery in several stages 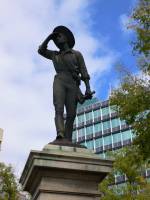 When we cross Australian territory today in a few hours by plane and stroll through the calm and civilized order of Australian cities, it is hard to imagine the difficulty and violence of the colonization of such a continent. !

And yet, while the Spaniards and Portuguese were present in New Guinea and several Pacific islands from the 16th century, it was not until the end of the 17th century that the existence of a "terra australis" was definitively established. certified in Europe!

“New Holland” at the time was indeed considered a land so arid, inhospitable and economically uninteresting that few expeditions were organized to conquer it.

In 1642, however, a Dutch ship led by Abel Janszoon Tasman was commissioned to explore the economic possibilities of this area. Failed attempt!

After a stopover in Mauritius, Tasman successively discovers Tasmania, New Zealand and the Fiji Islands, thus circumnavigating the continent without ever seeing the coast of Australia!!

It was therefore finally in 1770, almost 3 centuries after the discovery of America, that Captain Cook's expedition landed on the eastern coast of Australia at Botany Bay.

Cook then wrote the first "optimistic" report on Australia, and marked the beginning of English colonization.

The first convoy of British "settlers" landed only 18 years later, in 1788.

It is made up of 780 English convicts (whom London no longer knows where to send after the loss of the American penal colonies of Georgia, Virginia or Carolina!!) and 250 soldiers in charge of supervising them!!

Faced with the hostile environment of Botany Bay, the fleet decides to set sail again and ends up discovering on January 26, 1789, "the most beautiful and the largest harbor in the world" where they can settle, Sydney Cove...


A violent and difficult colonization

The living conditions of the first settlers in Australia were extremely difficult, both for the convicts condemned to hard labor and life in prison, and for the isolated, rationed and terrorized civilian population.

During the early years, the survival of the colony depended entirely on the resources brought in by ship from England once every 2 or 3 years! 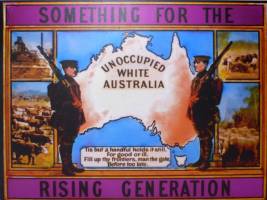 At the time, the balance of power was reversed, since Australia had 1000 English settlers for 300.000 to 1 million Aborigines.

Despite their presence, the settlers declared Australia "terra nullius" and began distributing the land to prisoners who had served their sentences.

The extermination of the aboriginal population began then with the diseases coming from the West, the armed conflicts with the colonists and especially the confiscation of their territories, their sacred places and their game.

Thanks to rum, Merino wool and the arrival of new settlers, the Australian colonies grew rapidly.

New penal colonies were established in 1803 in Tasmania, then in Moreton Bay, territory of present-day Brisbane, in 1824.

To ensure English domination, a small colony was also developed in Perth on the west coast, then Melbourne and Adelaide were founded in 1836. 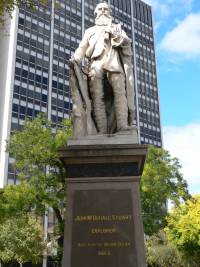 The explorer Mc Douall Stuart made the first North-South crossing of Australia.

The discovery of the interior of the continent was made between 1840 and 1860 thanks to frenzied explorers.


Many thought they would discover an inland sea and a fertile center in the middle of Australia, but what they mostly encountered was desert and thirst.

Only one man, taken in by the aborigines, survived the expedition long enough to be able to recount it and make the two heroes into national legend. 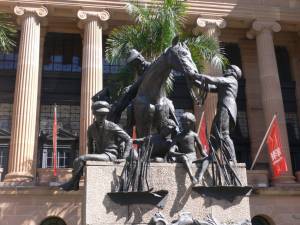 the departure of the digger

In 1851 the discovery of a gold mine in the Melbourne region led to a massive influx of British and Chinese settlers in Australia.

This demographic and financial influx enabled Melbourne to gain ascendancy over its rival Sydney.

It is the time of the mythical "squatters", "diggers", of Ned Kelly, of easy fortune, and of the murderous raids against the aborigines. 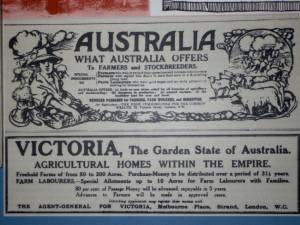 At the end of the 18th century, 3.700.000 settlers finally settled on Australian territory.

After years of negotiation, the various Australian colonies finally decided to cooperate and form a federation on January 1, 1901.

A neutral capital had to be chosen to satisfy rivals Melbourne and Sydney, so it was decided to build a new city, Canberra, halfway between the two rivals.

From 1901, the history of Australia is therefore that of an independent country trying to define its national identity.

The Miro Foundation, inaugurated in 1976 ❯