London has the particularity of sheltering in its bowels all kinds of people and all kinds of lifestyles. Hometown of several famous musical artists such as the Beatles and the Rolling Stones, it is also famous for its Queen.

As a result, with a vibrant culture and a distinguished population, London is an exceptional city. It has as many sites to discover as Turkey and its ancient cities: the National Gallery is one of its great museums.

It closes all the great works of renowned painters. A few minutes away, you will discover the famous Big Ben, Peter Pan's big watch. And on the way, you will most certainly cross Tower Bridge from where you can see the famous Great Fire of London monument.

In the heart of the city, you will enter the City of London, a particularly stunning locality. London city is the metropolis of the city's economic activities, it is home to businesses and companies in its streets.

Impressive, there are only a few houses in this region and few people go there except for business, apart from tourists.

The city testifies to the lively evolution and the very great intelligence of Londoners, we have rarely encountered such advanced technology in the construction and structure of buildings: the architecture is impressive.

Surrounded by beautifully landscaped parks, the residential districts of the capital are found in the western region and once you have seen these residences, you will easily understand what kind of people live there. London City represents the city in its opulence. 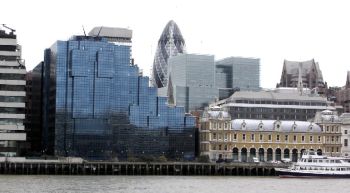 Nearly 300 people come to work every day in the towers of the City. The residents of the district, for their part, are only 000.

To a large extent, the fates of international finance still depend on the decisions made in this financial fortress.


It is a leading decision-making center, where you will have difficulty finding a restaurant in the evening.

The City may be located in the historic location of London and its municipality can boast of a line of 673 mayors, but the fact remains that on weekends and evenings, the district is almost deserted.

So visit the City during the week, in the morning or at lunchtime at the latest. You will probably go there for professional reasons, but if you ever have a few hours of leisure, the City is full of museums and vestiges to discover its Roman and medieval past. 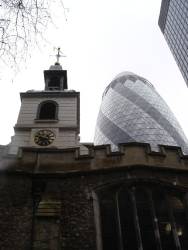 Here, the streets bear the names of trades of yesteryear. But London's trading societies – the guilds – did not disappear.

Today, the City still has 107 guilds that live in the shadow of the multinationals. Looking at their list, ancient meets modern.

There are goldsmiths, arrow makers and fishmongers, but also airplane pilots and “world traders”.

But above all, keep in mind that these associations are not relics of history.


They still have important control and training missions. Think that goldsmiths have been certifying the quality of English gold for seven centuries! 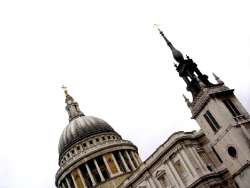 Multinational towers continue to grow. One of the newest skyscrapers is the Swiss RE, with its very recognizable egg shape.

At the foot of these towers, in the middle of this multi-billion dollar capitalist game of chance, the 38 churches of the old City are still there, alongside the temples of finance that are the Royal Exchange Palace and the Bank of England, a Fort Knox whose outer walls are 2,5 meters thick.

And for those who like to walk around, not far away is the Saint-Paul Cathedral with its large dome, barely smaller than that of Saint Pierre.

The South West coast: from Esperance to Cap Naturaliste ❯

add a comment of The City, temple of commerce