The city of Vic

Another important stage in Romanesque Catalonia is the town of Vic, which is located barely 2 hours from Girona and which, with only 40.000 inhabitants, represents an important center of activity in the region, in particular thanks to the many fairs which are organized on the large square.

And it is in this city that the magnificent Episcopal Museum of Vic is located.

You will enjoy strolling through these small streets dotted with architectural treasures and it may be an opportunity for you to discover Catalan gastronomy in one of the many restaurants in the city.

See also our activity: Hot air balloon flight over the volcanoes of Catalonia 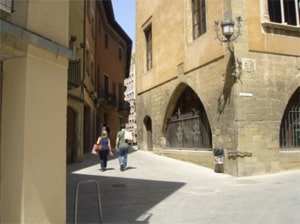 The city of Vic is cited from the XNUMXth century BC as the regional capital that it has continued to be until today, as reflected in its architectural heritage.

Center of the Iberian tribe, tributary city under Roman occupation, partially destroyed at the beginning of the 9th century, rehabilitated at the end of this century by Wilfred the Hairy who made it the capital of the County of Osona Vic, you will find all these stages of the history of the city of Vic by walking through its narrow streets.

Some places of interest 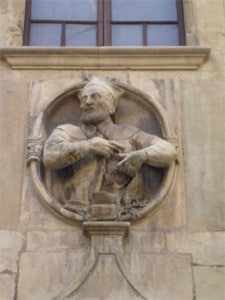 Among the many sites of interest that the city has, you will have understood that you should not miss the Episcopal Museum and you will take advantage of it by taking a look at the Cathedral.

This one has only kept its Roman bell tower and its crypt which contrasts terribly with the later enlargements during the 18th century but for those who will take the time to discover the city in more depth, you will be intrigued by the Roman temple vestige of the occupation at the beginning of the first millennium, or in another register, the Museum of the art of leather.

Take the green guide, all the houses you come across have stories more amazing than the others.


A dynamic city that has kept its own rhythm 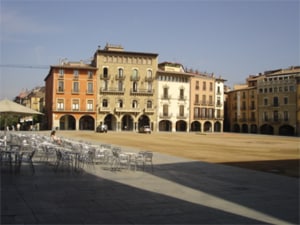 With at least one fair per month, it is not impossible that you come across the cheese and honey festival or even that of gastronomy, that of antiques or even that of vintage cars.

The hundreds of stalls, spread out in this gigantic square surrounded by superb arcades surmounted by historic houses with facades of all colors, give the whole a very picturesque atmosphere.

It will also be an opportunity to practice Catalan, a hint:

Multes Gracies, or something like that, means thank you very much and goodbye says: Adeo!