Boi Valley is a magical place. Surrounded by high snow-capped peaks until the first months of summer and bordering on 3000 meters, it is dotted with small villages, each more charming than the next with their old stone houses and slate roofs.

It is in this marvelous setting that the Erils family had many churches erected, true treasures of Romanesque architecture.

Of parochial type, they do not compete in size with those of Ripoll, La Seu d'Urgell or Vic and are also less richly endowed, the frames were often made of more economical wood.

However, they have a very special charm and 8 churches and a hermitage in the valley were recognized as world heritage in 2000.

They add to the many interests of the valley, a great cultural interest.

The mountain, the real one! 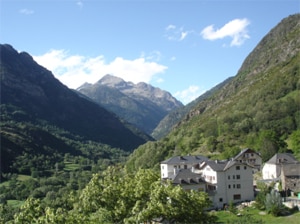 The ski resort of Boi Taüll Resort is the highest in the Pyrenees with its summit at 2751 meters and all the slopes spread over a single slope descending to the village of Taüll.

It is also possible to practice many adventure sports in the valley such as mountaineering, ice climbing, paragliding, etc.

Obviously, many hikes are proposed and very well marked, they will allow you to reach the most beautiful peaks and to have very beautiful views of the surrounding mountains and valleys.

For very precise and detailed information, contact the Mountain House in Boi. 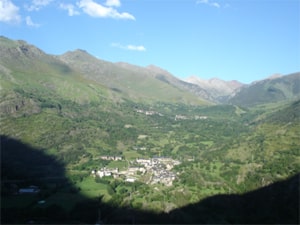 It is therefore in this place that you can discover splendid Romanesque churches, most of which have been restored, giving you an idea of ​​the frescoes that covered the interior. 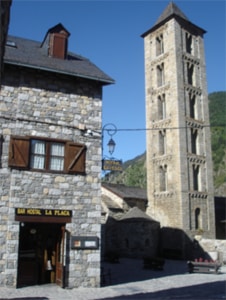 Since being named a World Heritage Site in 2000, church attendance in the valley has doubled.


Tourism in the valley has also increased, especially in summer, but without clogging the valley.

Anyway, the Vall de Boi remains a favorite destination for Barcelonans for winter sports and apartments and houses for rent are quickly booked up during the winter.

There are also unpretentious hotels that welcome boarding families in a very friendly atmosphere.

Out of season, these hotels are less crowded and you will find beautiful rooms with mountain views in each of the small villages in the valley.