The 9 most beautiful stations in the world 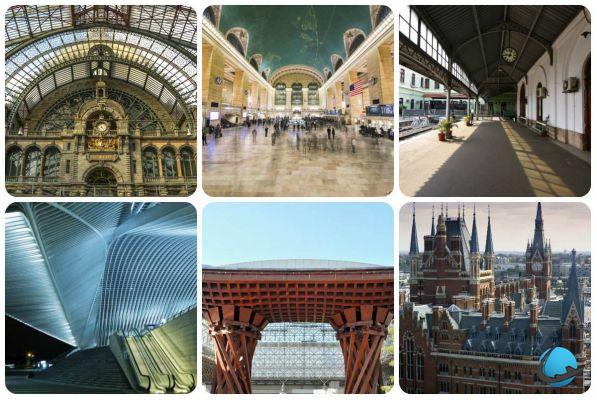 Stations that make you want to take (and wait) the train

You will see that sometimes it is good to wait for the train!

Traveling and going on vacation also means discovering these essential and often overlooked places of passage. Small tour of the most beautiful stations in the world.

Voted “the most beautiful station in the world” by the American site Mashable, the Antwerp station was built between 1895 and 1905, at the request of King Leopold II. Its architect, Louis de la Censerie, was inspired by the train station in Lucerne, Switzerland. Its real name, Antwerpen Centraal, is made entirely of stone, glass and metal, and stands out like a cathedral thanks to its dome 75 meters high. The site benefited from a renovation in 2009, on the occasion of the deployment of the TGV network in Belgium and the link to Amsterdam, in the Netherlands. Proof of its appeal, it won the European Grand Prize for Cultural Heritage. 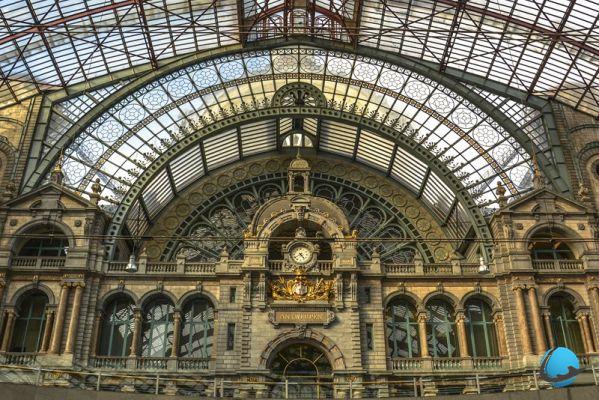 Liège-Guillemins station saw itself propelled into the 2009st century when it was inaugurated in XNUMX, revealing its slender metal profile after ten years of work. Today emblem of the city of Liège, the station was designed by the Spanish architect Santiago Calatrava Valls and is distinguished by its two large steel arches. The place took the name of the district where the work was carried out. 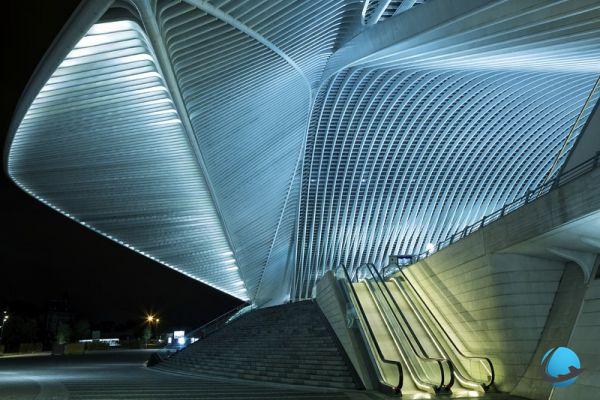 Since 2007, passengers aboard the Eurostar no longer stop at London Waterloo but at London Saint Pancras. A historic train station, of Gothic architecture, built in the Victorian era, which is distinguished by its red bricks. It is located near the British Library, the famous London library which houses copies of Magna Carta and Gutenberg's Bibles. Originally, Saint Pancras was built to facilitate access to the Midlands. Its main hall is named after its designer, William Henry Barlow. 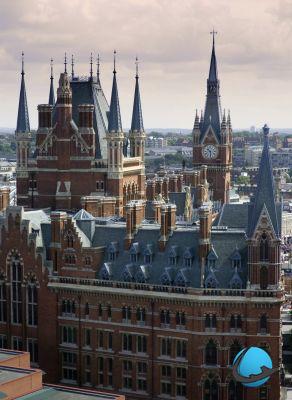 In New York City, Grand Central Terminal is a tourist attraction on its own. It transports passengers (and simple visitors) in history with its large clock, its Greek and Roman sculptures, its theatrical balconies and its green ceiling, painted by a Frenchman, representing a sky map. The visit continues in the “main concourse” which leads to a maze of restaurants and stalls. It is also in Grand Central that the famous oyster bar (Oyster Bar) thrones. Finally, it leads to the “Grand Central Market”, where amateurs will find delicatessens and caterers over an area of ​​120 meters. 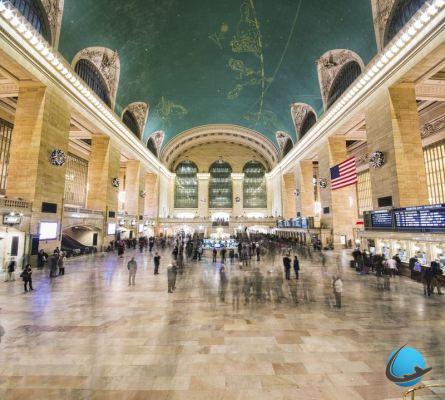 The Malaysian capital stands out with a train station that mixes Eastern and Western styles. Pristine white, it was built at the start of the 1910th century, and completed in XNUMX. Better to enjoy it from the outside to take effective photos. 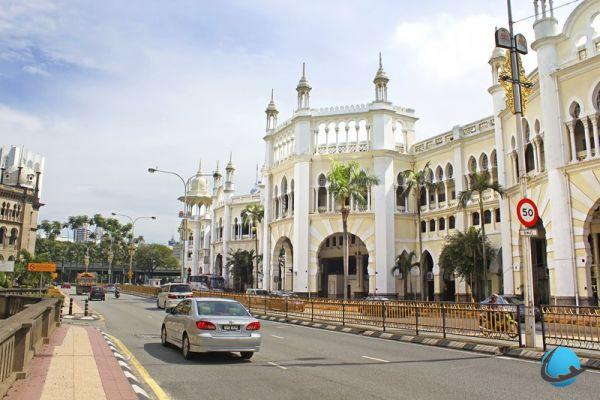 Atocha station is the largest in Spain. Trains serve Andalusia as well as France or the suburbs of Madrid. Its very first construction dates back to 1851, but much of it was destroyed by fire at the end of the 7000th century. Visitors notice it today for its glass and steel architecture, and especially for the tropical garden that dominates the lobby. 2004 trees, plants and palms have been planted. Madrid-Atocha station is infamous for having been hit in March XNUMX by terrorist attacks. 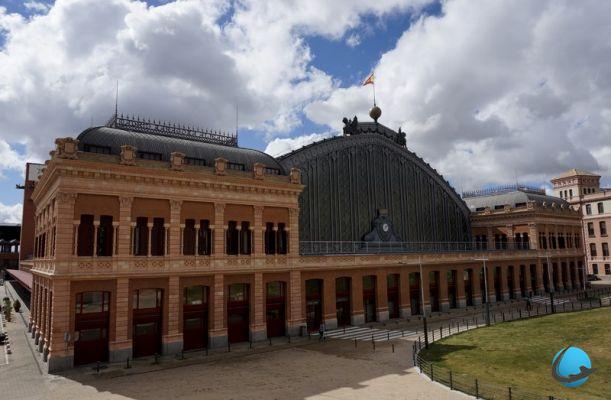 In Mozambique, the capital Maputo preserves a testimony of history: its train station. The site was indeed designed by Gustave Eiffel himself. Passengers can still approach today two steam locomotives dating from the beginning of the XNUMXth century. Maputo Station features exhibitions and organizes jazz concerts. 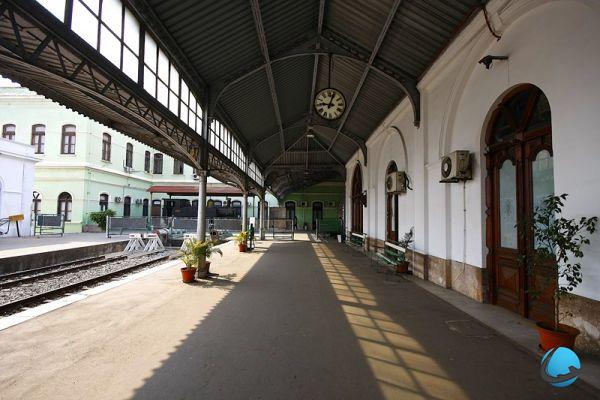 In the land of the Rising Sun, Kanazawa station, in the north-central part of the island of Honshu, facing the Sea of ​​Japan, combines modernity and history. At the entrance, a huge torii, that is to say a traditional portal that welcomes visitors to Japanese shrines, rises up to 14 meters high. Inside, it's a futuristic station that receives passengers, with its majestic glass dome housing a well-stocked shopping center. Its roof is equipped with solar panels, which earned it the title of Japan's first ecological station. 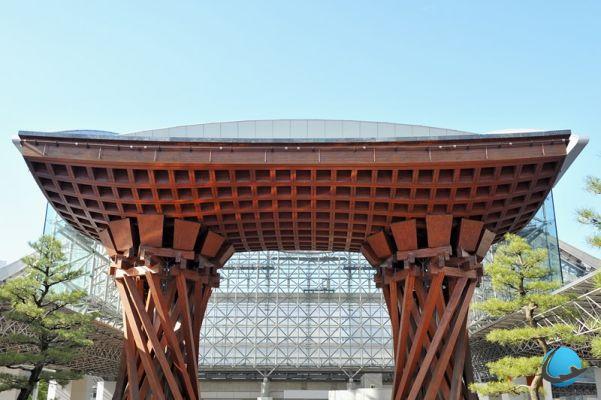 In the state of Victoria, in Melbourne, everything leads to Flinders Street station, which stands out as the central axis of a cultural city. Its Victorian architecture and ocher color contrasts with the landscape, even when it is raining. This symbol of Melbourne faces the Federation Square, steeped in modernity. Flinders Street Station was completed in 1854. It was Australia's very first station, and the start of the first steam train in the country. 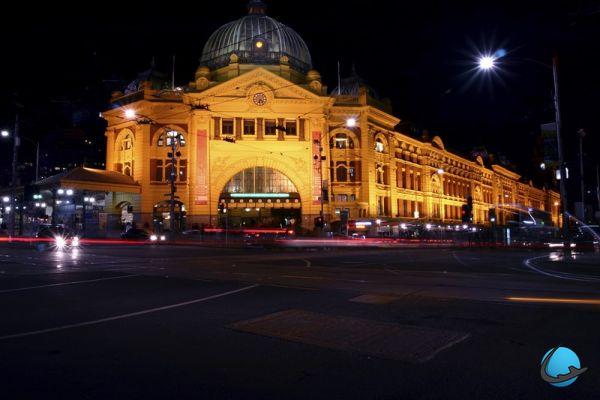 The Algarve: the 4 unmissable places in southern Portugal ❯

The 10 most spellbinding photos of the Earth from the sky

Cheap plane tickets and flights: book without mistakes with Easyvols

The 15 most beautiful pictures of the Northern Lights

The 10 most beautiful photos of abandoned places in Europe