The 8 places to see absolutely during a stay in Madagascar 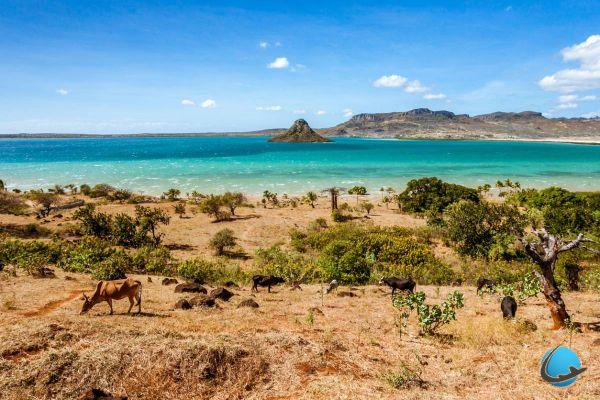 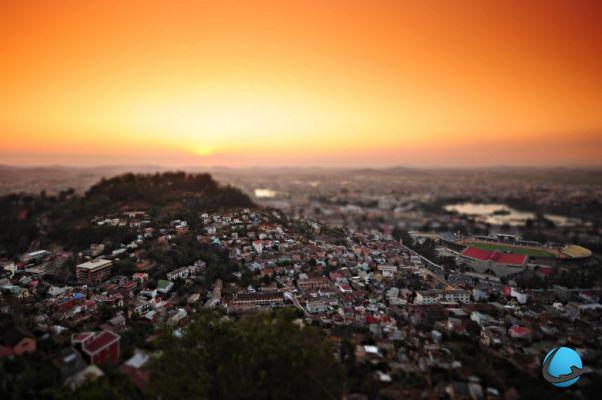 The sprawling capital of the country spreads its districts over 18 hills. Its galloping urbanization offers a variety of attractions, designed to satisfy backpackers looking for a total and sometimes brutal change of scenery, as well as more traditional tourists looking for historical monuments and traditional architecture.

They will travel with pleasure the district of the Queen's Palace and its old colonial houses, while adventurers will meet the locals in the Upper Town by crisscrossing its winding alleys. Perched on the many high points of the district, they will take advantage of the unmissable lookouts that offer travelers incomparable landscapes.


How to visit the island of Madagascar?

The distances in Madagascar are important between the different places of interest. It can be interesting to fly to minimize travel times, especially if you only enjoy a limited stay. The Malagasy air network is well developed and covers a good part of the island. A unique and unmissable train line runs through the country from Fianarantsoa to Manakara. Count all the same 13 hours of journey for 180 km!

For short journeys, bush taxis and their urban equivalent, be-taxis are ubiquitous and allow you to move quickly from one point to another. Be careful, because some intermediaries can be unscrupulous, and it happens that suitcases are unexpectedly unhooked from the roof just before departure! The most efficient and safest solution is still renting a 4 × 4. There are many service providers (such as Madevasion) spread across the island, whose offer ranges from car rental with driver simple vehicle rental.

The alley of the Baobabs 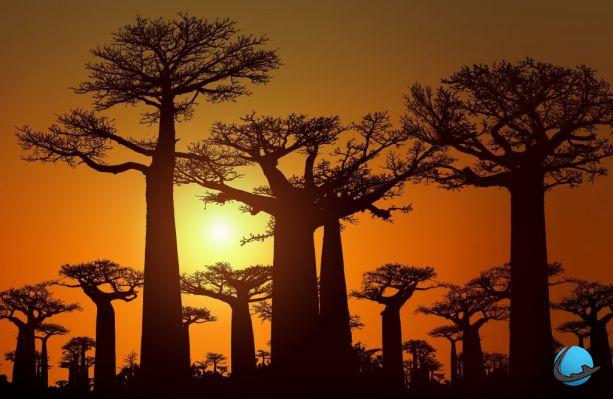 The Baobabs alley in Morondava

Only 20 km from Morondava on the road to Belon'i Tsiribihina, around twenty majestic baobabs, called "roots of the sky" by the Malagasy, frame a dirt road that winds between pastures. The place, enjoying the status of temporary protected zone since 2007, attracts more and more tourists who gather at sunset and sunrise to take pictures of these ancient trees. To get there, Morondava benefits from regular air lines but can also be reached by road or even by boat. A chance for all lovers of grandiose landscapes! 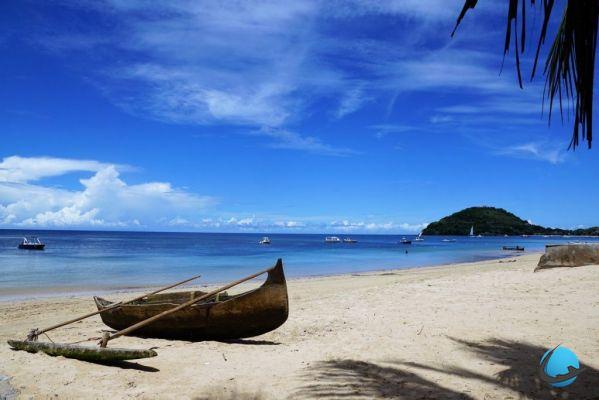 The island of Nosy Be is considered the essential pearl of Madagascar. And for good reason, its geographical location in the northwest of the Big Island allows it to enjoy a tropical climate, ideal for basking on its isolated beaches which slope gently towards the sea. Extreme sports enthusiasts will be delighted by the many diving spots that dot the coast, while more bucolic tourists can indulge in gentle hikes in the middle of the sugar cane fields. For travelers tired by their journey, Nosy Be is the resort to see and recommend ! 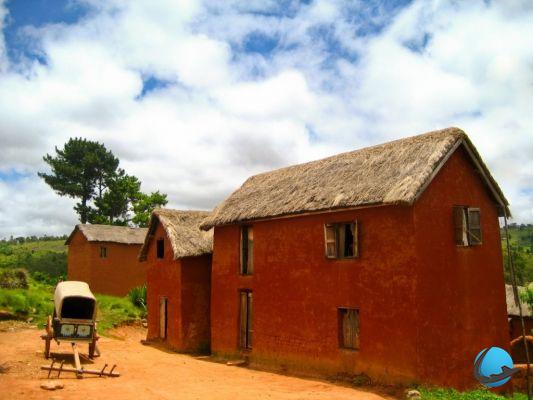 Right in the center of the Big Island is a large peasant village typical of the region. The many harnessed zebus that roam the city as needed and its beautiful brick and adobe houses give Ambositra a very special charm. We find there a soft and relaxing atmosphere, where local artisans are recognized as masters, particularly in the field of marquetry and wood carving. The surrounding villages scattered on the mountains that surround Ambositra will be an opportunity for travelers to immerse themselves in the local culture and to discover lifestyles very different from those of the urban ones. 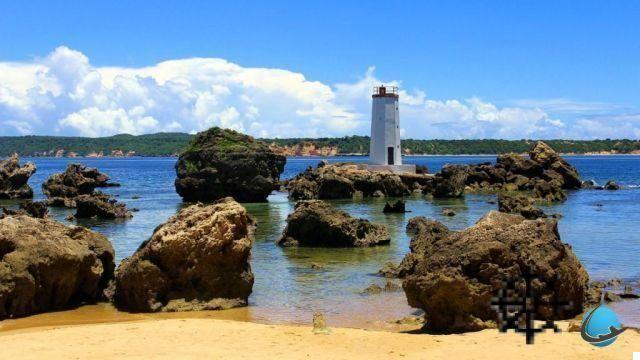 Located at the northern tip of the island, Diego-Suarez Bay, which takes its name from the two navigators who explored it in the 15th century, is actually an assembly of 4 related bays that open onto a narrow channel. towards the ocean. Former French garrison and third port of the island, the city of Antsiranana remains strongly marked by colonization and strives to exorcise his old demons with a bubbling festive and multicultural identity. The unmissable hinterland is also worth a detour with its typical fishing villages or the Montagne d'Ambre national park. 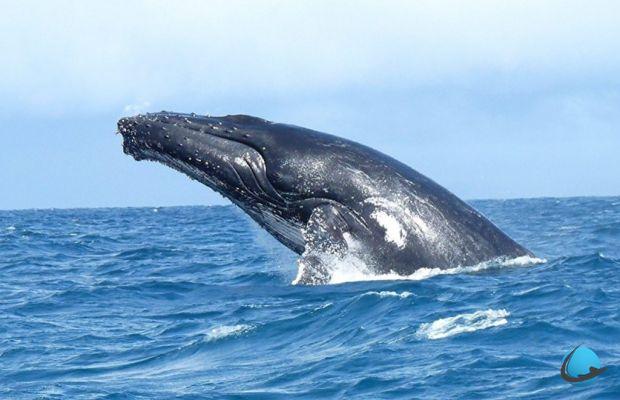 On the east coast, Île Sainte-Marie is best known as a refuge and an observation point for the unmissable humpback whales who come here to enjoy the calm and protected waters to give birth. Many providers offer to take you aboard their boat as close as possible to cetaceans without disturbing them. Coral reefs proliferate in the tranquil waters, attracting many scuba diving enthusiasts and the interior of the island boasts incredible biodiversity and locals always ready to make you smile. A little gem to see urgently! 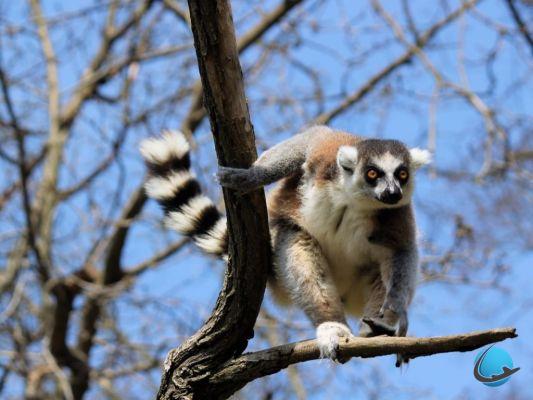 This immense massif of eroded Jurassic sandstone reflects all the diversity of Madagascan nature. Very popular with travelers, this site is particularly an opportunity to see the famous lemurs evolve in their natural environment. The landscape is like the Big Island: wild, multiple and picturesque. Deep canyons dotted with dark caves follow palm forests crossed by rivers filled with endemic species. The "Madagascan Colorado" with its breathtaking panoramas and its many cross roads is a trip in itself that will delight trekking and hiking enthusiasts. 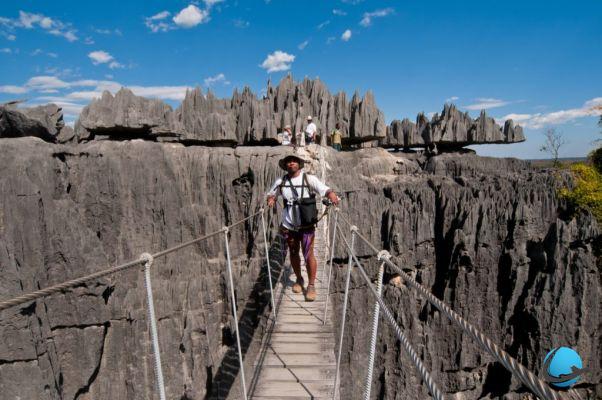 200 km north of Mondorava, Tsingy de Bemaraha National Park is surely one of the most astonishing geological sites in Madagascar. Its majestic karst formations which take the form of tapered needles several tens of meters high are now listed as World Heritage by UNESCO. The canyons and gorges that navigate between the rocky clusters are home to a unique flora and fauna, including raptors, all kinds of endemic plants as well as a dozen species of lemurs!

Exoticism in its purest form

Separated for millennia from the African tectonic plate, Madagascar has evolved at its own pace, evolution sometimes choosing strange paths with results as astonishing as they are magnificent. Fauna and flora are shimmering, exuberant, sometimes endemic but always prolific.

Malagasy culture is at the crossroads of African and Asian cultures and like its unspoiled nature, the villages retain a strong identity with roots as deep as those of their famous baobabs. The bustling cities of activity keep track of the various colonizations, milestones of an eventful but enriching history.

In summary, Madagascar is a unique nature in the world, a culture that is no less so and a people as eclectic as they are sympathetic! How not to succumb to the calls of pure exoticism?

The 9 landscapes of Iceland that you must absolutely see ❯

Why go to Madagascar? Authenticity, lagoons and baobabs!