The 5 unmissable places of Nice 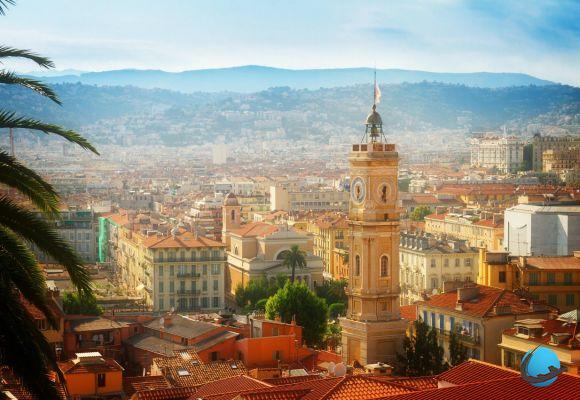 These sites to visit absolutely during a stay in Nice

Obviously, when we say Nice, we immediately think of the Promenade des Anglais. We could also evoke the traditional carnival, which takes place every year in February. But it would be a shame to limit the capital of the Riviera to just these assets: Nice is full of places to discover during a short weekend.

For an immersion in the Nice atmosphere, head to Cours Saleya. We fill up with colors and scents while discovering the typical dishes of the region. Bordered to the south by the ponchettes, these low one-story houses, the Cours Saleya hosts an antiques market every Monday.
The other days of the week give way to flowers, fruits and vegetables. We stroll among the many stalls, we take the opportunity to taste the tapenade, anchoïade, fougasse or socca, a pancake with chickpeas.


2. The Matisse museum and the MAMAC

Since 1989, in a superb XNUMXth century residence, the Matisse museum has been one of the must-sees in Nice. Henri Matisse's paintings and sculptures are exhibited there all year round.
Then, head to the Museum of Modern and Contemporary Art, the MAMAC, to admire works by Warhol, César, Yves Klein, Niki de Saint Phalle and many others.

It was the very first Orthodox church built outside of Russia. For a guaranteed change of scenery, we visit this Saint Nicolas cathedral in Nice, funded in 1912 by Tsar Nicolas II. We marvel at its unique architecture, its woodwork and its gilding.

Whatever may be said, it is impossible not to include the famous promenade in this selection. On foot, by bike, on rollerblades, on a segway… you are spoiled for choice to cover the seven kilometers that run along the Baie des Anges on the legendary Promenade des Anglais. When you reach the end, all you have to do is climb the castle hill. The latter has long since disappeared but the view is breathtaking over the city and its surroundings.

Place Massena is the real center of Nice with its arcaded buildings, its red facades that evoke Italy and allow you to take beautiful photos. Place Rosetti is just as charming with its typical houses.

The 6 Most Beautiful Places to See Nature in Australia ❯

What to see and do in Toulouse? Visit l'Occitane rose!

The beaches of Charente-Maritime: which one to choose according to your desires?

6 things to do or visit around Strasbourg

Add a comment from The 5 unmissable places of Nice