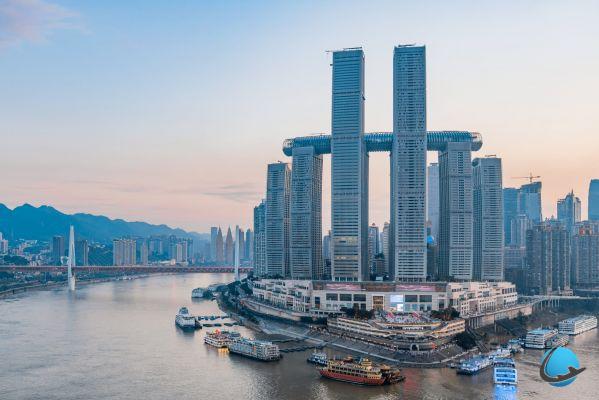 In the shape of an animal, egg or bamboo ... round, pyramidal or stretched towards the sky, the buildings of the last century are designed by architects who compete in inventiveness, creativity and genius. Discover the 14 most unusual and astonishing buildings in the world !

Burj Khalifa, the tallest skyscraper in the world in the United Arab Emirates

Since May 2008, the Burj Khalifa in Dubai has been tallest human structure ever built. With its 828 meters high, it is talked about around the world. 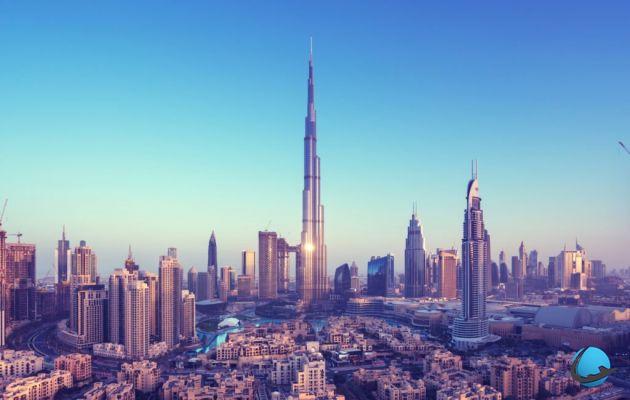 In Melbourne, the Eureka Tower stands out for its 24 carat gold panels reflecting the sun, as well as by its sculpture "Queen Bee" composed of 12 golden bees. 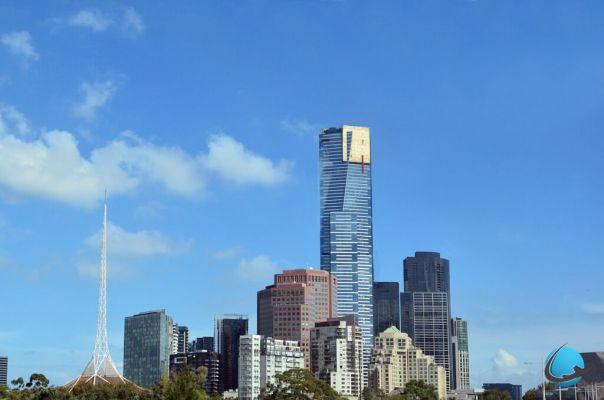 With its 102 meters high, its 3 towers connected to their summit, its eye and its mouth, the Chang Tower, located in Bangkok, imitates an elephant. Definitely one of the most unusual buildings in the world! 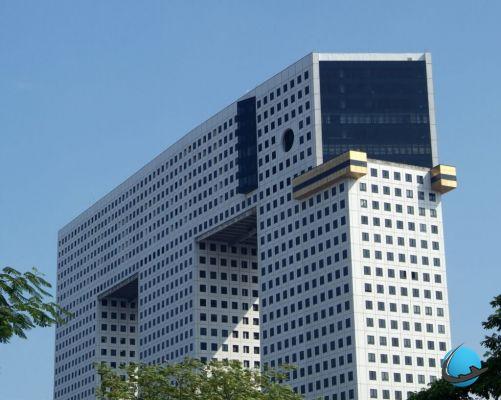 Taipei 101, the anti-seismic bamboo in Taiwan

What makes Taipei 101 one of the most unusual buildings in the world is its shape, reminiscent of a bamboo or a pagoda. But also its particularity to be resistant to typhoons and earthquakes. 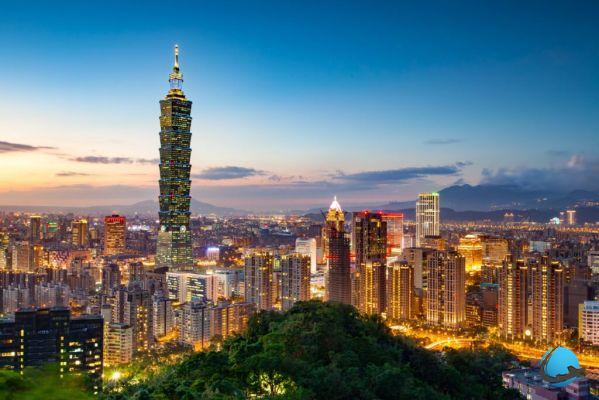 Taipei 101 in the evening

Inaugurated in 2018, La Marseillaise won the second prize in the competition for the most beautiful skyscraper in the world, awarded by Emporis. This office tower, located in Marseille, features 30 colors with shades of blue, white and red. 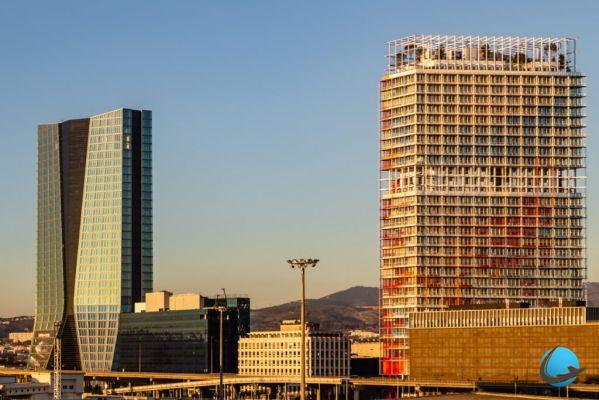 La Marseillaise, on the right

The ArcelorMittal Orbit, a drunken tower in the United Kingdom

Emblem of the London 2012 Summer Olympics, the Orbit Tower designed by Anish Kapoor and Cecil Balmond is sometimes nicknamed the “Drunken Eiffel Tower”. Indeed, its rather crazy structure makes it one of the most unusual buildings in the world.

The Ryugyong hotel, a derelict project in North Korea

In Pyongyang, this amazing iron pyramid was supposed to be the tallest hotel in the world but several problems have slowed the finality of the construction since the laying of the first stone in 1987. 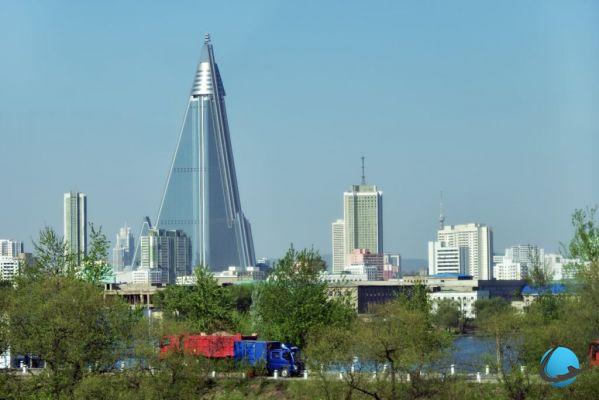 It's hard not to be surprised by what is undoubtedly one of the most unusual buildings in the world. This basket accommodates ... the head office of a basket manufacturing company ! 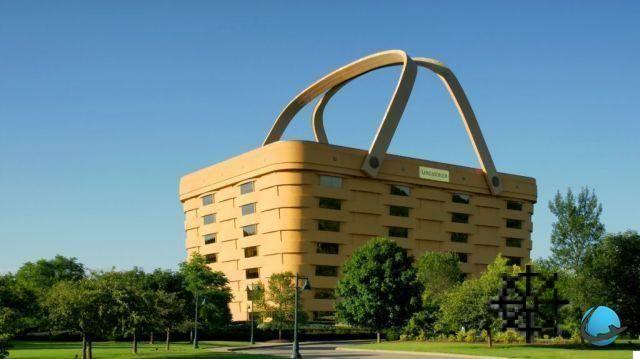 The national library, the small rhombicuboctahedron in Belarus

The form of this bookcase is none other than small rhombicuboctahedron, or an Archimedean solid with eight triangular faces and eighteen square faces that lights up with LEDs at night. Astonishing, no? 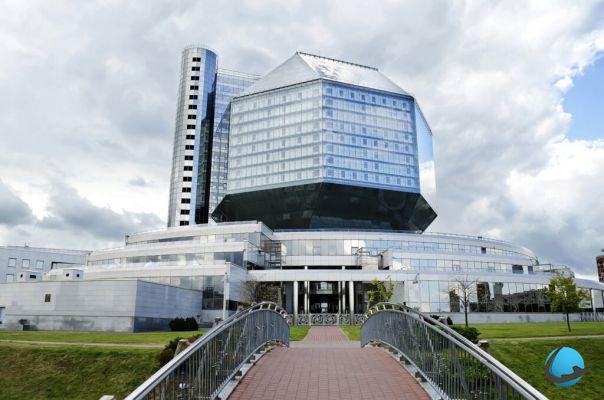 The National Library of Belarus

The National Center for the Performing Arts, an egg in China

This surprising elliptical building, made of titanium and glass, was designed by Paul Andreu, a French architect. An artificial lake reflects it in the manner of the Taj Mahal.

The Performing Arts Center in China

The Aldar Headquarters, the eye of a fly in the United Arab Emirates

In Abu Dhabi, we find one of the most unusual buildings in the world : in the shape of the eye of a fly or of a coin according to its own gaze. The Aldar Headquarters does not leave you indifferent! 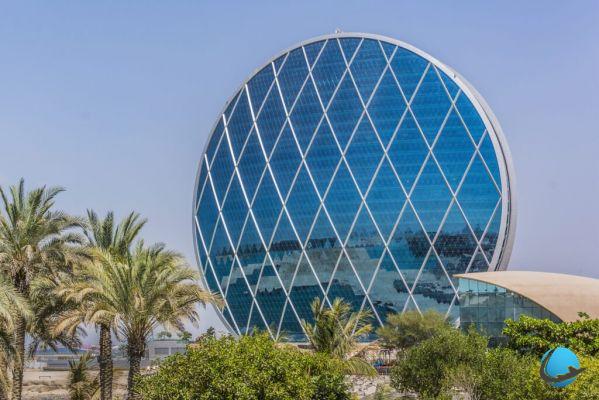 The Crystal, a horizontal skyscraper in China

The Raffles city Chongqing or "Crystal" is amazing: an air bridge connects four towers out of a total set of 1,12 million square meters. 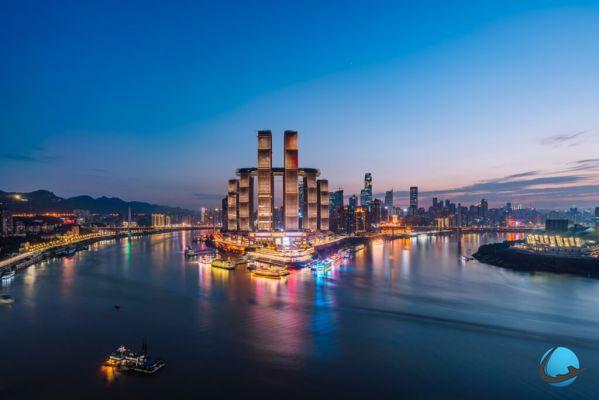 The Burj-al-Arab jumeirah, a giant sail in the United Arab Emirates

It is one of the symbols of Dubai and of most remarkable hotels in the world. The architect Tom Wright designed this 5 star hotel in 1993, on an artificial island. 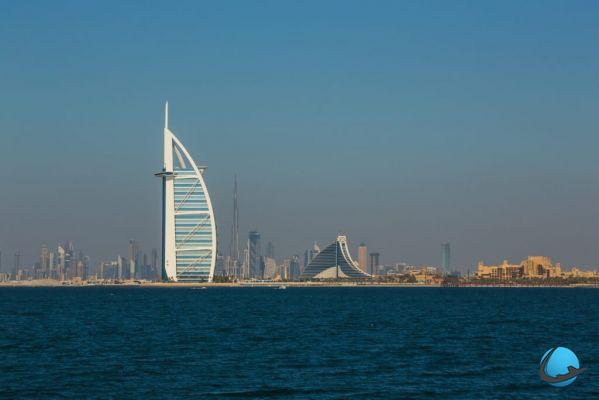 The Shanghai Tower, a skyscraper that is spinning in China 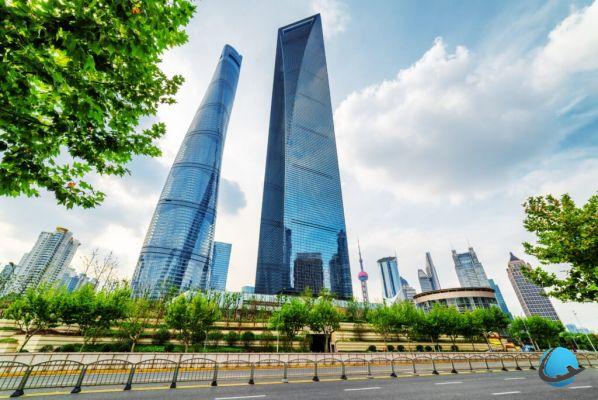 The Shanghai tower, on the right

If the sight of these most unusual buildings in the world didn't make you dizzy, check out our article on the buildings of New York!

The 15 most beautiful pictures of the Northern Lights ❯

4 tips for traveling with your pet

Add a comment from The 14 most unusual and astonishing buildings in the world!