The 10 Most Beautiful Cities in Denmark You Must Visit 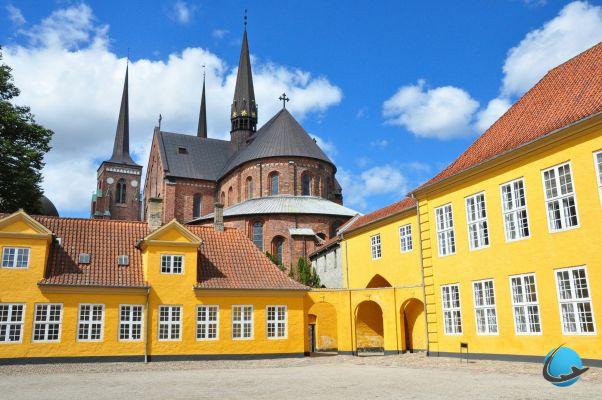 From the largest cultural cities (Aarhus, Copenhagen, Aalborg) to the smallest villages (Sønderho, Ærøskøbing, Svaneke), Denmark has many assets that appeal to tourists from all over the world. The ideal is to discover these cities on foot or by bike to become aware calm and softness to live who reign there. Discover the 10 most beautiful cities in Denmark that you absolutely must visit!

Nicknamed "The city of smiles", Aarhus is a particularly dynamic city in Denmark. Elected European capital of culture in 2017, it shines thanks to its many museums and in particular:

Finally, one of the city's most visited attractions is Den Gamle By, an open-air museum for walking around the city. reconstructed old town. 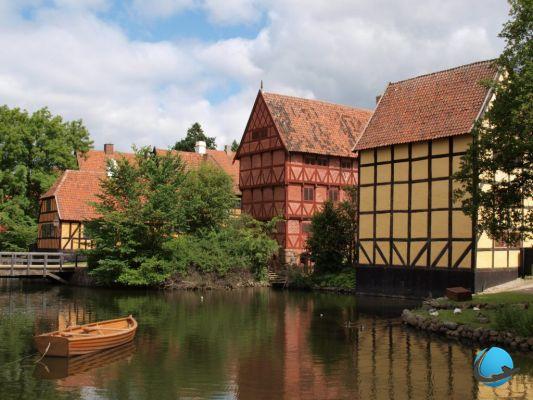 Den Gamle By Museum in Aarhus

Copenhagen is Denmark's largest city and the most populous. It is absolutely necessary to visit this capital with rich colors and flavors ! Stroll its streets, taste a cinnamon snail, photograph the colorful houses along the canals, ride a bike like the locals and have fun in the incredible Tivoli Gardens. Between its admirable historical monuments, its works of urban art and the constant presence of design, Copenhagen is a living city which combines the past and the present very well. 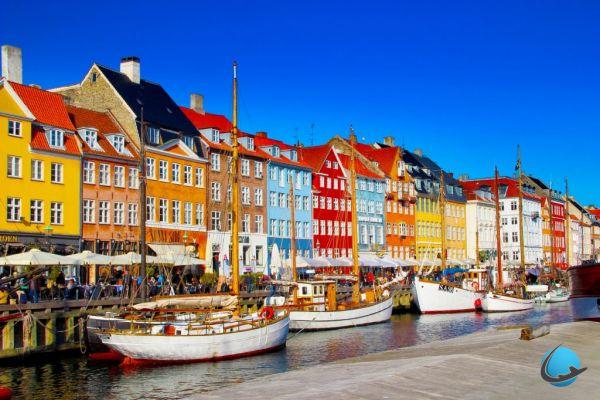 Located north of Jutland, Aalborg sits on the banks of the Limfjord which cuts through the top of Denmark. Do not miss these two visits: 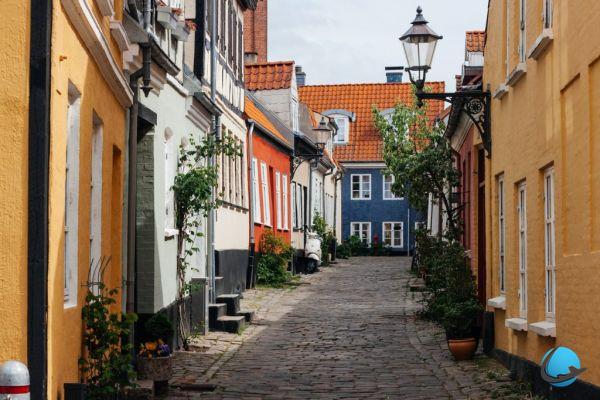 Main city of the island of Funen, Odense is the hometown of famous Danish storyteller Hans Christian Handersen. A museum is dedicated to him, as well as a festival which takes place in summer over a week and aims to make this Danish city known on a national and international scale. Odense really relies on this tourist aspect which brings magic to its city. At Funen Village, float between dream and reality! Here you will experience the ambience of the rural villages that inspired Handersen's fairy tales. 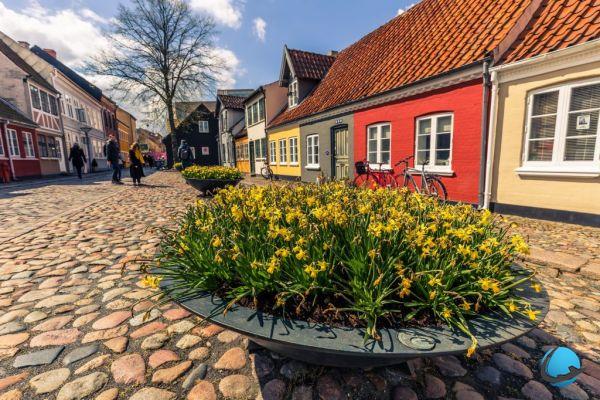 Ribe, the oldest town in Denmark

Founded at the beginning of the XNUMXth century, Ribe is the oldest town in the country and also the best preserved. Its maritime past was very rich from the Middle Ages to the beginning of modern times. The development of tourism in the XNUMXth century then prompted the city to preserve its historic city center. You will discover in particular the Romanesque cathedral of Ribe whose construction began in 1150! Finally, take a look at the Museum of Fine Arts, former villa of Balthazar Giørtz, which houses a collection of Danish works of art. 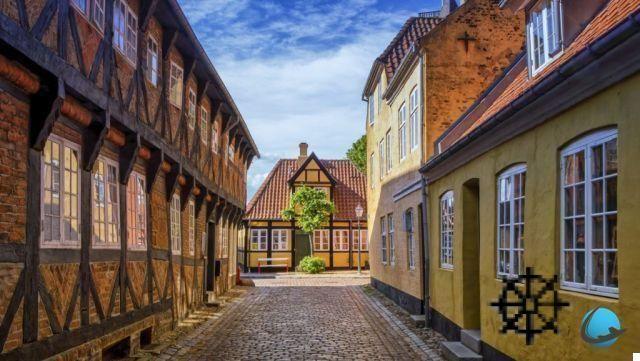 Elsinore and its remarkable castle

The star of Elsinore (or Helsingør in Danish) is the kronborg castle, a remarkable example of a Renaissance castle listed in 2000 as a UNESCO World Heritage Site. It is also known under the name of “Castle of Hamlet” because it is in this place that Shakespeare located its history at the very beginning of the XVIth century. Flânez sur Stengade, the main street of the city, you will thus combine shopping and observation of the local architectural heritage. 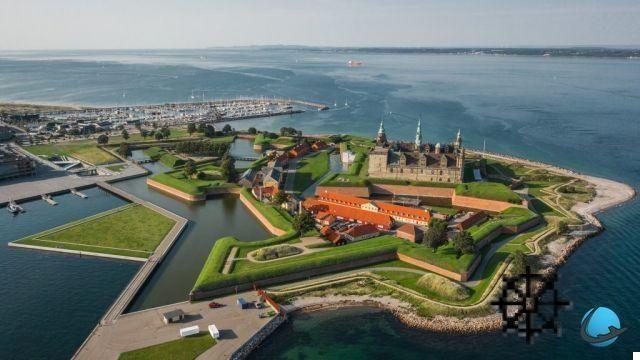 Postcode on the small island of Ærø in the south of the country. It is a very small town in Denmark with only 942 inhabitants. The houses and streets have been delicately renovated to retain their character of yesteryear. The oldest house dates from 1645. Each year, more than 4 couples get married in Ærøskøbing! The small streets, the colorful houses and the hygge atmosphere present everywhere attract these couples looking for an idyllic and romantic place. 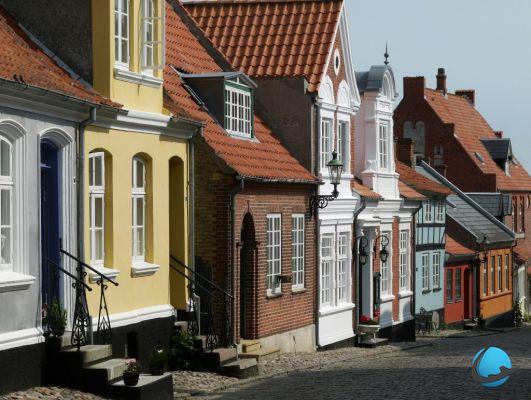 Located on the paradisiacal island of Bornholm, Svaneke is a simple fishing village of a thousand inhabitants. You will be won over by half-timbered houses from the XNUMXth and XNUMXth centuries preserved thanks to an urban plan, as well as by its small red church with a pointed black roof. Go to the discovery of the craftsmen: glassblowers, painters or ceramists, for a truly picturesque visit to this charming town in Denmark. 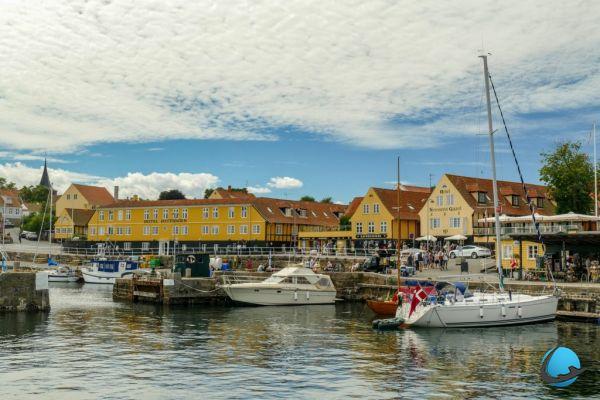 Kolding, between port and culture

Almost halfway between Ribe and Odense, Kolding, located in the Kolding Fjord, is a port town. It also offers two major cultural points of interest: 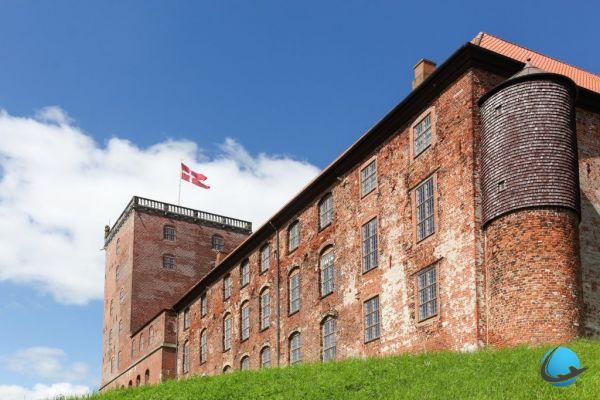 Sønderho, the most beautiful village

Small village of 295 inhabitants, present on the island of Fanø, Sønderho has around 300 well-preserved buildings dating mainly from the 2011th and XNUMXth centuries. In XNUMX, Sønderho was voted the most beautiful village in Denmark. You will be charmed by the red brick houses with their thatched roofs and white-tiled windows so typical of Danish cities. You will certainly have the feeling of walking in a fairy tale ! 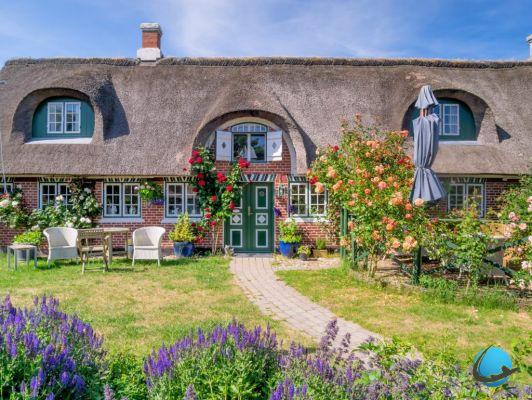 Achieving a top 10 of the most beautiful cities in Denmark is difficult as each city has its charm in this country which makes a point of honor to make its environment warm and comfortable. If you want other ideas for your itinerary, don't hesitate to add these few towns: Kerteminde, Mariager, Faaborg, Skagen, Ebeltoft, Roskilde, Dragor, Hillerod. Do not hesitate to leave the urban landscape to explore the natural landscapes of the country. And to deepen your knowledge of Copenhagen, follow our top 15 must-see visits to the capital!

The 10 most beautiful monuments in the world in pictures ❯

15 must-see places to visit in Copenhagen

Culture and history of Denmark: all you need to know before you go!

Why go to Denmark? Head north for an unforgettable trip!

The most beautiful landscapes of Denmark in pictures