See the best of London in an afternoon, with a visit to the Tower, a city tour including St Paul's Cathedral and a cruise on the Thames. 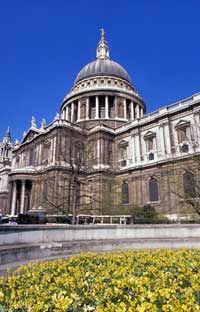 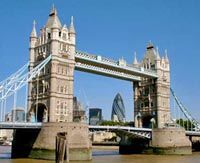 London was built along the banks of the River Thames 2.000 years ago. So one of the best ways to experience and enjoy the city is to take a cruise on the Thames. You'll have stunning views of the Houses of Parliament, the London Eye, the South Bank Arts Complex and, of course, London's famous bridges.

The Tower of London is an ancient fortress steeped in centuries with tales of assassination and betrayal, guarded by jet black crows. The splendidly dressed Beefeaters will tell you about the history of the Tower, including the tragic tales of the royal family and the nobles who met their end within its walls. You will also see the fabulous Crown Jewels including the 6000 year old Diamond, Koh-I-Noor and the impressive Coronation Regalia.

You can then continue by coach to the City of London, where you can see buildings dating back to medieval times. The Romans founded Londinium here 2.000 years ago.
You'll see the glorious dome of St. Paul's Cathedral, the elegant mansion, home to the Lord Mayor of London, and the nearby Bank of England, known as the Old Lady of Threadneedle Street, in the heart of the city.

This excursion includes a guided tour of Sir Christopher Wren's masterpiece, St. Paul's Cathedral. Crowned by the magnificent dome which continues to dominate the City of London, the cathedral was rebuilt after the Great Fire of London in 1666. In recent years it has seen the marriage of Charles, Prince of Wales, Lady Diana Spencer and, more recently, Thanksgiving services for both the Golden Jubilee and Her Majesty The Queen's 80th birthday.

Cruise on the island of La Tortue ❯

add a comment of Thames River Cruise, Tower and City of London Tour