Dinner, guided tour and Opera show: savor the best of Sydney. Enjoy a guided tour of the Opera House, a UNESCO World Heritage Site, then savor an upscale dinner at one of Sydney's finest restaurants. End your visit with a performance by the Australian Opera. 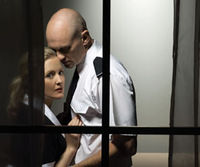 Opera Australia is the union of Australia's two great opera companies – Australian Opera and Victoria State Opera. The companies merged in early 1997, creating the third largest opera company in the world, building on traditions of excellence and modern innovation. In 2010, Opera Australia presents five new productions, including two Australian premieres and eight revivals and three concerts at the Sydney Opera House, featuring music from Handel to the present day.

You will begin the evening with a guided tour of Australia's most famous icon, the Sydney Opera House, followed by dinner either at the Guillaume at Bennelong or at the Aria Restaurant. A show by the Australian Opera will complete your experience. You will receive an exclusive Sydney Opera House gift to take away as a souvenir.

Out of stock possible! The Sydney Opera House and Australian Opera ticket including a dinner is regularly appear sold out weeks in advance. Book in advance to avoid disappointment.